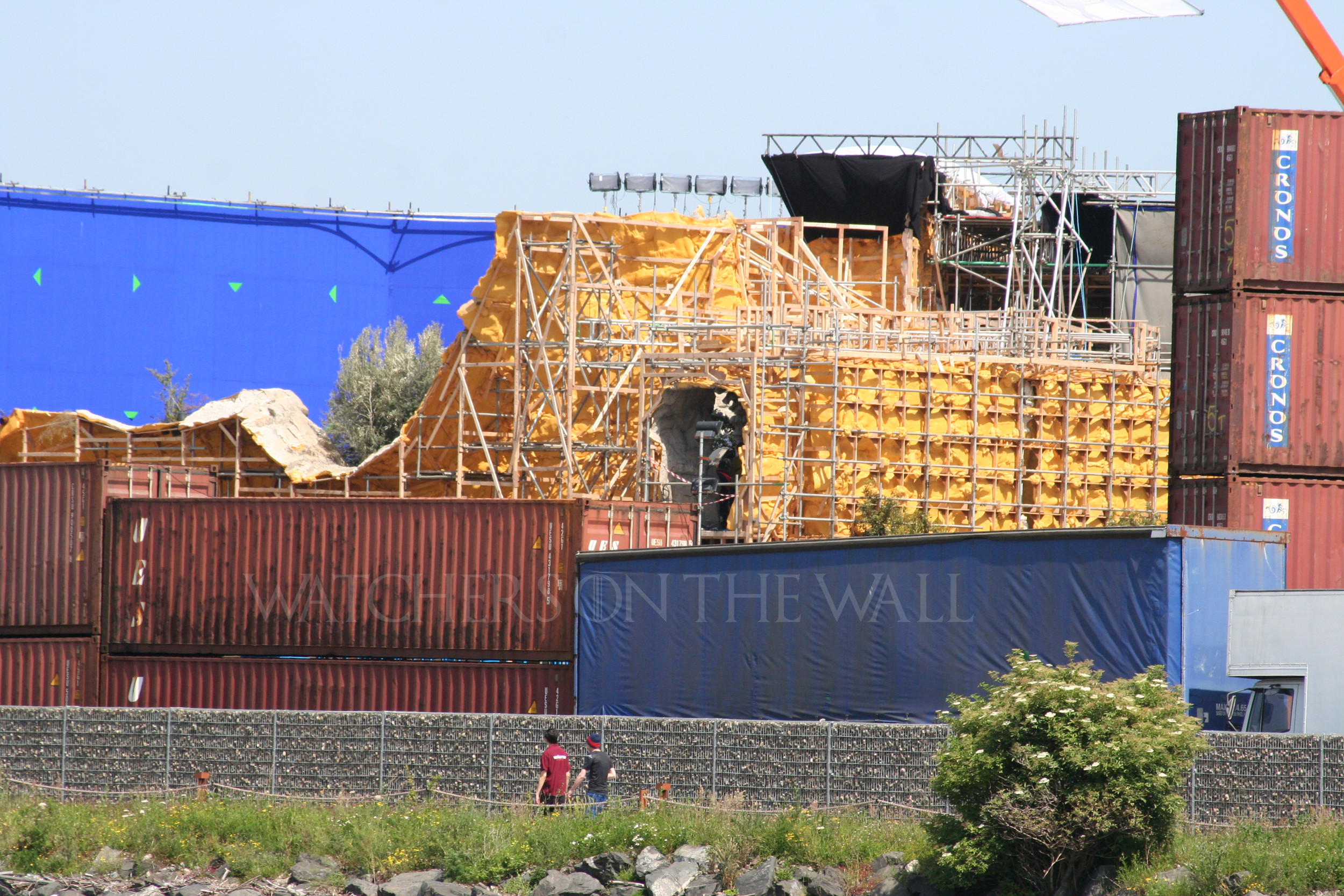 We’ve been lucky enough this week to receive a batch of exclusive set photos giving us a taste of the Game of Thrones prequel, Blood Moon, as the pilot films in Northern Ireland. Today, our source has uncovered a few fresh angles among their stash of photos, offering a few more nuggets of info for us to pore over, including a hint at a familiar Great House of Westeros!

We more or less saw this shot yesterday but it was far away, as you can see in the photo up above, showing us the exterior of the cave; below you can see it with the weirwood tree off to the left. We can’t actually assume all these pieces are part of the same set; it’s possible that portions are sectioned off or shuffled around as needed for shooting. 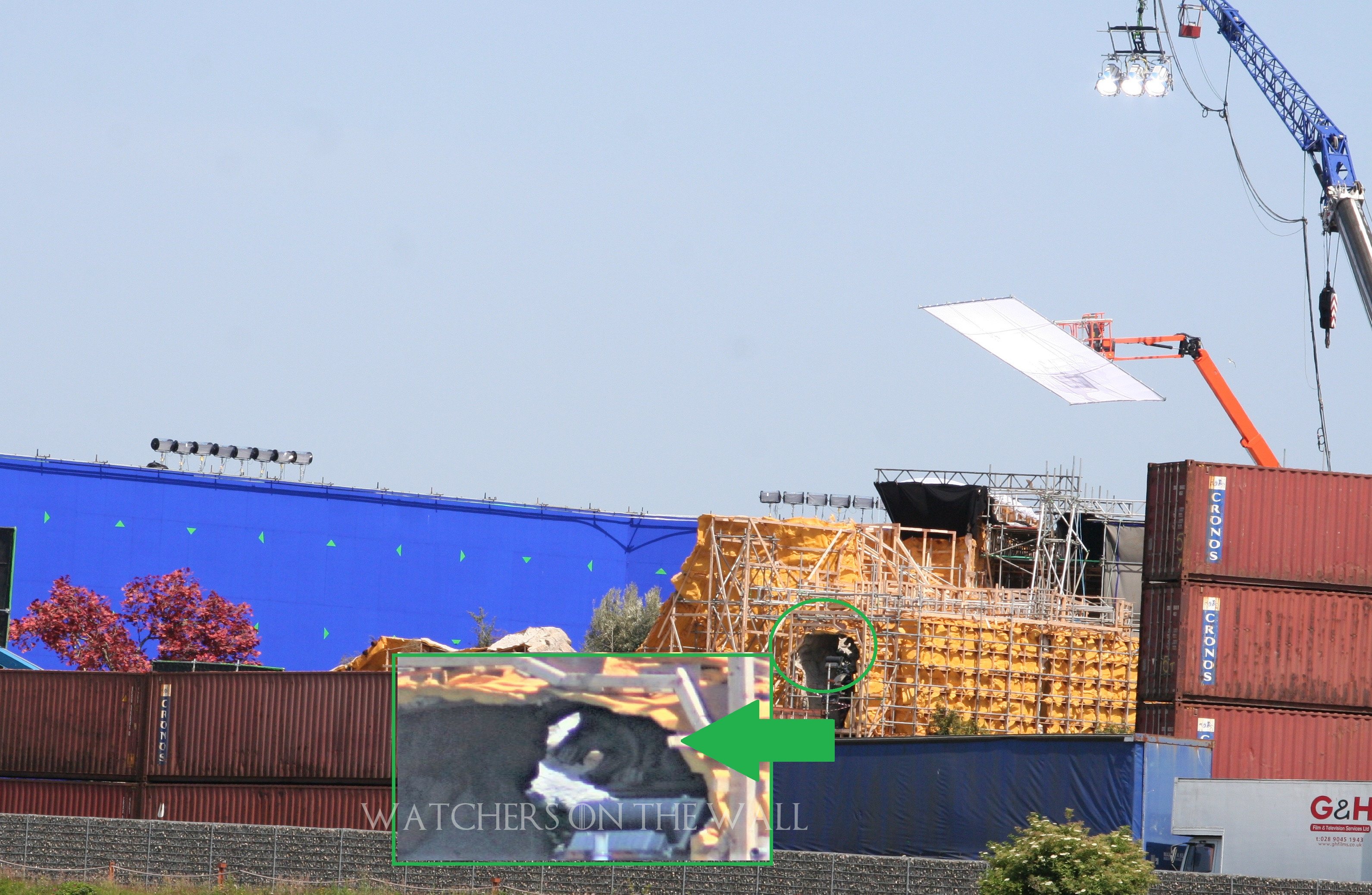 Looking close….that’s a lion’s head statue! Game of Thrones packed up their stuff and left a long time ago, so this isn’t random. 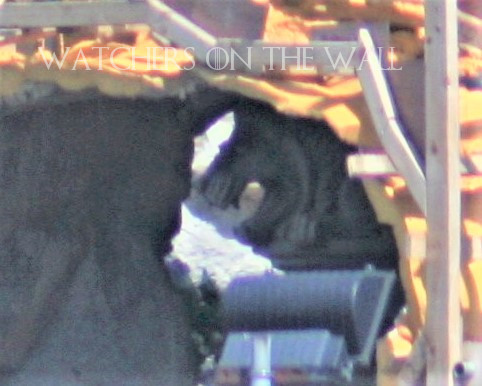 What do they need this for? Speculation time! The new show is reportedly set in Westeros’ past, per the official announcement, “the world’s descent from the golden Age of Heroes into its darkest hour.” House Lannister began around this time, with the surfacing of Lann the Clever, when he tricked Casterly Rock away from the Casterly clan. Will we see these famed events from the kingdom’s past? GRRM was always sketchy on the details so the prequel is a good opportunity to expand and fill in the blanks. It would be tremendously fun, and Lann would be a charismatic character- everyone loves a trickster.

In addition, our source has confirmed that the photos published this week were all taken at the Terraces location at the Studios, near the lion’s head.

The other new find from the photos, is a clearer shot of the prop board June schedule. It mentions for locations, WI COURT, VILLAGE (most likely Galboly filming), INN, ENCLAVE, BARN, SY & RA HOUSE, LONG HALL, FORT HALL/BATH HOUSE, OUBLIETTE, and TERRACES. 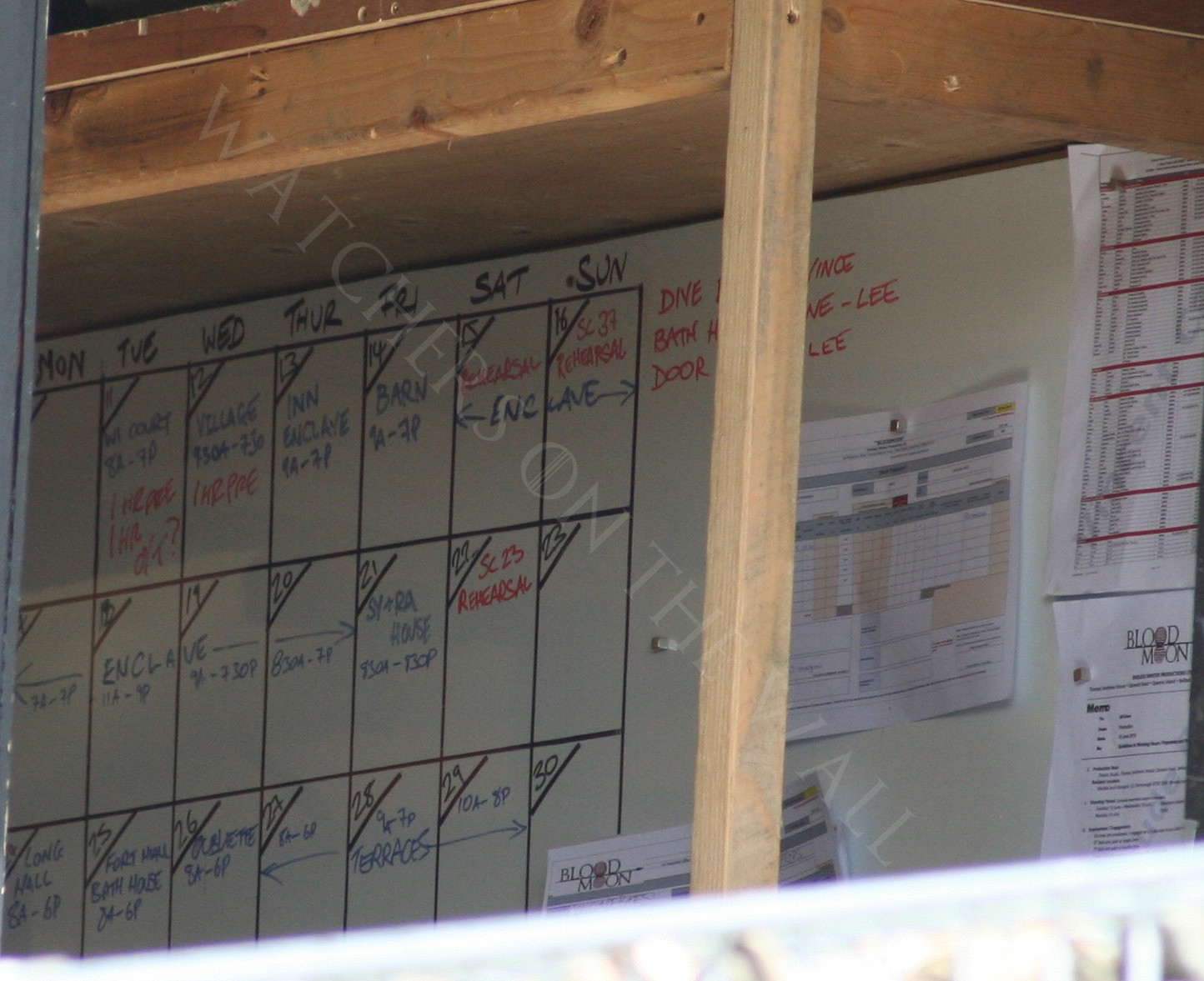 Someone’s going to be in a rough situation though, because oubliettes are a particularly nasty type of dungeon.

What are your thoughts, readers? What do you hope to see in the prequel, based on this?