With the House of the Dragon premiere around the corner (August 21!), we can expect the marketing machine to kick into high gear—and an Entertainment Weekly cover shoot is usually the first step. EW always got the first official exclusives for Game of Thrones and it doesn’t look like that’s changing with this successor show, set during the Targaryen civil war more than a century before the original show.

Nick Romano’s cover shoot features interviews with Miguel Sapochnik, co-showrunner and director of 3 out of this season’s 10 episodes (and, of course, award-winning Game of Thrones director), who describes the new much more book-faithful Iron Throne. Co-showrunner Ryan Condal, who developed HOTD with the help of George R.R. Martin, gets into the reaction to the original show—the good and the bad— and how it may or may not affect this one:

“People are always going to have something to say about the way a beloved thing comes to an end. What they say doesn’t really affect the way we approach this. We have this huge legacy to carry forward. [And we want to] do that in the best way that honors what came before, but also doesn’t do the thing that I think a lot of sequels do: Here’s [what] you love wrapped up in a different packaging.”

There was a question whether House of the Dragon would use flashbacks to tell the decades-spanning story (which Game of Thrones almost always avoided, perhaps infamously) or it would move linearly through the years, but this feature puts the debate to rest: “House of the Dragon will play out linearly over those decades.”

Emma D’Arcy, who plays the adult Rhaeneyra Targaryen, reveals their experience auditioning for the show (at first they thought it was a Game of Thrones rip-off, instead of a spin-off!) and is praised by the showruners for their performance as Rhaenyra, who’s described as the centerpiece of the show in many ways; Matt Smith teases the dubious loyalties of his character Daemon; Paddy Considine talks about bringing a tragic sense to the core of his character, King Viserys; and Olivia Cooke (Alicent Hightower) considers finding the nuance in the archetype of “the woman whispering into a powerful man’s ear”. Eve Best and Steve Toussaint also discuss their characters, Rhaenys and Corlys—the latter of which, curiously, auditioned for the role of the Sea Snake with lines of dialogue that originally belonged to Charles Dance’s Tywin Lannister in Game of Thrones.

There is, of course, much more to these interviews, as well as a video segment, and you should go read and watch them in detail at Entertainment Weekly. Finally, there is also a portrait gallery and several new photographs, including the two shown above, all of them taken by Ollie Upton for HBO: 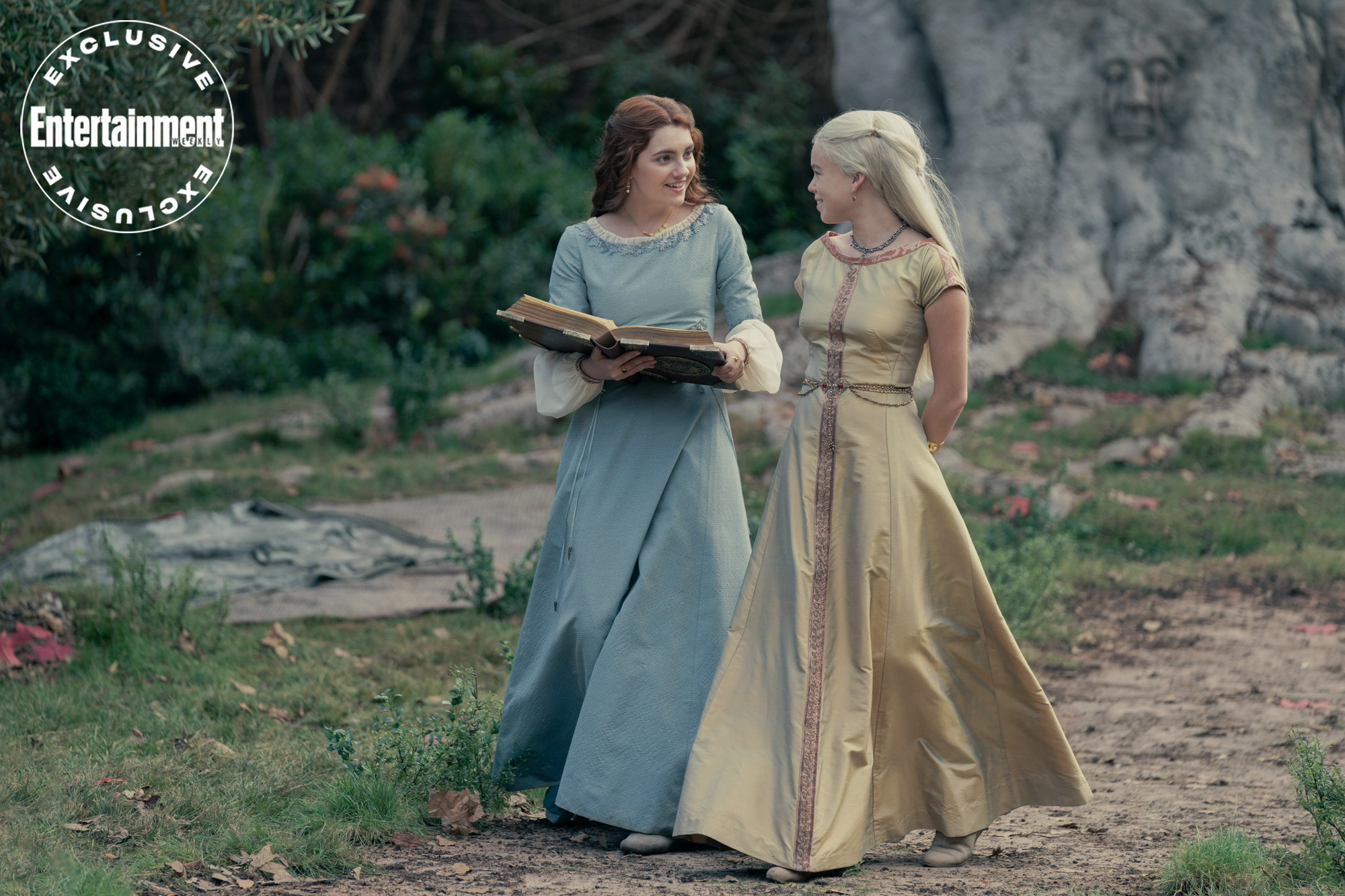 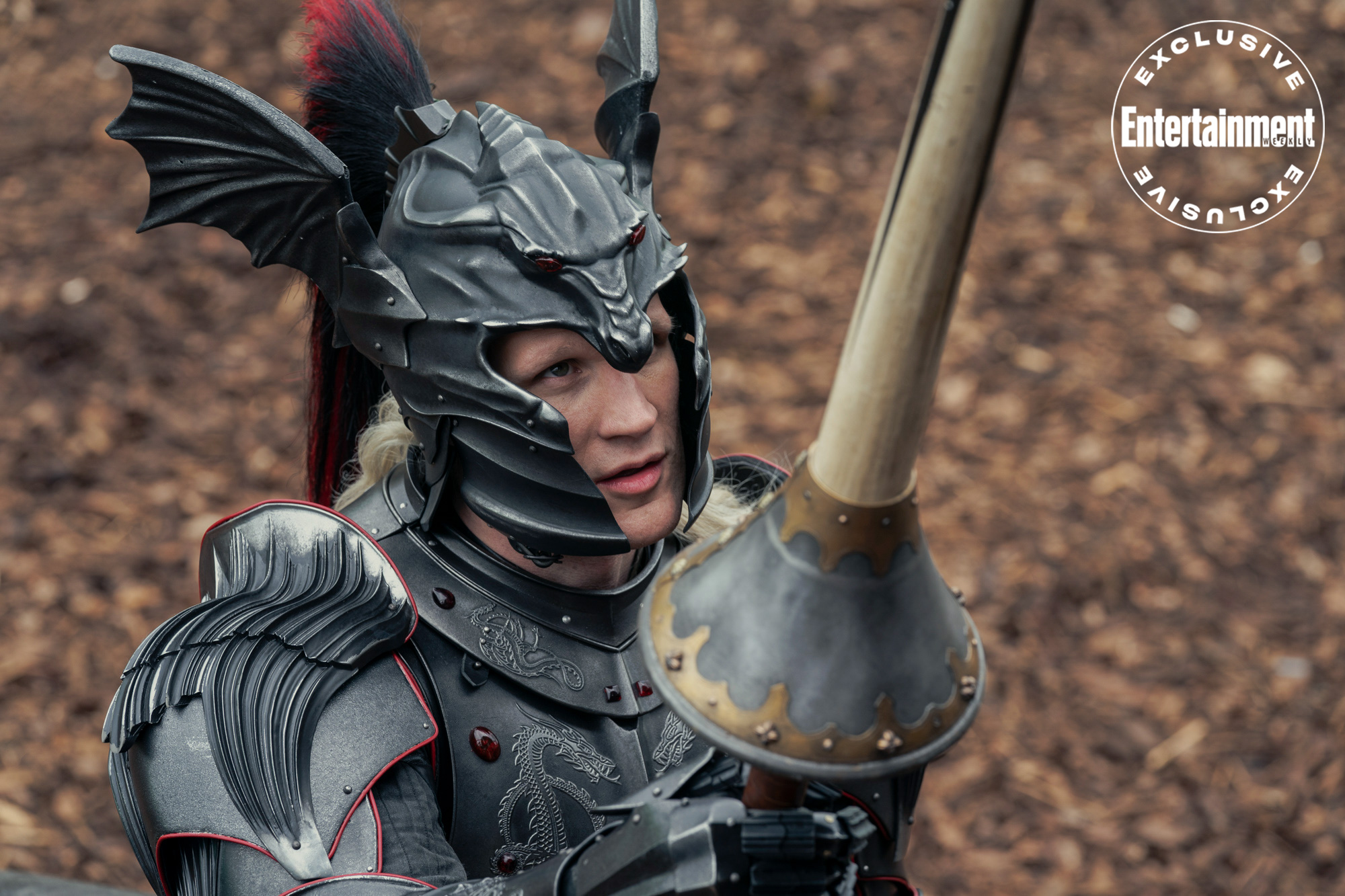 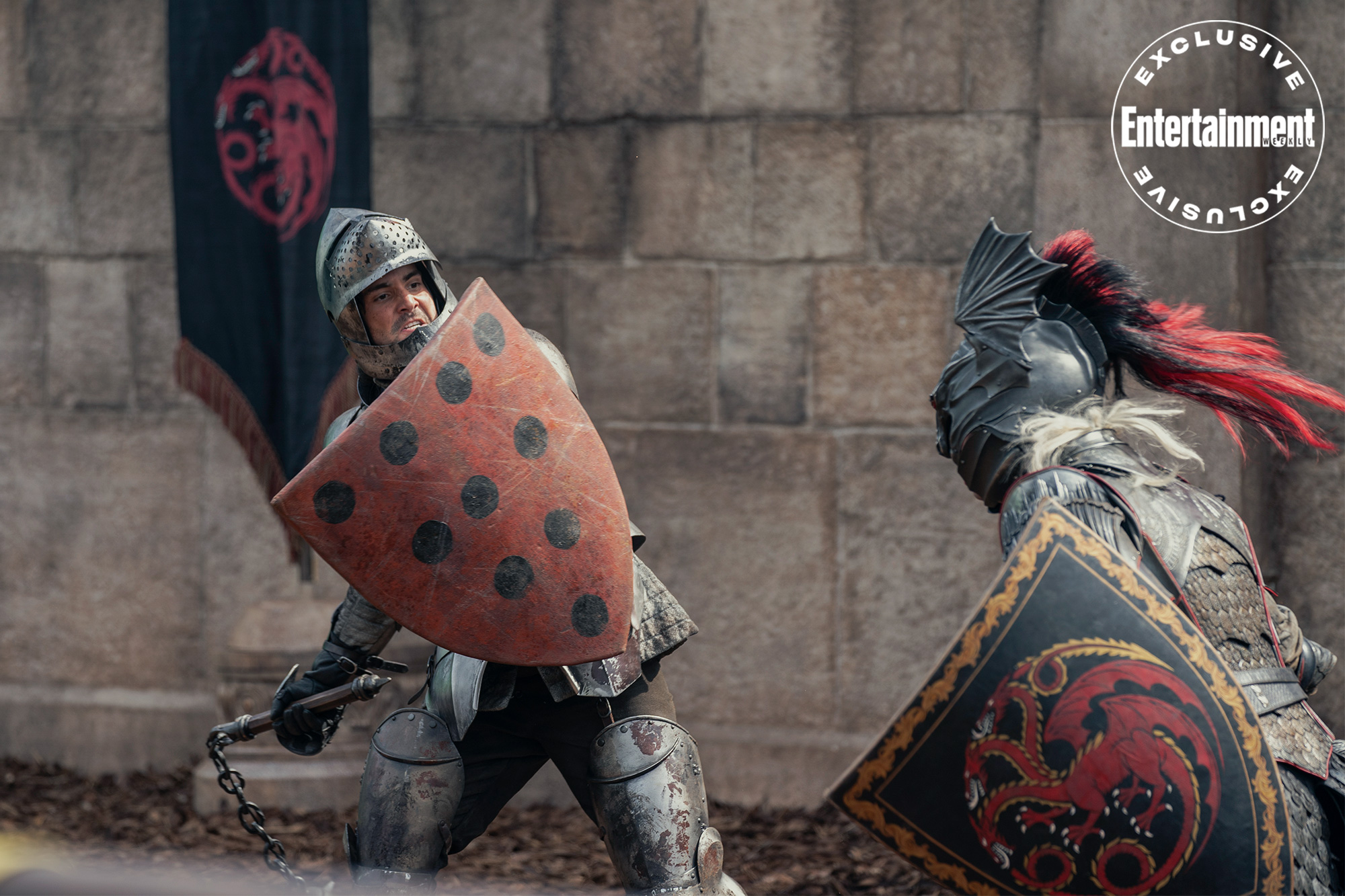 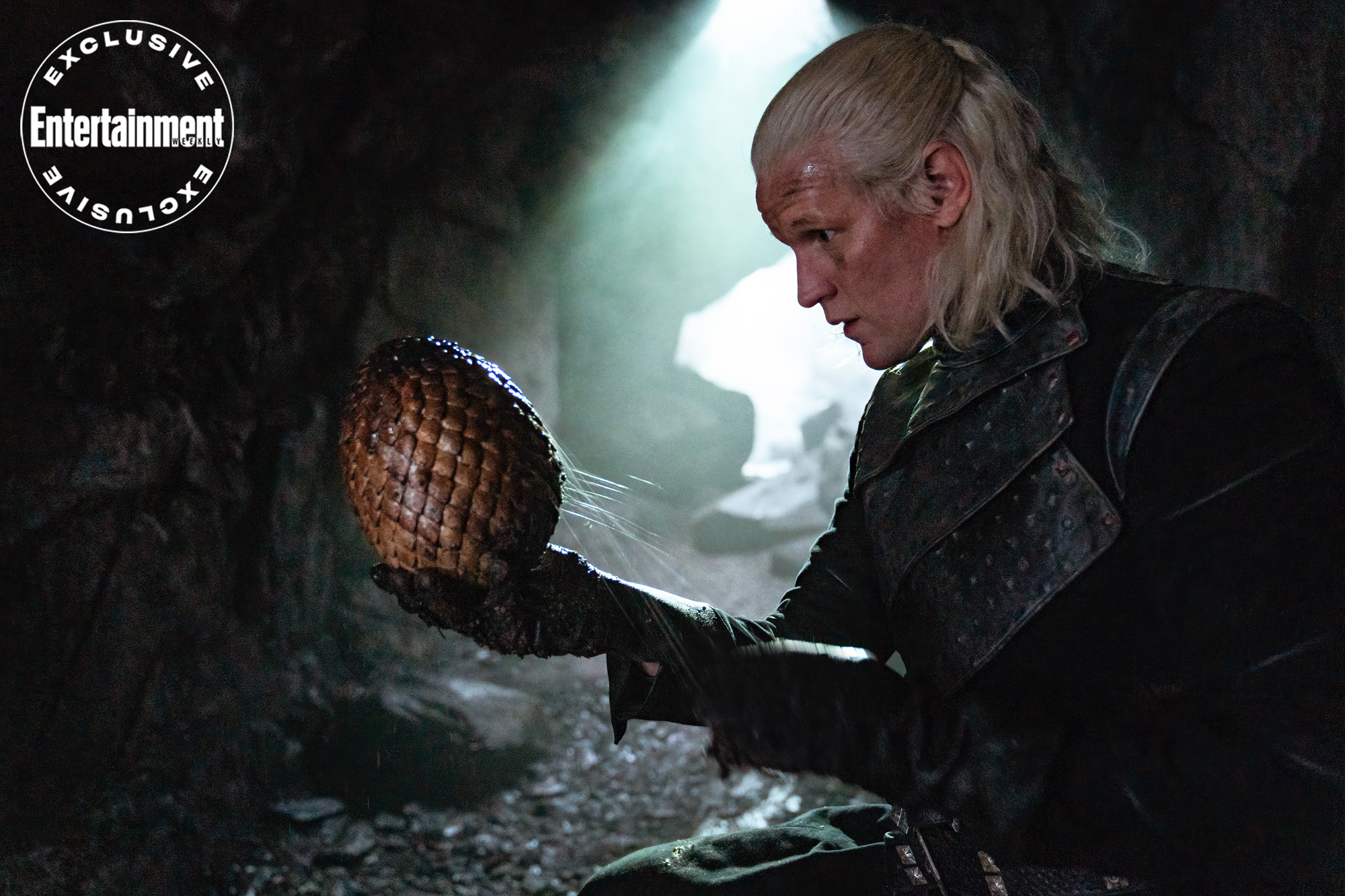 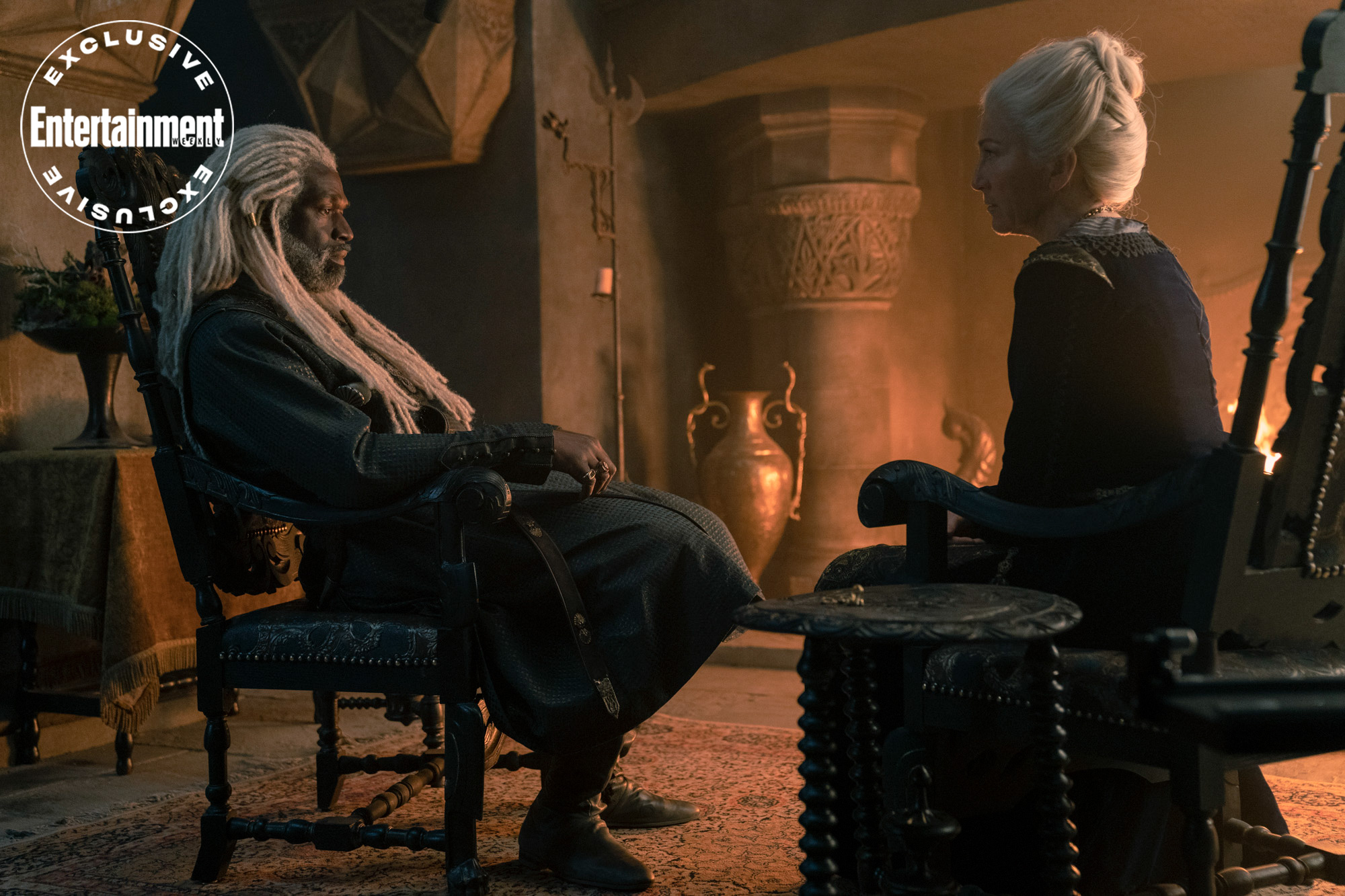 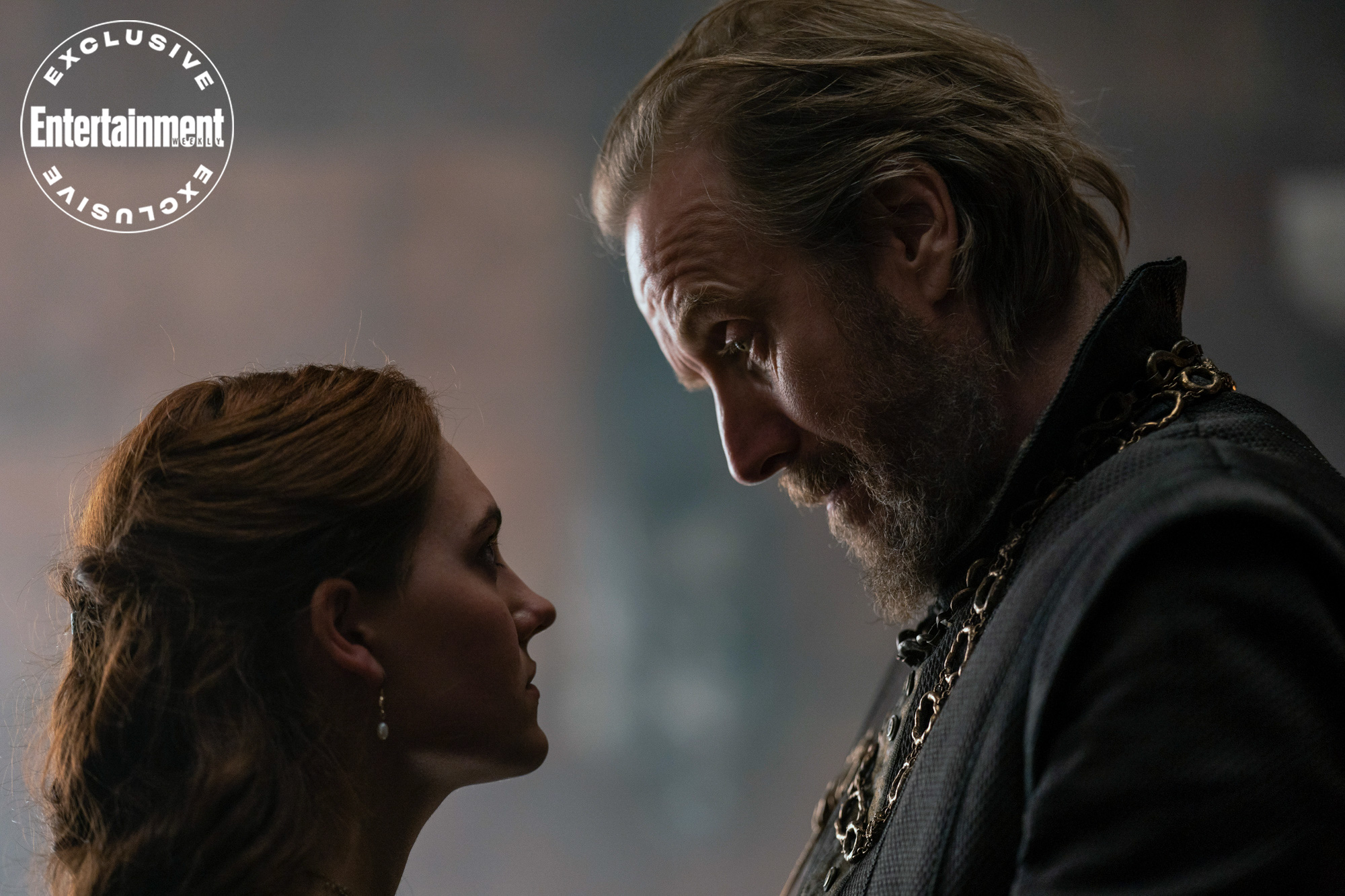 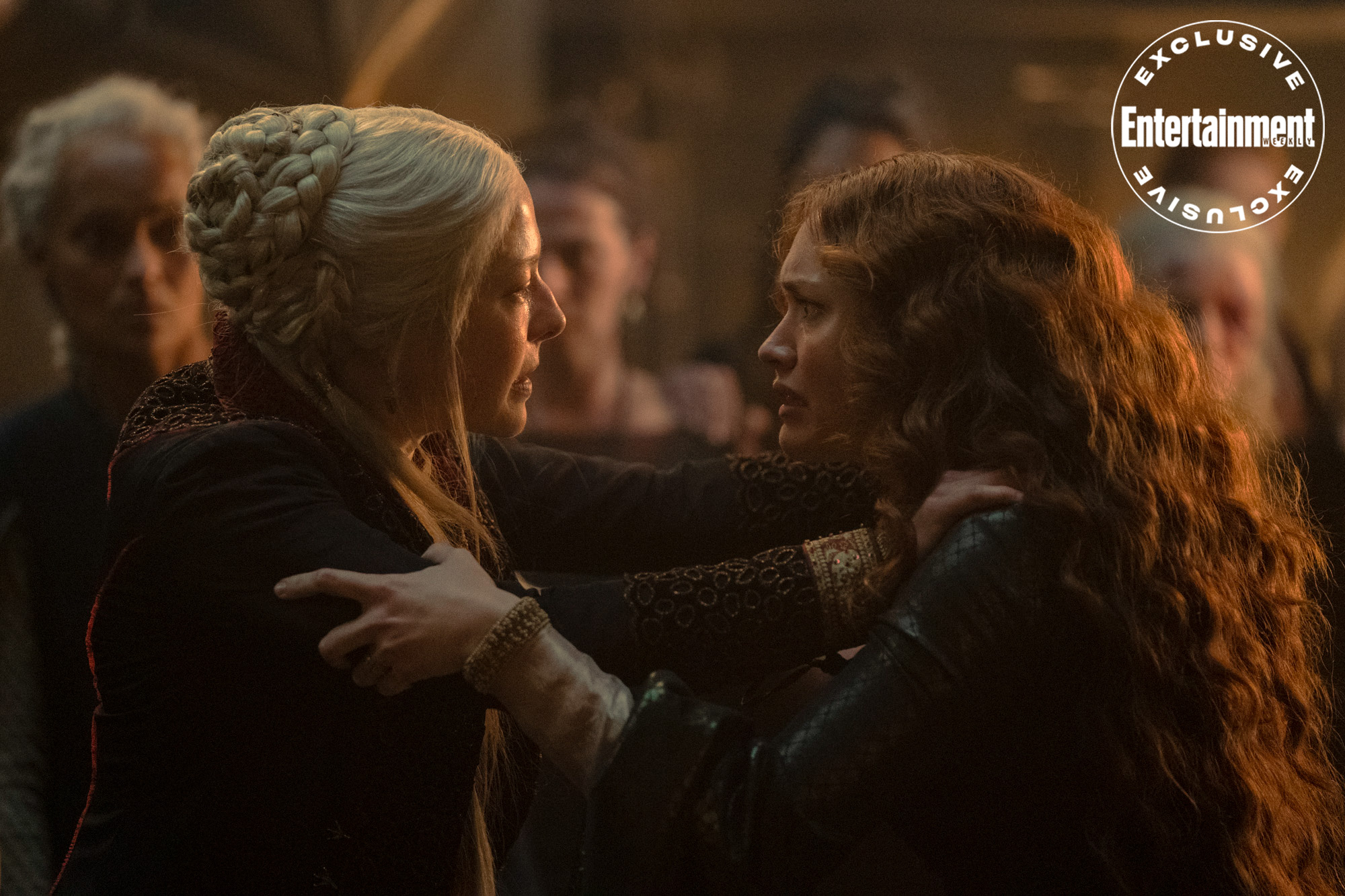 That’s all for today, but the barrage of news just started—more coming soon!