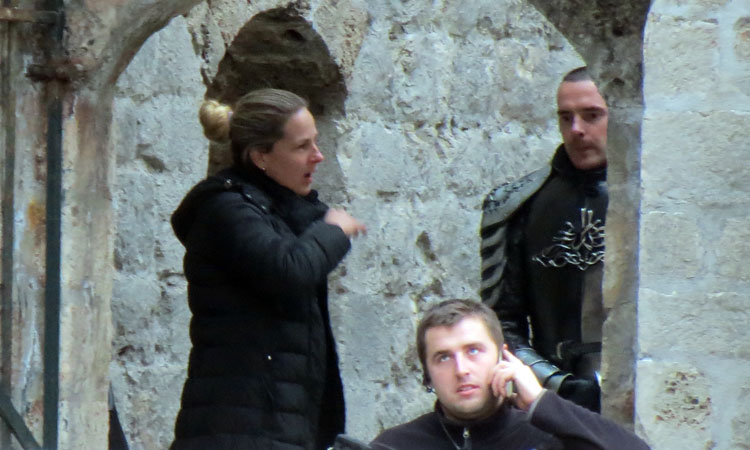 The Dubrovnik Times is sharing a new handful of photos today, of the Game of Thrones filming that took place last week in the Croatian city. Last Wednesday, Lena Headey, Nikolaj Coster-Waldau and Hafthor Bjornsson arrived on Dubrovnik’s Old Town walls for shooting for one day. Director Jeremy Podeswa and the crew continued without them the next day, with more great photos from the set turning up. The Dubrovnik Times reports there were “two more days of filming in various locations in the historic Old City of Dubrovnik, including the stone steps of the Dominican Monastery, interestingly just a few hundred metres away from the new Robin Hood set.”

The Times‘ camera captured images of extras on the set on the city walls, including men dressed as Gold Cloaks (the City Watch of King’s Landing) and another man costumed as one of Cersei’s Queensguard, in that striking new armor! 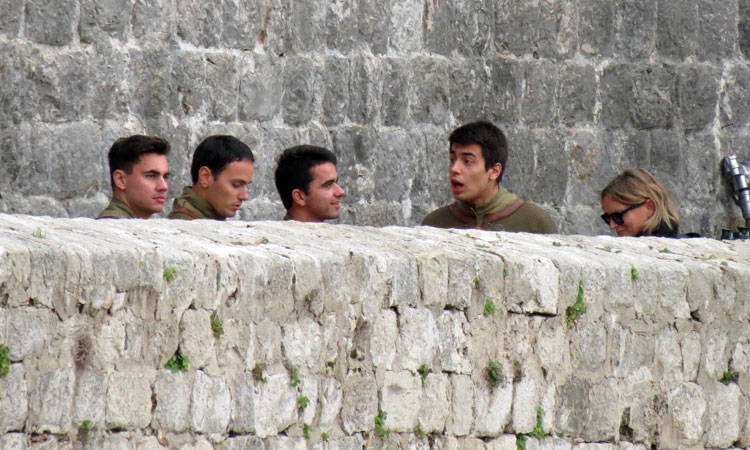 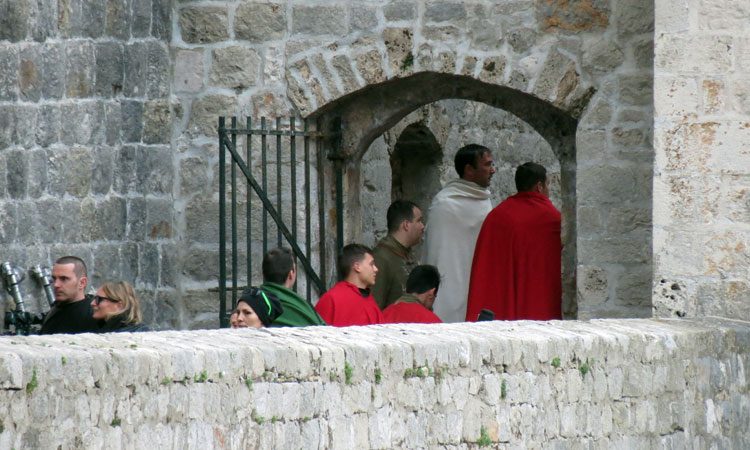 There are more images at the source, so visit The Dubrovnik Times to check those out.

We can expect to see things slow down quite a bit from now until the new year. Filming has wrapped in Croatia and Spain, and shooting with Kit Harington and other cast members will finish up for the holidays in Northern Ireland this week. Even the khaleesi herself, Emilia Clarke, finally took a break:

So this is what time off feels like?! #suspendedmomentsintimeleavesyoufeelingmightyfine ?????

We can expect to see shooting resume in 2017 in Belfast. Iceland is still a question mark, as we’ve had no info on the country since November. Game of Thrones is set to film until February, with a yet-to-be-announced season 7 premiere date next summer.