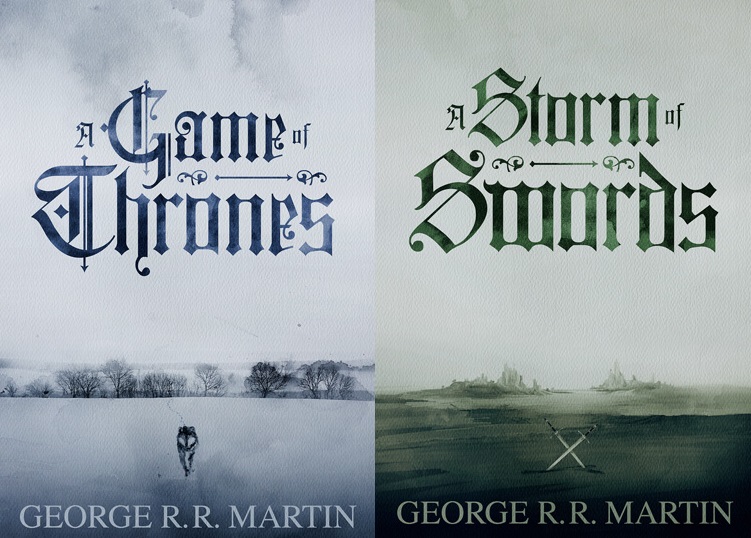 We have the Illustrated Edition commemorating the 20th Anniversary of A Game of Thrones, and now we have something for A Song of Ice and Fire fans who are a little more digital-friendly, in this modern world.

Today Random House announced they’re releasing an enhanced edition of A Game of Thrones exclusively on iBooks, downloadable for iPhones and iPads.

A Game of Thrones is available now for $8.99. Enhanced editions of the other books in the ASOIAF series will be available in the forthcoming months. Elegant new watercolor covers have been created for each novel in the series. 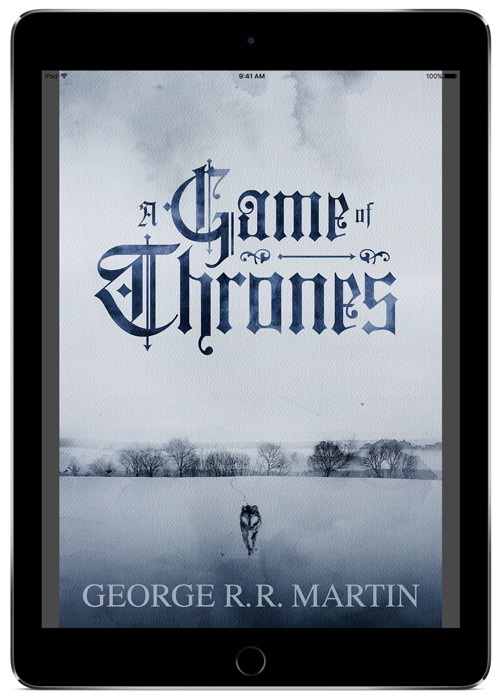 Photo: EntertainmentWeekly.com. Find the other ASOIAF covers at EW.com.

Along with the new look, the edition includes colorful character and location illustrations and interactive character maps in each chapter. Peppered throughout the novel you’ll find, according to EW, “Martin-approved annotations — shown using a small crown icon — also reveal deeper trivia about the world of ice and fire, while audio clips narrated by actor Roy Dotrice help immerse readers in the novel’s most memorable passages. (In one chapter, a White Walker’s attack comes to sonic life.)” 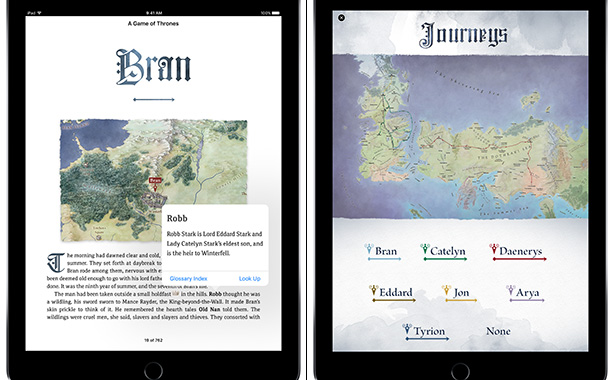 Each enhanced edition comes with more information to make your reading easier and more accessible, especially for the newcomers. The editions include an appendix with info on the Great Houses of Westeros with family trees and sigils, a map detailing the characters’ travels, and a glossary to help you decipher the world of A Song of Ice and Fire.

According to EW, George R.R. Martin says of the new edition, “Anything that confuses you, anything you want to know more about, it’s right there at your fingertips. It’s an amazing next step in the world of books.”

You can see more images from the new edition at Entertainment Weekly!