Kit Harington, Gwendoline Christie and more on the set of Game of Thrones season 7! | Watchers on the Wall | A Game of Thrones Community for Breaking News, Casting, and Commentary 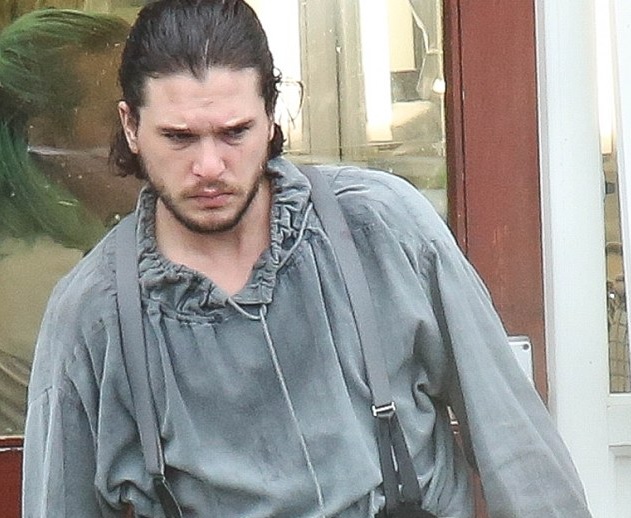 The Daily Mail has new photos from the set of Game of Thrones, giving us a glimpse of the magic in progress. Kit Harington, Gwendoline Christie, Liam Cunningham, Daniel Portman, and a body double for Sophie Turner are spotted in the pictures showing production underway recently at Banbridge’s Linen Mill Studios. 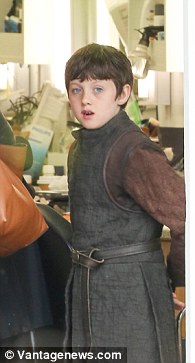 There was also an unknown young boy filming with them. We don’t know at this time who he is or if he has a named role in season 7.

The actors are likely on break or finished for the day- they look to only be partially in costume. These look like the underclothes of their usual costumes, and you can see Portman’s cooling system.

Aidan Gillen was photographed out of costume. Though The Daily Mail makes reference to a battle, there is no indication whatsoever that a battle scene was being filmed and it’s possible that they were simply guessing or making an assumption. They also misidentified Portman as Joe Dempsie, so take anything they write with a big grain of salt.

The filming took place at the Banbridge location (easy to spot with the large Riverrun facade still standing, you can see that photo at the source) but filming took place inside, so we don’t know for sure where the scene took place, Westeros-location-wise. Given that we have Sansa, Jon, Littlefinger, Davos, Brienne and Pod, there’s decent odds they’ve created some of Winterfell inside the studios.