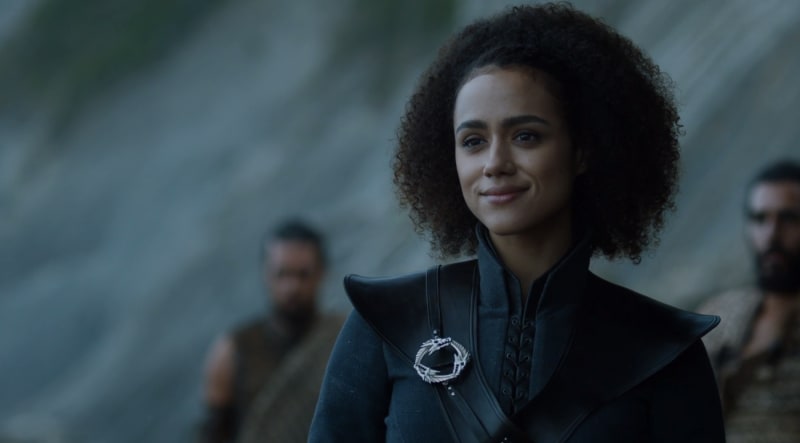 In a recent interview, Nathalie Emmanuel put some fans’ fears for season 8 to rest. As much pressure as the Game of Thrones team is under to bring the epic cultural phenomenon to a close on a deadline, Emmanuel assured us that the final season will give us the ending Game of Thrones deserves, not just the one HBO needs.

Emmanuel discussed the pacing of the six episode final season with Metro:

“It definitely will not be rushed conclusion,” she said.

“They’ve taken the exact number of hours to tell the story they want to tell and it will be brilliant. [The showrunners] will never leave the fans unsatisfied, they won’t leave the fans left short, it will go over and above the fans expectations as they do every season.”

During the interview she also said the final script read through was “so emotional,” echoing HBO exec Francesca Orsi’s description from earlier this month.