Massive New Castle-Sized Set Built in Belfast for Game of Thrones Season 8! | Watchers on the Wall | A Game of Thrones Community for Breaking News, Casting, and Commentary 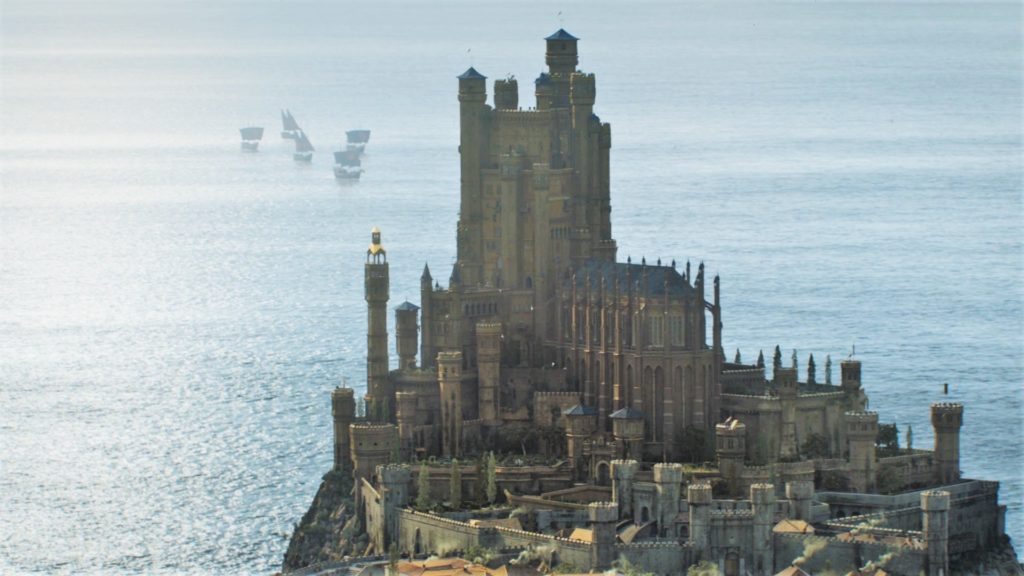 A new set is being built on Belfast — But which castle will it depict?

Just as the Winterfell set underwent a major expansion to include the stronghold’s walls and towers, a mysterious new set appeared next to the Game of Thrones production’s Paint Hall Studios. It was intriguing enough, as it didn’t have any distinguishing features yet that could give us a clear clue as to what the structure would eventually depict, but it didn’t look like a major set for season eight. We were wrong. So, so wrong!

Yet again it was Los Siete Reinos who got a hold of new photos of this set: 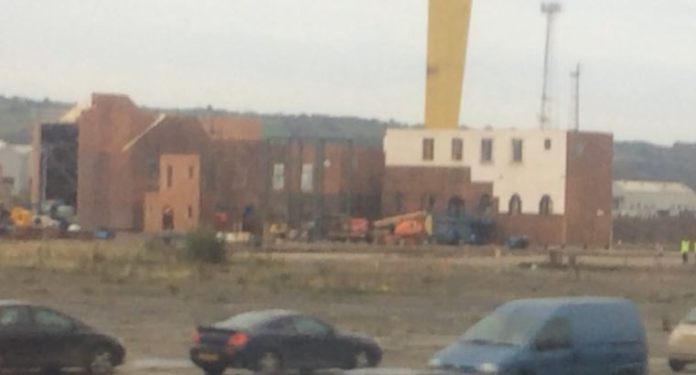 Previously, this new construction only included some sort of defensive wall with a staircase leading to the top and a windowed wall with a gate. We didn’t know how these pieces would connect, or even if they would, but now it’s become clear they not only do connect but they are, in fact, but a small part of a much larger complex, which as far as I can tell is only rivalled in size by the Winterfell set in Moneyglass. Take a closer look:

The work isn’t nearly over, and yet the new set has already tripled in size, at least. As it hasn’t been dressed yet, it’s difficult to guess which castle or stronghold it’s supposed to be but, whatever it is, it’s important enough for season eight that the production saw a need to build a whole, cohesive set, a privilege only Winterfell has earned before.

At this point, for the last season, I can only imagine one reason to build such a massive structure: there’s going to be significant action going on here. In fact, the need for a totally new interconnected set may imply a battle sequence. But where in Westeros? Are we going to see more of the actual Red Keep besides gardens, a courtyard and the throne room, at last? The abundance of windows doesn’t suggest a Northern castle, but could it be White Harbor? Or another stronghold taking on unprecedented importance?

Your guess is as good as mine. And please, do share your guesses in the comments!