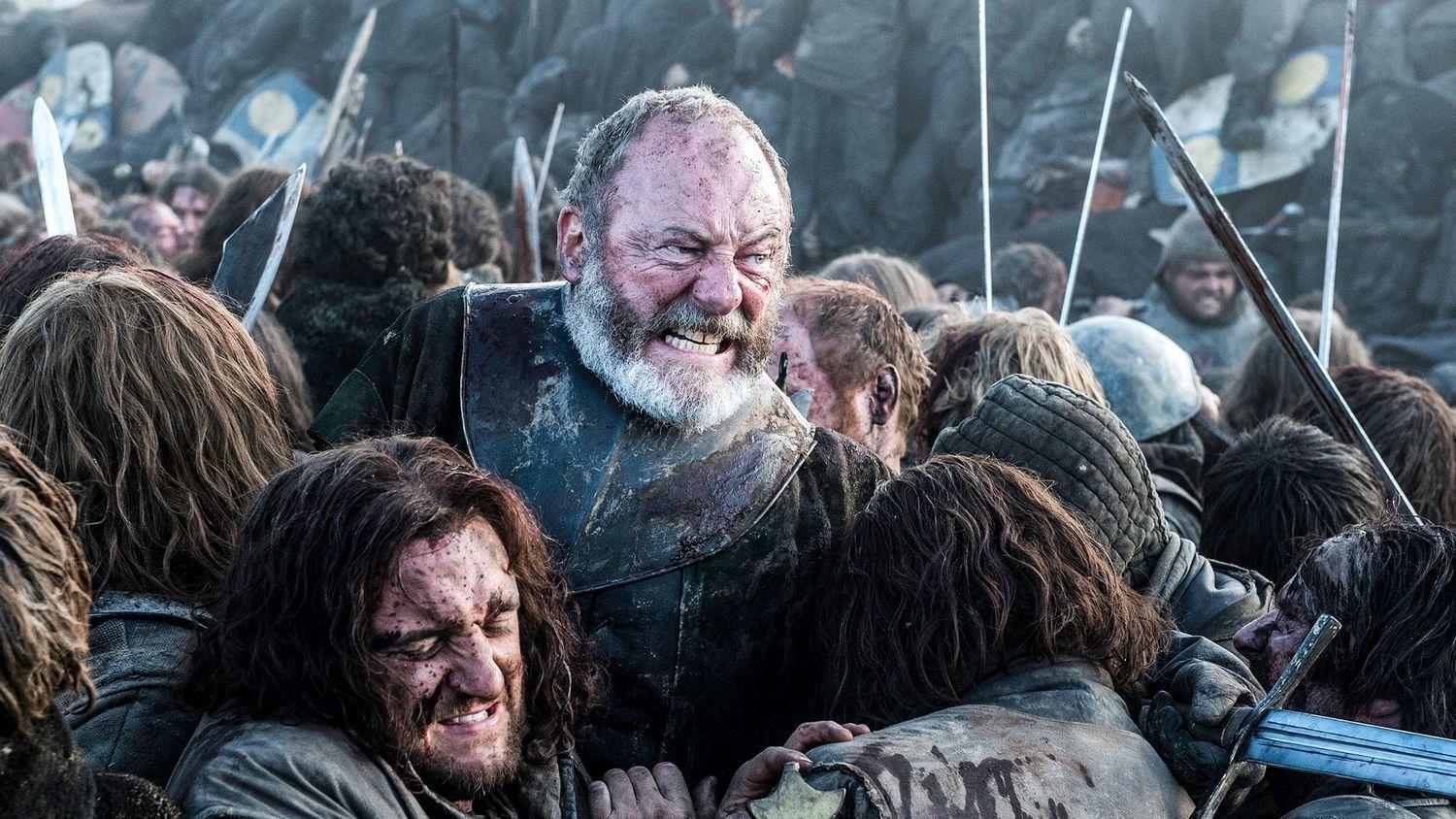 Game of Thrones season 8 might be barely visible on the (very distant) 2019 skyline, but the cast is making the rounds as animatedly as ever. In an interview with GQ, Liam Cunningham (Ser Davos Seaworth) teases a season 1 role for which he was originally considered, and amps up excitement for season 8. On the TV side of things, Maisie Williams (Arya Stark) recently appeared on Graham Norton, alongside national treasure Tom Hanks and world heavyweight champion Anthony Joshua, giving a typically hilarious interview. And lastly, ThreeZero is publishing an Arya Stark figurine for those collectors amongst us.

On Graham Norton, Williams laughs alongside her couch counterparts, as she recounts the numbers of fans who have approached her on the street besieging to her to murder them – well, begging her to add their names to Arya’s [kill] list. She gives Tom Hanks, Anthony Joshua, and even Graham Norton the royal treatment, adding their names to her long-memorized list:

The others then appear rather impressed that Arya (featuring Williams’ likeness) is now featured on a one-pence UK stamp…a feat achieved in America only if you are dead, Hanks noted:

In a lower Manhattan restaurant, an interview recorded with Cunningham before season 8 filming began reveals some interesting tidbits. While promoting his now-released Amazon project, Philip K. Dick’s Electric Dreams, talk naturally turned to Game of Thrones. Turns out, Cunningham auditioned for season 1, but he is rather mum’s the word about at which character he lost the chance to portray, saying “It wouldn’t be fair to the other actor.” Fortunately, for us all, Nina Gold (longtime GOT casting director) must have kept his name on her desk, because he was brought back to audition for and ultimately inhabit the pragmatic, gruff Onion Knight we all know and love. I’d love to hear your thoughts on which character you think it was in the comments below!

The interview is a rather spanking good read, by the way. Cunningham confesses to missing Stephen Dillane (Stannis Baratheon). “I miss him. He’s an extraordinary actor…We would be walking around in the car park in circles, running lines. People would avoid us, thinking the pair of us were fucking mad, repeating this thing.” Weirdly enough, he has but one request of the final season: Put Davos and Cersei in the same room. “I’d love to be stuck in a room with Cersei, with her going, ‘Who the fuck are you?’” he quips.

As for his future post-GOT, two possible things are currently in the cards: One is producing his own project. “I’ve spent a lot of years waiting for the right thing to come in—and now after Thrones, there’s a possibility that I could actually have a hand in getting something made.” The other? Simply reading A Song of Ice and Fire because, well, “George R.R. Martin told me he’ll kill me if I don’t.”

Lastly, if figurine collectibles are your jam, ThreeZero’s Arya Stark is available for pre-order as of Tuesday January 16th, for $178. The delivery date for the figure is estimated for the 3rd quarter of 2018. You can buy it at www.threezerohk.com, where a free t-shirt will also reportedly be available with your purchase.