Kerry Ingram Joins Con of Thrones 2018! Water Dance with Miltos Yerolemou! | Watchers on the Wall | A Game of Thrones Community for Breaking News, Casting, and Commentary 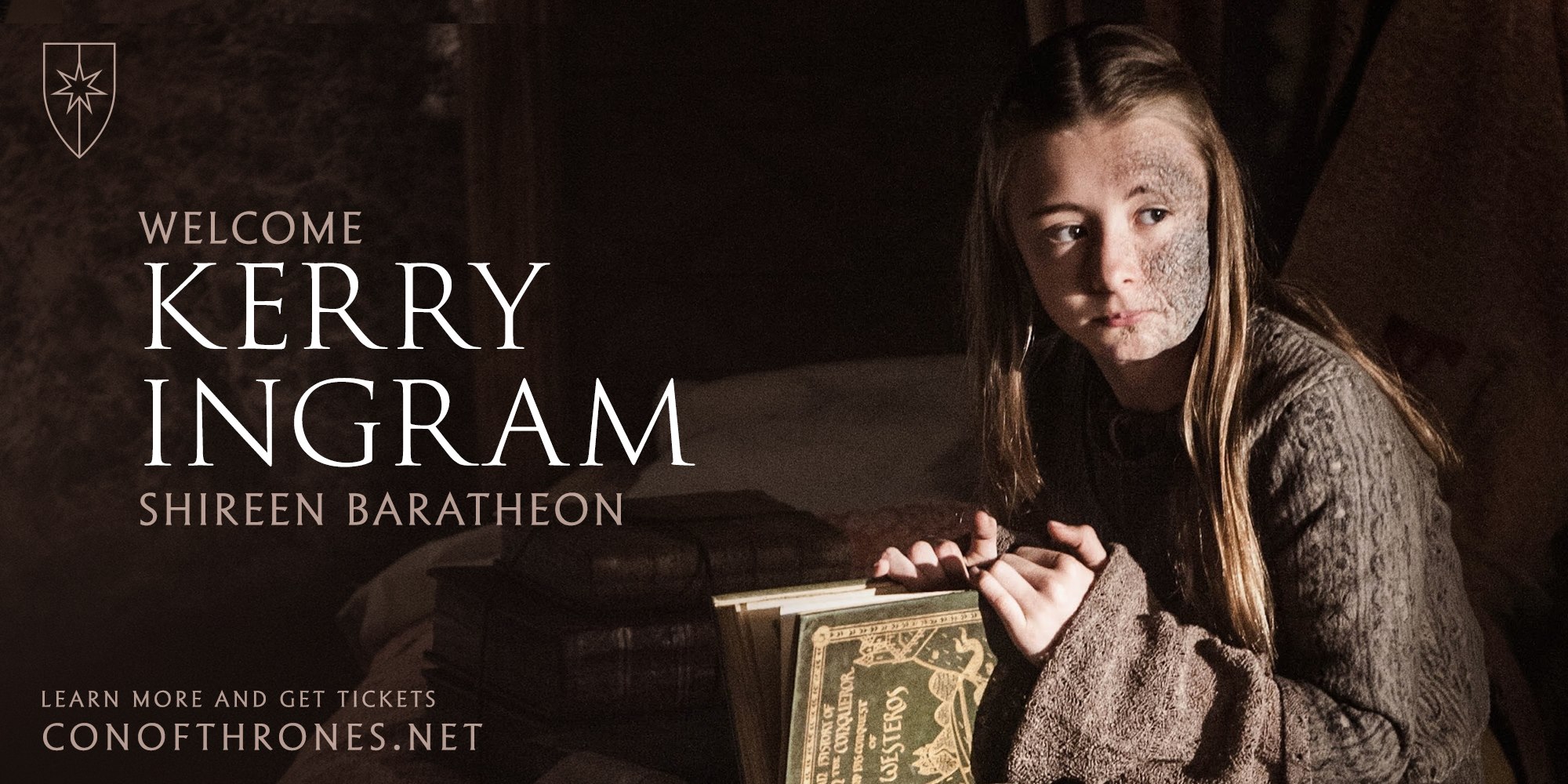 Here at Watchers on the Wall we are happy to announce that, in a few weeks time, Kerry Ingram, best known for playing Shireen Baratheon, will join us—alongside many fellow cast members and other special guests—at this year’s Con of Thrones in Dallas, Texas!

You may know Kerry Ingram best for playing the ill-fated Shireen Baratheon for three seasons of Game Of Thrones, but she’s got quite a filmography: she played Alice Williamson in the BBC historical drama Wolf Hall based on Hilary Mantel’s Man Booker Prize winning novel; Matilda in the original West End cast of the stage musical based on Roald Dahl’s children’s novel, for which she was presented with the Best Actress Olivier award at the age of 12; and many other roles, including Hilde in the historical epic Barbarians Rising and Becky in the Emmy Award winning Netflix drama Free Rein. 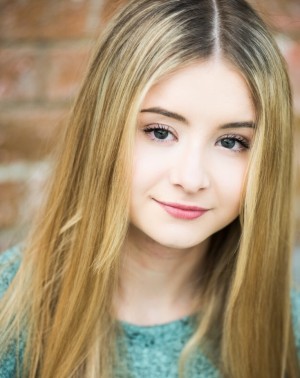 If you want to meet Kelly Ingram and all these other wonderful guests, as well as the largest ever concentration of Game of Thrones fans, there’s still time: in three weeks, from May 25 to May 27, at the Hyatt Regency Dallas in Dallas, Texas, you’ll be privy to three-days of panels, interviews, discussions and workshops, some of them with Ingram—just take a look at the programming schedule! Additionally, she and eight other cast members will be available for autographs and photographs, which you can reserve here. However, before you do any of that, make sure to buy a Con of Thrones 2018 ticket!

And that’s not all: yet another exciting feature of Con of Thrones 2018 is the water dancing workshop with Miltos Yerolemou​, who played Syrio Forel, also known as the First Sword of Braavos. If you want to get the same training as Arya, act fast: tickets for this additional experience are on sale as of today, in very limited quantities. 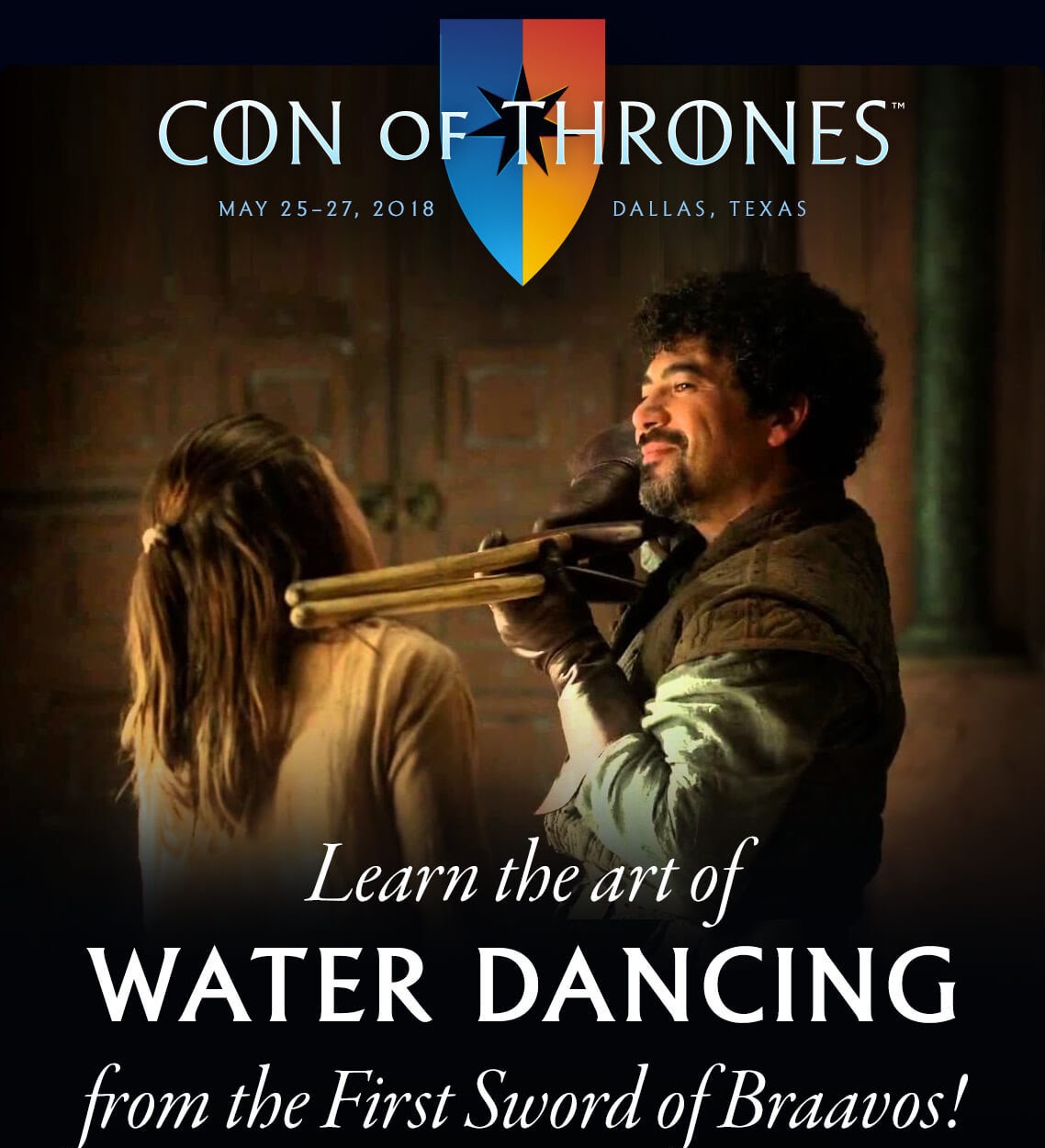 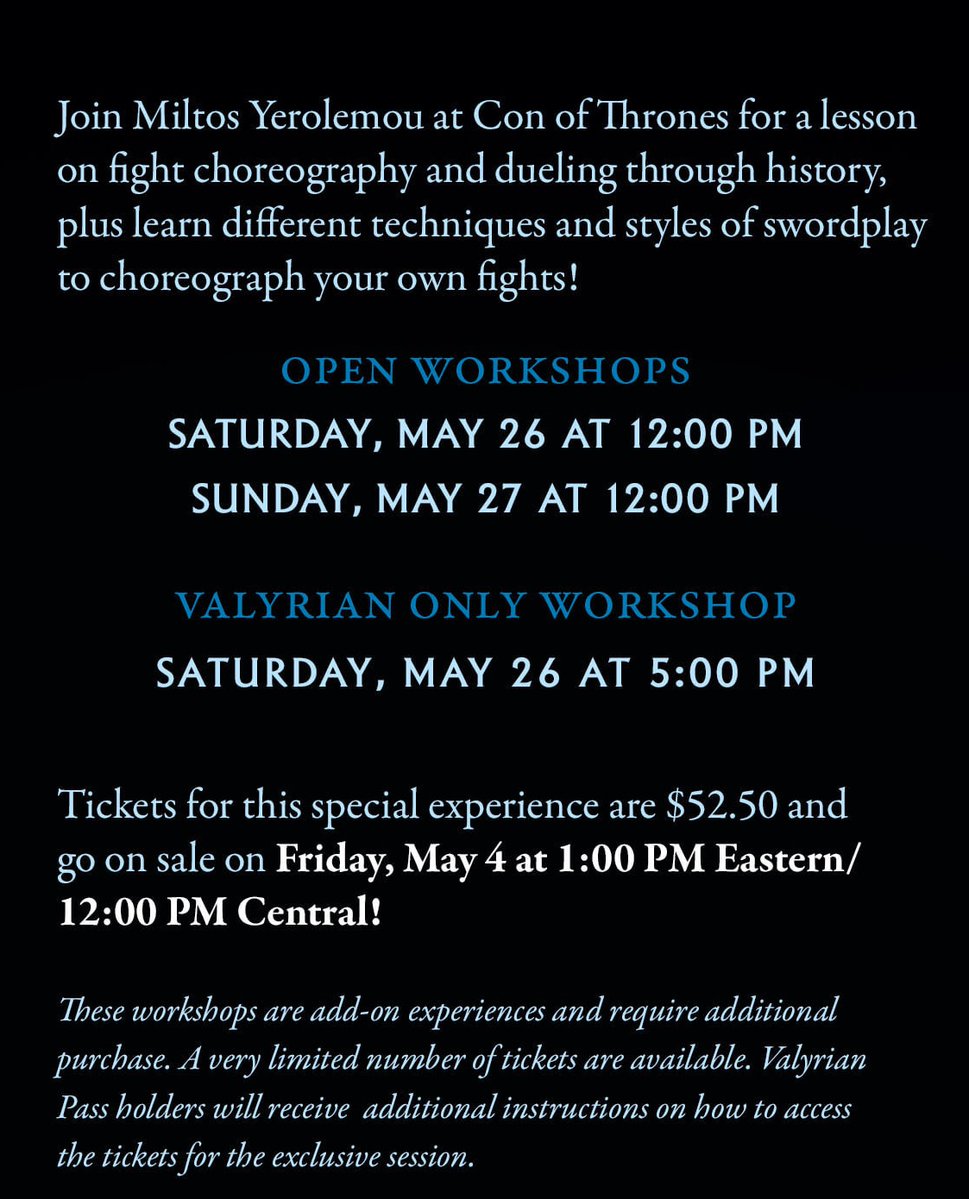