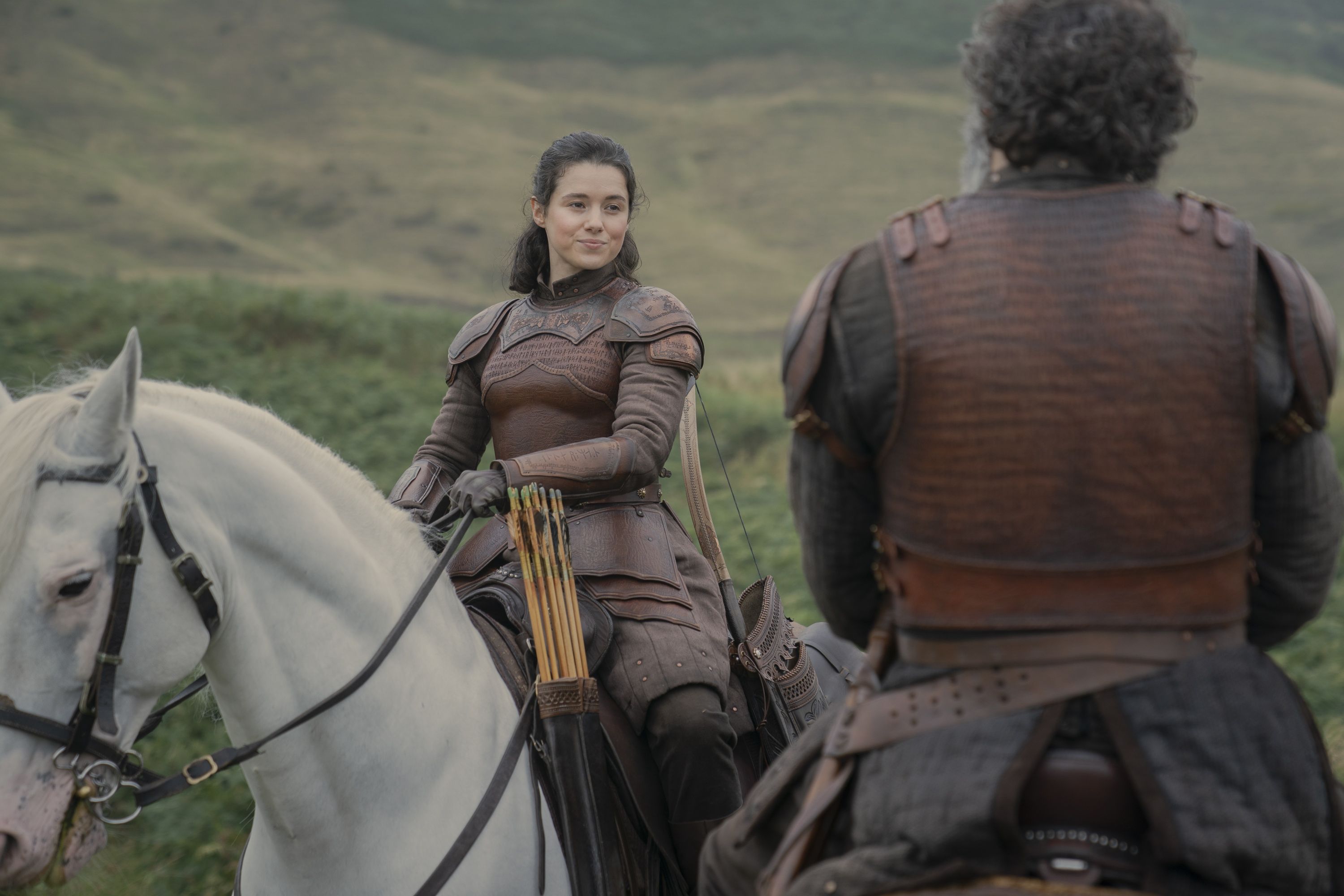 “A Dothraki wedding without at least three deaths is considered a dull affair.” OK, so what do we think about a Targaryen/Velaryon wedding with yet another Joffrey death? Dull? Mild-mannered? Just plain impolite? In episode 5 of House of the Dragon, we have (in my humble, and usually correct opinion), the most eventful storyline all season. It’s not that other episodes didn’t have major plot, it’s that the meat and potatoes of this episode very clearly will have such consequential rippling effects into and beyond a post-Viserys Westeros.

Recap Note: I’m stepping in for Sue today, so while I’m sure you’ll voice your displeasure in the comments below, I welcome those who are open to my own style of review.

Spoiler(ish) Note: It’s theoretically possible that the bare bones knowledge I halfheartedly remember from that one time I read Fire & Blood could affect portions of this recap, but in all honesty, this is incredibly unlikely. I do not remember most of it, and frankly, I rather like it that way. As a TV purist, I prefer to analyze the episode we just watched, rather than speculate about episodes of TV that haven’t happened yet. TL;DR, you’re probably safe, but take heed as you will.

Before I can stop to wonder if my eyes are seeing Yara Greyjoy reborn in the flesh, Rhea Royce, who turned out to be Daemon’s long talked about Girlfriend who lives in Canada, is murdered brutally before we even got a chance to know her. As mentioned in my “spoilerish” note above, I barely remember anything, and I sure did not remember this. If anyone had “Redeemable Daemon” on their Bingo card, you best bet you will not be checking that box. I fully gasped at my TV in the first few, brutal minutes of this episode. It’s honestly almost Joffrey-level cruel, though, I suppose there is a method to Daemon’s madness, and a reason to his hastily-drawn murder scheme. Once he’d decided that he would be bedding and wedding Rhaenyra, I guess he just had to get rid of that plot convenience of, ya know, having a mysterious wife! Who hasn’t? Oh, Daemon. We had such high hopes for you. And then you went and killed your wife. We all have bad days! 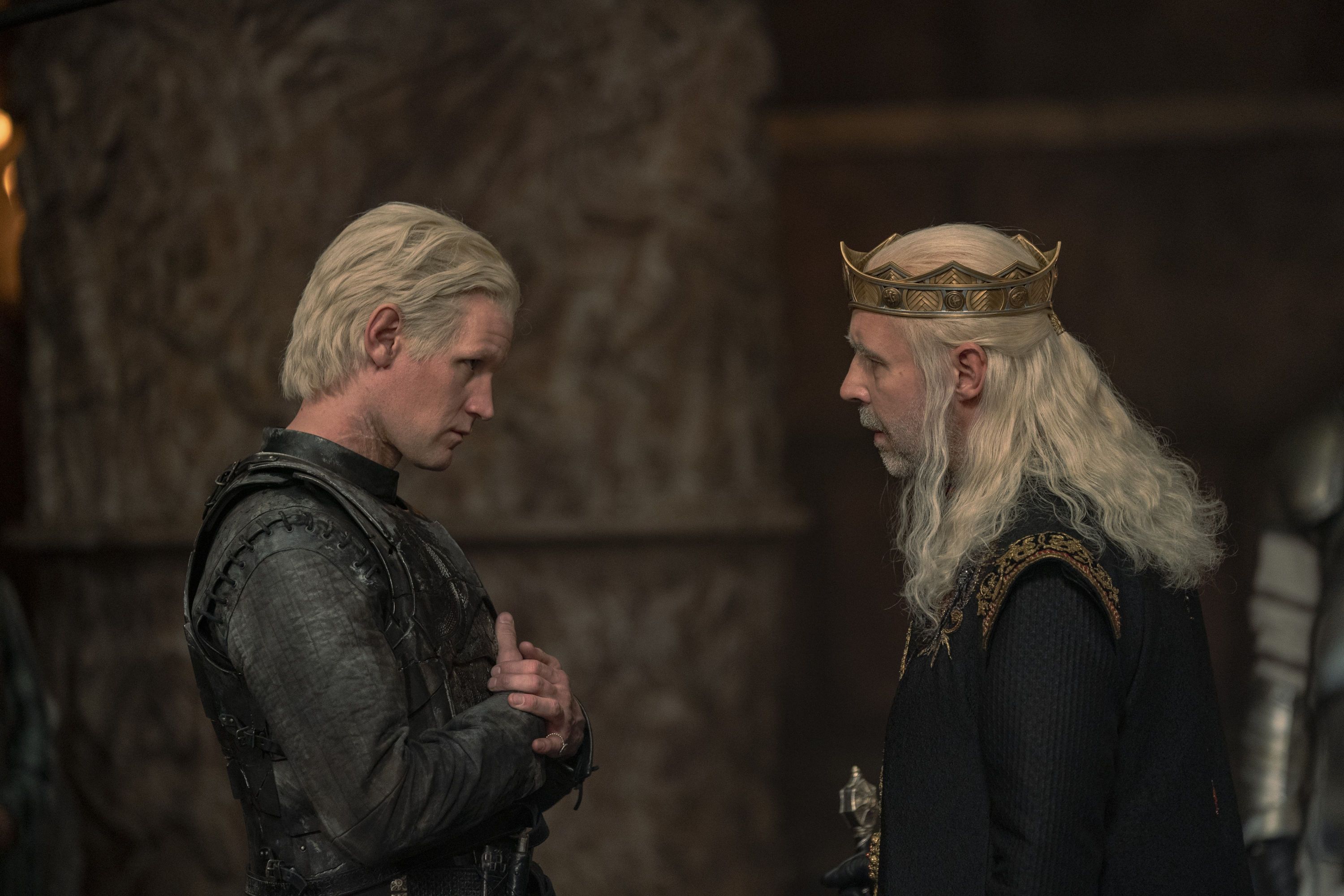 Speaking of bad days, Daemon’s brother King Viserys’ days are growing increasingly numbered. He can’t make it through a ship ride without throwing up, a trip to a lovely seaside manse (more on that later) without coughing, or his daughter’s wedding without bleeding! Come on Your Grace, pull yourself together! The day the King dies is drawing nearer, and the succession plan he has in place seems fragile at best. Otto makes clear to Alicent the consequences which will befall her very male, very Aegon-shaped child if she does not train him to rule, and prepare him for the inevitability of Rhaenyra’s challenge. I just love the way this scene ended with Alicent framed alone against the rain. She’s Queen, sure….but of whom? And who are her true friends at court? Does she have any? Well…

Boy, HOTD sure is a knee slapper, isn’t it? Our Tobias Fünke of the hour, Ser Criston Cole accidentally divulges state secrets to the Queen herself. Alicent beats around the bush a little too long in her one on one with Ser Criston, and fails to imply that it was Daemon with whom Rhaenyra slept. Whoops! While he clearly jumped the boat on that one, Alicent is more calculated, taking a beat to absorb the new information, and then dismissing Criston without consequence. How will this play out? We’ll get to that…but let’s flash back a bit to how we found Criston at such a low point. 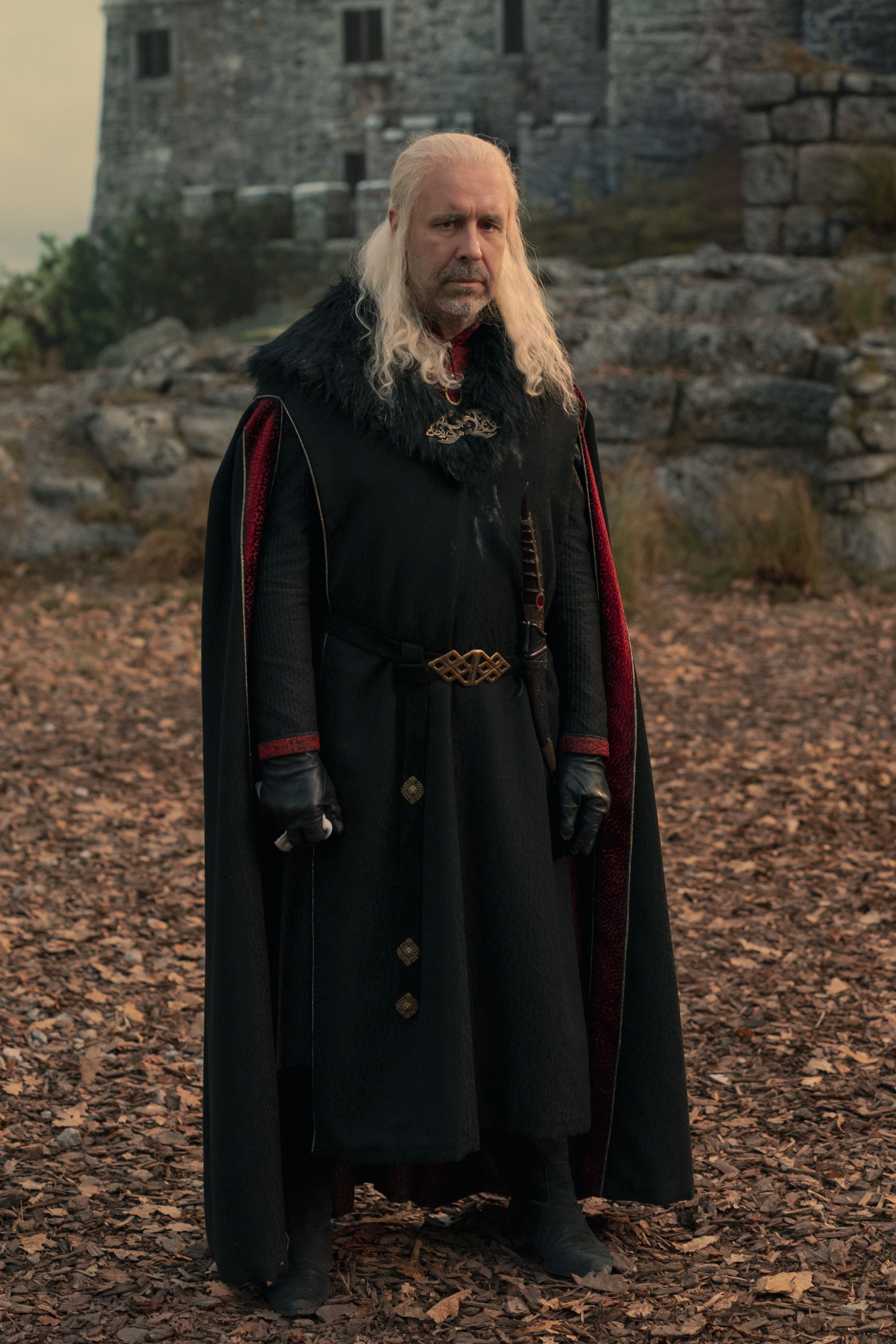 Early on in the episode, while Daddy Dearest was puking his brains out on the starboard side of their ship, Rhaenyra found herself approached on the stern by an extremely hopeful Criston. Did…Ser Criston really think that the impending inheritor to the Iron Throne, someone who had been groomed for Queendom would throw it all away for a life as a nameless peasant? Look, credit where it’s due, and my guy, you really tried…but no. Rhaenyra is ready to be Queen. Off you go now, tail between your legs. You can’t blame a common-born lesser knight for trying.

The trip to Driftmark was, in a word, gorgeous: Those hallowed halls! That shot of the great mansion itself and its surrounding lands. The eeriness of the castle that clearly lends itself to talking clocks, guests invited to dinner by a single candlestick, and a gay sidekick. Lord Corlys the Sea Snake Velaryon and Rhaenys The Queen Who Never Was Targaryen have a heated heart to heart over whether now is the right time to join houses (it is), whether their nicknames are too long (they are), and if their children will be able to keep their Velaryon names (They will. Kinda.) 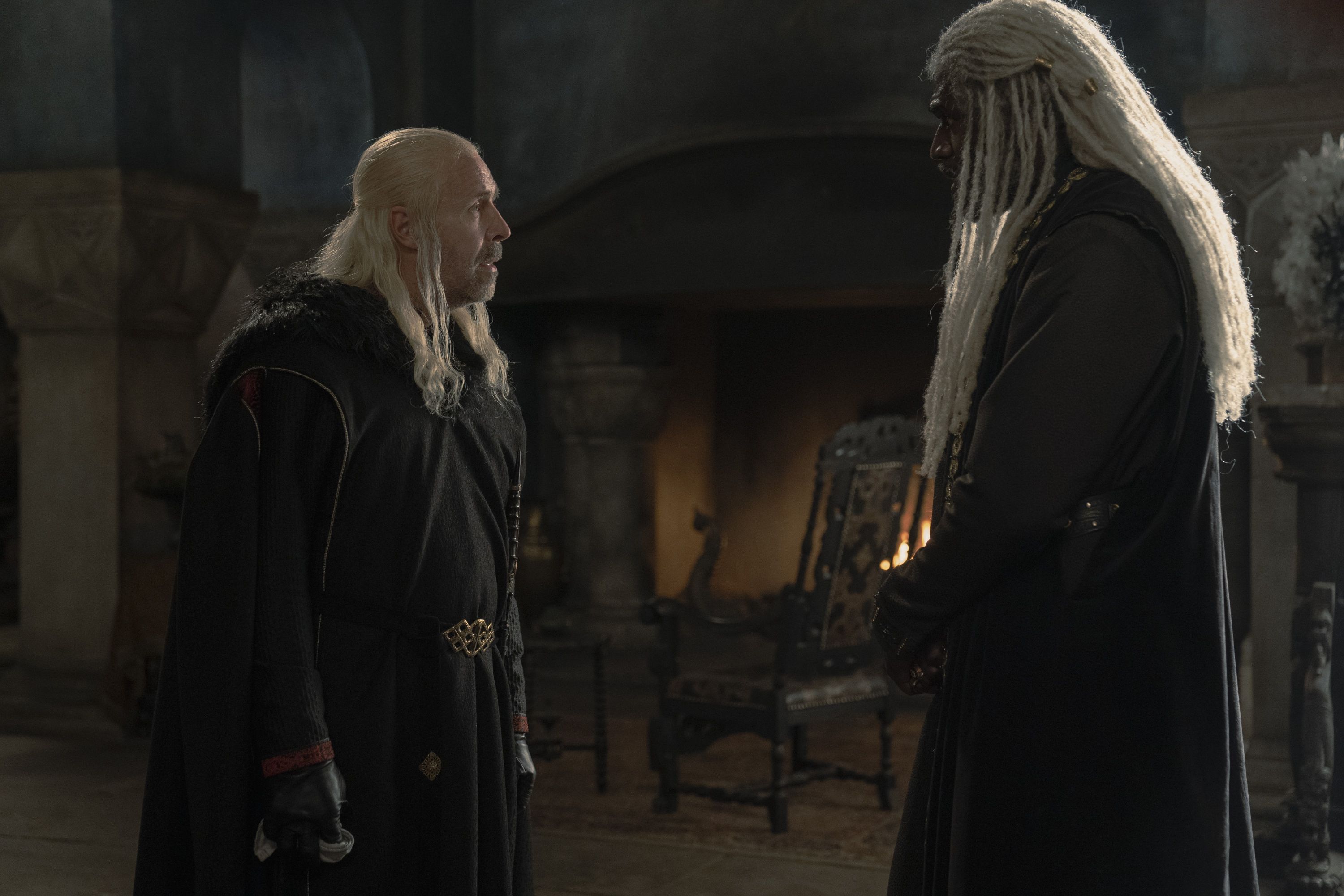 Which means…we’ve got a royal wedding on our hands! And if there’s one thing we know about Westerosi weddings, it’s that they’re safe, cheerful, and 100% death and disease free. While in its heyday we all remember the opulence and pomp of Joffrey’s and Margaery’s wedding of old (well, of future), the wedding of Rhaenyra Targaryen and Laenor Velaryon is almost destitute by comparison. Does The Crown have the ability to bear the expenses needed for the royal wedding? Well, there are a lot of guests in attendance, so I guess the kitchen has enough sustenance. But the wedding is held in a dimly lit room, and the main entertainment is a dance provided by the unpaid guests – so it certainly seems like a scaled back wedding! Of course, never one to miss the chance to put on a show, Daemon waltzes in, and is swiftly demoted to “side chair.” But the wedding venue isn’t the only thing Daemon waltzes into; he also dallies with Laena Velaryon for a spell, seemingly in a ploy to make Rhaenyra jealous. What is his endgame there? Does he still want his shot at marrying her? Much as I want to sort out what’s going on in Daemon’s mind, there’s simply no time for this. 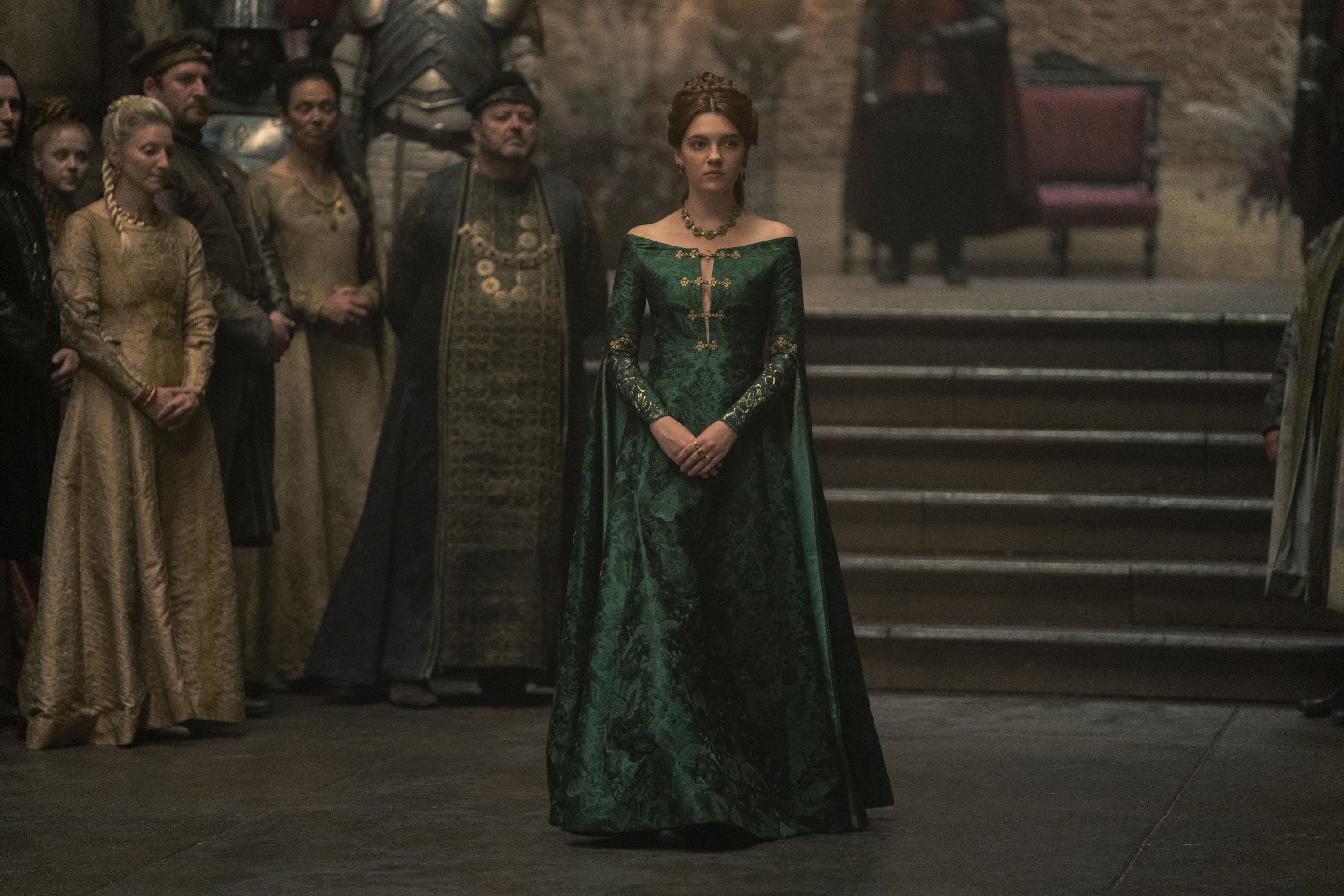 Joffrey Lonmouth, secret boyfriend of Laenor Velaryon, has deduced that Ser Criston is the apple of Rhaenyra’s eye. How he has done so? Uh…looking, I guess? Look, the guy just knows, OK? Stop asking questions! Wait, I have one more question…what the hell happened at the end??? What did Joffrey say or do that could have let to Criston’s such unbridled rage? Recall that until Rhaenyra seduced him, he was a stalwart man with seemingly impenetrable skin. But now, as the king faints yet again, our episode’s massive climax is Criston beating the absolute murder out of Joffrey Lonmoth, without so much as a specific explanation. What the hell, man?!

This brings us to the end, where an absolutely despondent Criston Cole is at his wit’s end, and about to end his own life when Alicent draws near and calls his name out…uh oh. Criston, are you about to turn on Rhaenyra and go with Alicent? This foreshadowing looks like it’s going to be mighty important down the line..

This episode was the most pulse-pounding and forward moving of the first 5. I think the groundwork is being set for a final few episodes that I hope will be outstanding. There’s a method to the slowness, and a reason for the build up. Some of the character moments in this episode I didn’t see coming, such as Daemon unabashedly murdering his wife, or Criston unabashedly murdering Joffrey (not that Joffrey. Sorry to those excited at the thought of a dead Joffrey).

Recap, Review, We Light the Way