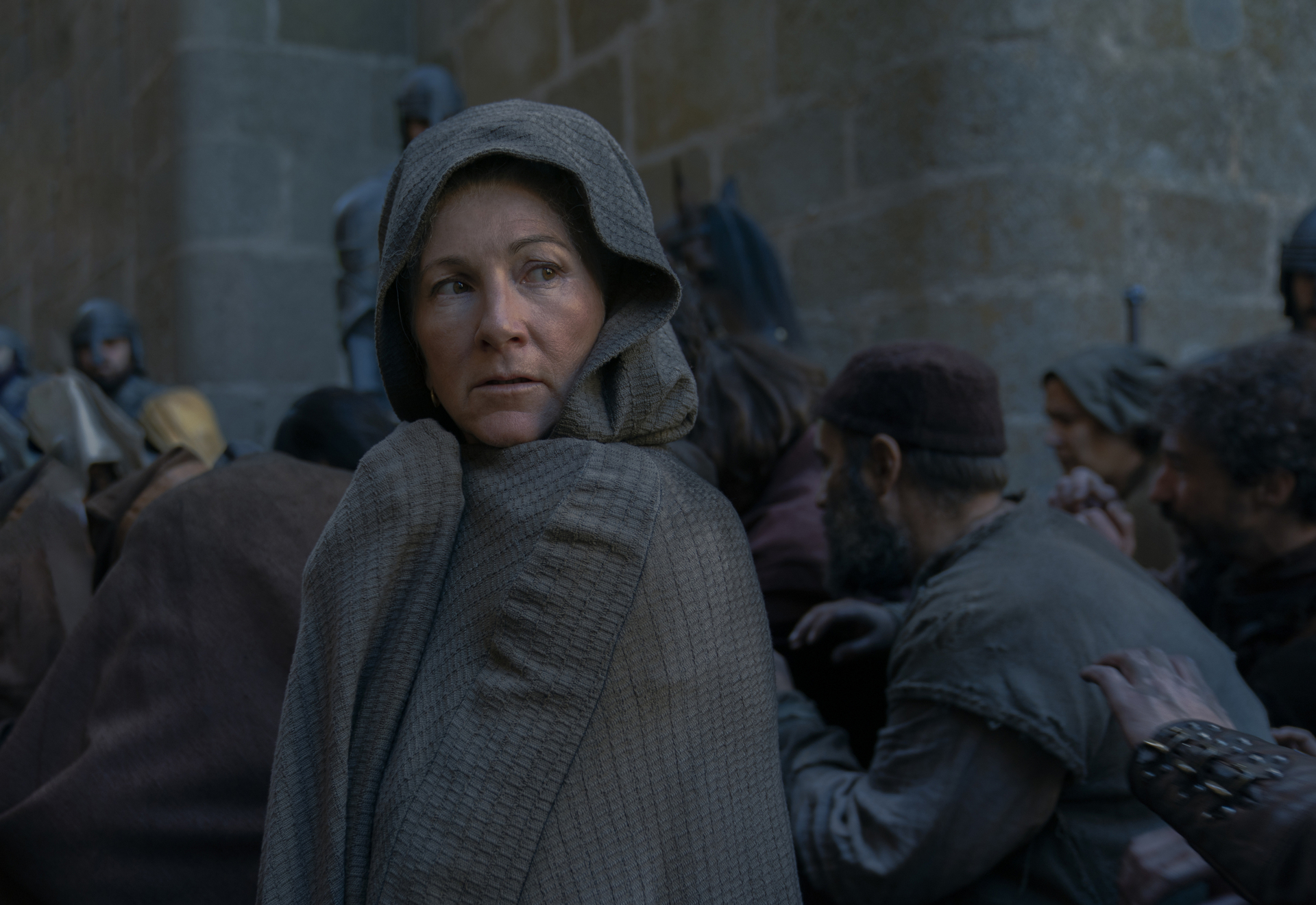 Episode 9s historically were the “big” episode of a Game of Thrones season, and House of the Dragon season 1 lent no exception to its forebear’s precedent. Who am I? It’s me from just last week. Silly you; you knew that! Every week, for each new episode of HOTD, I’ll be deconstructing the multitude of reviews out there, boiling them down to one short summary sentence that will perfectly encapsulate what the original author was saying, no questions asked…and by that I mean that I will deconstruct whole essays down to one sentence apiece, often quoting them verbatim.

What did the Internet think of HBO’s House of the Dragon episode 9, “The Green Council?” Hey, here’s a recommendation: Before you dive into any of these other critics I’ve rounded up (pfft – boring! Who would do that/write about that/etc.?), why don’t you check out Sue’s recap of last night’s episode? Once you’ve done that, here’s what the rest of the Internet had to say about last night’s episode:

Alec Bojalad, Den of Geek – In which the surprisingly subdued way HOTD approaches this season’s ostensible climax highlights the fundamental differences between GOT and HOTD so far.

Belen Edwards, Mashable – In which it is mostly an examination of the political tension through King’s Landing after the death of King Viserys, and the more contained approach makes for a different kind of episode 9 than we may be accustomed to, although it still certainly shares similarities with its GOT predecessors.

Daniel Van Boom, CNET – In which Rhaenys’ scene with Alicent was great, and her power move of erupting from under the floor with a giant dragon will be hard to top.

Glen Weldon, NPR – In which Alicent is not the grasping schemer of the book, but is a woman who’s deeply troubled by the means those loyal to her are willing to go to, even if she’s distinctly untroubled by the end they arrive at, and while introducing such internal conflicts doesn’t simply add nuance and enrich character, it does turn a paltry few pages of the book into a full hour of television.

Helen O’Hara, IGN – In which the show finally remembers the existence of Graham McTavish’s Ser Harrold Westerling, captain of the Kingsguard, and he at last gets something to do.

Hillary Kelly, Vulture – In which the episode belongs entirely to Alicent, who has come a long way from the benign little mold that the show’s writers haplessly locked her into for the first half of the season, where Olivia Cooke gets all the good stuff, and makes the most of it.

Jeremy Egner, New York Times – In which Lord Beesbury was one of the lucky ones because his early exit meant that he didn’t have to stick around for an episode that, while it had its good points, was mostly a mess.

Jenna Scherer, AV Club – In which the first HOTD installment without Rhaenyra or Daemon drastically changes the energy of the episode.

Kim Renfro, Insider – In which the credits confirm Alicent’s and Viserys’ yet unnamed child is existent, but just offscreen for now.

Kimberly Roots, TVLine – In which after eight episodes of talking about who’ll follow Viserys (R.I.P.) in ruling Westeros, things are finally happening in that regard.

Meghan O’ Keefe, Decider – In which the Targaryens might be cool, but they aren’t interested in the people they rule.

Rob Bricken, Gizmodo – In which when the show is over, three seasons and an episode from now, the haunting, melancholy opening scene of a dark and empty Red Keep, its inhabitants still asleep – not knowing their lives and the entirety of the Seven Kingdoms have been irrevocably changed with Viserys’ death during the night – will be memorable.

Sean T. Collins, Rolling Stone – In which TV gives the foot fetishists of the world some long overdue representation!

Zach Kram, The Ringer – In which The Green Council is an underwhelming mess, and the low point of an otherwise enjoyable first season of franchise television.

Summary: Episode 9’s The Green Council was a series high for many, and a stumbling block for others. The political machinations confused some, and thrilled others, while Rhaenys’ big moment at the end divided everyone.

My Review: I thought it was slower than your average episode 9, until the momentous end. I thought it was a little silly that suddenly Alicent is trying to outplay her father; that came seemingly out of nowhere for me…but I thought the episode was fittingly tense and interesting from beginning to end, and I thought that Ramin Djawadi gave us yet another absolute banger of a score.