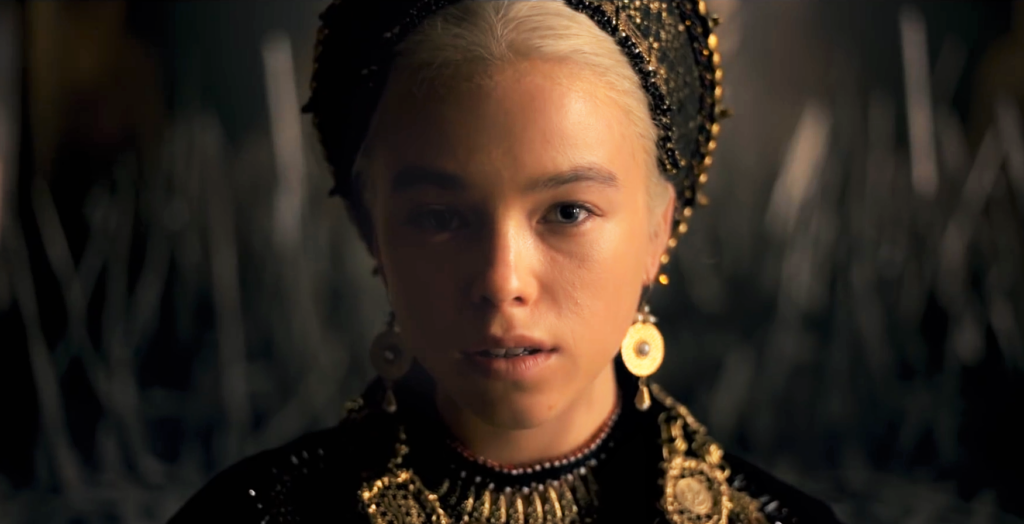 The time has come! Believe it or not, though the show is still in mid-production, we now have the first teaser trailer for the Game of Thrones prequel, House of the Dragon!

With the familiar sounds of Ramin Djawadi on the background, Matt Smith’s Daemon Targaryen pronounces these ominous words: “Gods. Kings. Fire. And Blood. Dreams didn’t make us kings — dragons did.” As he speaks, we see a succession of quick shots: