HBO releases casting call for Daemon Targaryen and Nikolaj Coster-Waldau discusses the fan response to season 8 | Watchers on the Wall | A Game of Thrones Community for Breaking News, Casting, and Commentary 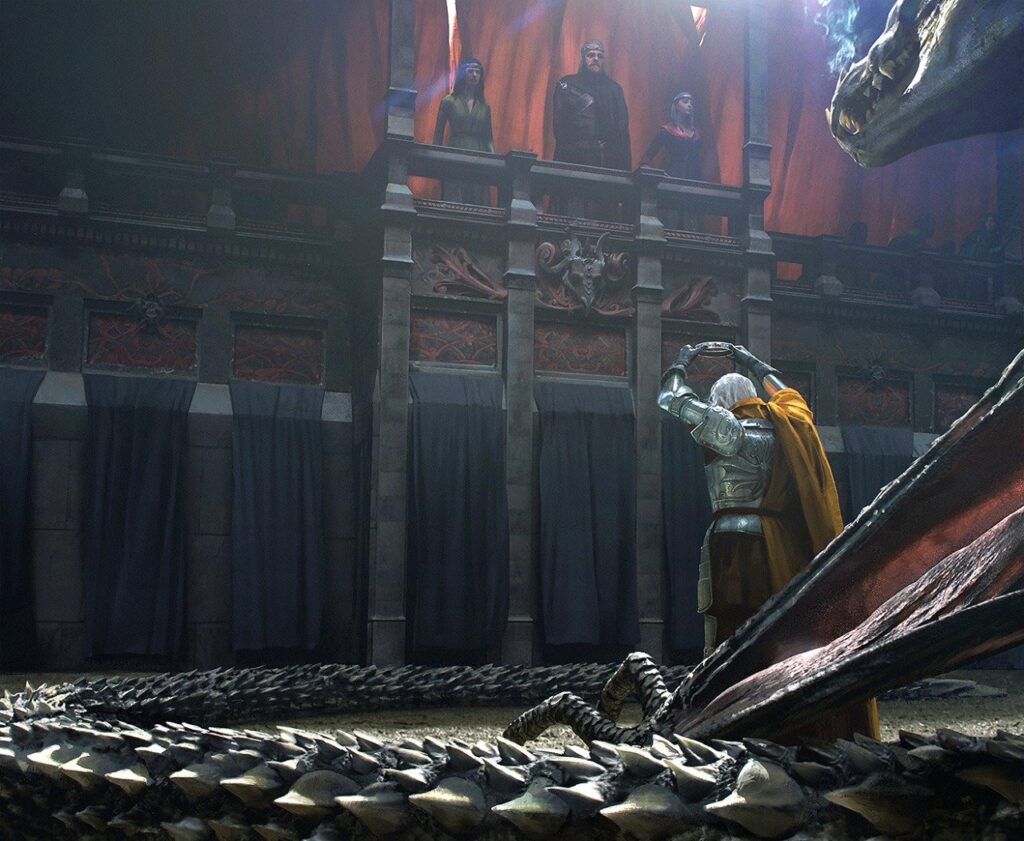 In these uncertain times it’s deeply comforting to hear that at least one thing is still on track … and that’s the Game of Thrones prequel series, House of the Dragon. A casting call has surfaced for the role of Daemon Targaryen, who is slated to be one of the leads in the series. In other news, Nikolaj Coster-Waldau recently said he “almost wanted” to donate to the petition to remake season 8 of Game of Thrones.

The Illuminerdi reported that HBO is looking for multiple options to play Daemon Targaryen. The character description reads:

PRINCE DAEMON TARGARYEN (Male, 40-50) – The younger brother to King Viserys, Daemon wasn’t born with “naked ambition” for the throne despite being in line for it. He’s less methodical and more impetuous. Not to mention easily bored…stumbling from one distraction to the next with the subconscious yet singular obsession with earning the love and acceptance of his brother the king. Most of Daemon’s joy is found at sword-point. But even as the most experienced warrior of his time, he vacillates between vile and heroic, making him the true rogue of the series.

Game of Thrones ceased using real character names for casting calls many seasons before the end, so the lack of a pseudonym for Prince Daemon may cast some doubt on the veracity of this casting call. However, it’s true that House of the Dragon is a new production distinct from Game of Thrones, so they may be doing things differently. They wouldn’t be spoiling much with casting calls for a show that takes place at a time many years in the past of Westeros that Martin has written about at length.

Speaking of: Daemon Targaryen, for those of you who don’t have Fire and Blood close at hand, was the husband of Rhaenyra Targaryen, one of the contenders for the throne during the Dance of the Dragons. But Daemon made his own mark on Targaryen history and earned himself a reputation as a rogue, which the description above references. He’s even the eponymous character of George R.R. Martin’s novelette, The Rogue Prince.

Though we certainly had our fair share of morally grey characters in Game of Thrones, it’ll be interesting to see how House of the Dragon portrays this particular roguish-yet-royal, vile-yet-heroic protagonist. I’m keen to learn more when filming begins next year.

Until then, let’s refocus our attention on the present, where Nikolaj Coster-Waldau recently interviewed with Variety and joked about wanting to donate to the petition to redo the ending of Game of Thrones. When asked about the fans’ less-than-stellar response to Jaime’s death, Coster-Waldau said:

I didn’t follow it at all. [Pauses.] Obviously, I heard about it. I was aware of the petition for a new ending, which I thought was hilarious. I almost wanted to donate to that petition. HBO saying, “You’re right, so many people want it, we’re going to do it.” I think everyone had their own opinion. I find the world of fandom really interesting. Everyone wanted something specific and different from what they got. It’s a combination of — you imagine an ending; but also, I think if you’re a hardcore fan, it was really upsetting that it ended. You lived with this for eight seasons. There is still a massive community dedicated to “Game of Thrones.” I think there was a real fear that was going to go away. It had to end.

So, in context it’s pretty clear that Nikolaj didn’t actually support the call to “correct” the final season. Though I have to say, when he was asked what he would change about season 8 if he had to redo it, his reply was a tad dodgy.