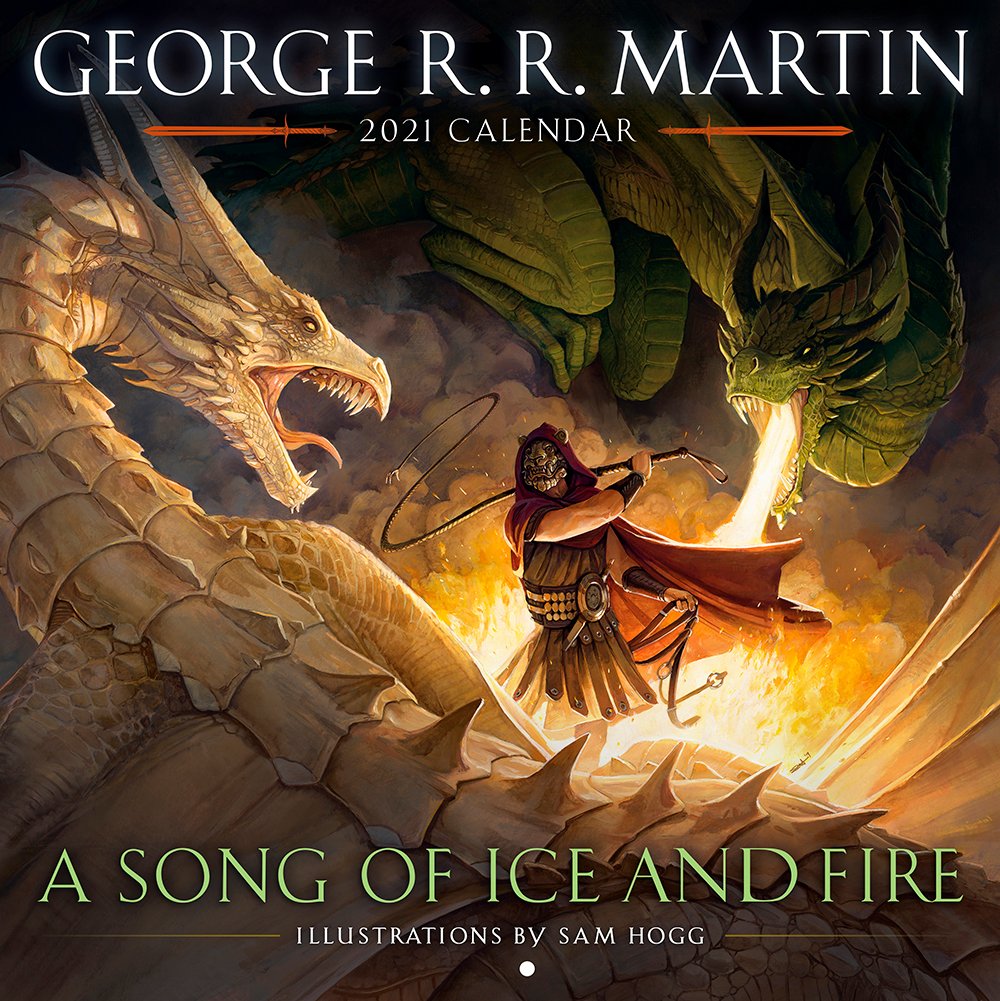 The calendar features 13 illustrations (including a fold-out poster) of scenes from A Song of Ice and Fire painted by Sam Hogg. The artist celebrated the calendar’s release on Twitter earlier today with a preview of her personal favorite illustration, which depicts Theon Greyjoy giving  “Arya Stark” away at her wedding to Ramsay.

Hogg offered insight into how she crafted these gorgeous works, tweeting that they were all done in oil on canvases at least 20×20 inches in size. A limited number of signed prints and/or copies will be available at a later date. I recommend following her on Twitter to stay up to date on any developments.

If anyone would like a signed copy/sketch & signed copy & doesn’t mind postage from the UK, I’ll be getting a limited number from the publishers and with cons being off the table this year, might be the only way to get one signed soon! Will post about it when I get the calendars

The Penguin Random House preview of the calendar also includes a look at February’s art, a depiction of Chataya and the women of her house:

In the meantime, you can purchase the calendar from Penguin Random House’s website for  $18.00.

Which A Song of Ice and Fire scene do you most hope is included in the collection? Tell us below.