George R.R. Martin discusses his least favorite scene from Game of Thrones; it's probably not what you think | Watchers on the Wall | A Game of Thrones Community for Breaking News, Casting, and Commentary 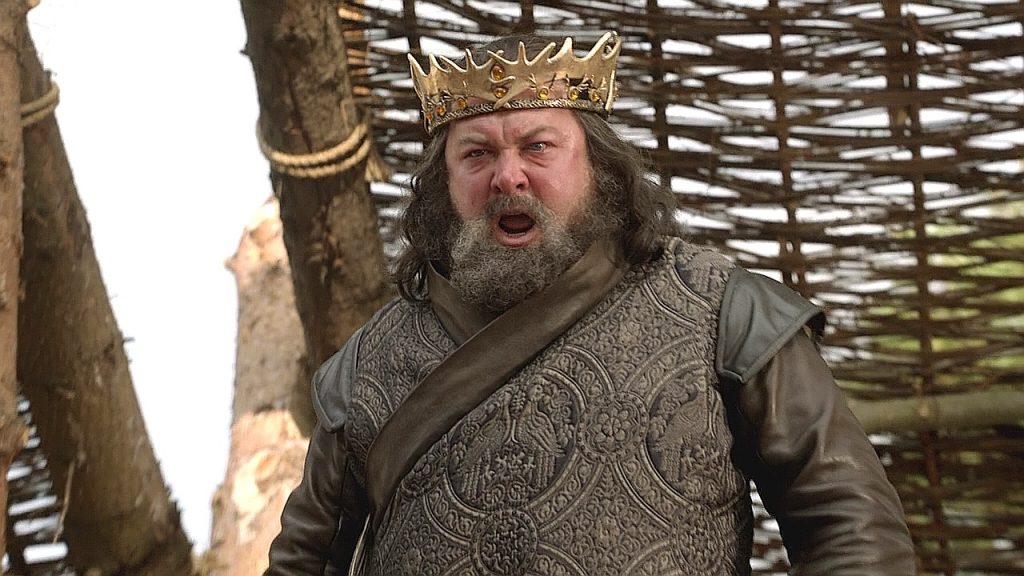 George R.R. Martin has been quite open with his opinions regarding Game of Thrones, both positive and critical. Recently, James Hibberd released a snippet from his upcoming book, Fire Cannot Kill a Dragon, in which Martin expresses disappointment at Lady Stoneheart’s omission, for example. Now Hibberd has published another interview excerpt for Entertainment Weekly, in which Martin discusses which scene from Game of Thrones he considers his least favorite.

Surprisingly (or maybe not), it’s a scene from quite early on in the show’s run in which Robert Baratheon goes hunting with Barristan Selmy, Renly Baratheon and Lancel Lannister.

Though Robert’s rant about “the good ol’ days” and verbal sparring match with his younger brother aren’t depicted in Martin’s books, the hunting subplot and character beats are all in keeping with the source material.

However, Martin says his issue has less to do with the content of the scene itself and more with the budgetary restrictions surrounding it. Sometimes it’s hard to believe that Game of Thrones was ever strapped for cash but back in season 1, the show just didn’t have the budget to allow Robert and co. to hunt in authentic, kingly splendor.

Fire Cannot Kill a Dragon: Game of Thrones and the Untold Story of the Epic Series will be released on October 6 and is available for preorder on Amazon now.