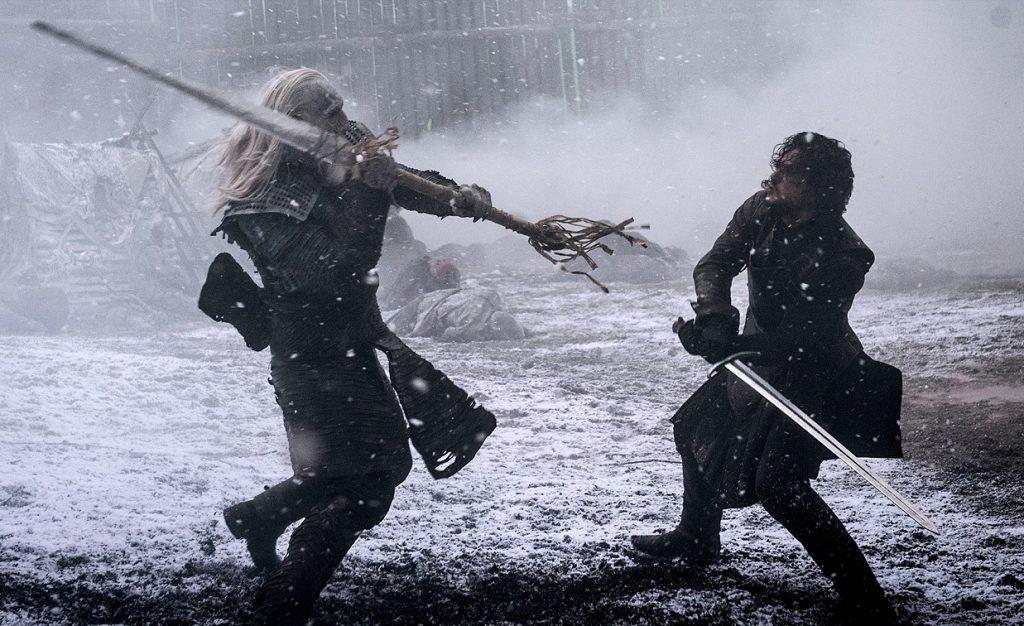 Game of Thrones has had more than its fair share of riveting battle sequences, marrying dramatic weight with tremendous production values – but, even more impressively, it’s also had a good run of battle episodes. “Blackwater” (episode 209) is a taut, all-encompassing narrative rollercoaster, changing in a heartbeat the characters’ fates – and the larger tides of war – several times throughout its hour run-time. “The Watchers on the Wall” (409) is a rough, never-ending siege, both literally and figuratively, that may not pack the same gut-punching plot wallop but which contains its own heart-wrenching, character-based moments.

Neither, however, can hold a candle to “Hardhome” (even though, ironically enough, the episode isn’t exclusively devoted to the titular battle). The fifth-season battle extraordinaire is, for all intents and purposes, the Star Wars: The Empire Strikes Back tale of the Thrones mythology, the conflict that sees the dark (or, in this case, the icy) side reign supreme in what amounts to a long, slow, simmering struggle that is the metaphorical equivalent of watching your main character bleed out slowly in the snow – which is ironic, given what fate befalls Jon Snow just two episodes later. Resistance is futile; defeat is the only possible outcome.

This grim, unsettling tone may be most apparent in its outcome – when several thousand wildlings and Night’s Watch brothers are raised from the dead, simultaneously depleting the ranks of the living and increasing the host of the undead – but it’s also reflected in Jon’s losing his dragonglass cache, what was the only known weapon capable of defeating the White Walkers and their wights, and in Tormund Giantsbane’s brutal murder of the Lord of Bones, which is yet another variation on the folly-of-man theme: instead of cooperation out of self-interest, there is only savage slaughtering out of tribalism.

The only ray of light in this funeral procession of an episode? The discovery that Valyrian steel is the rough equivalent to dragonglass, providing another means of defense against the Night’s King and his supernatural brethren. It also results in the single moment of triumph for both Lord Snow and all of the Westerosi: the killing of the White Walker in single combat – though, even here, it is a victory that is, as Shakespeare would say, “sicklied over with the pale cast” of defeat, as the Night’s King himself watches the development and immediately adapts his battle strategy to nullify the threat. 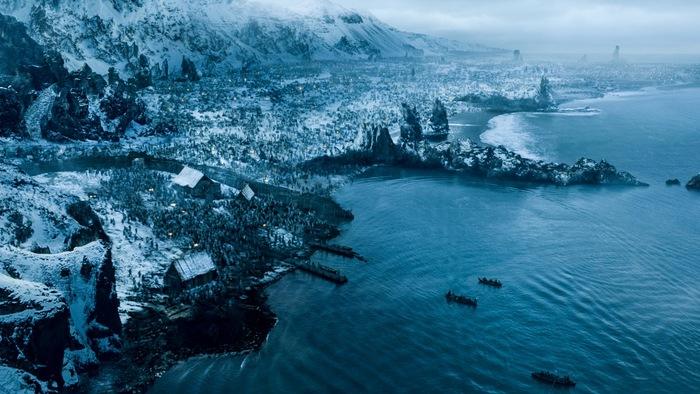 By the time the inexorable, excoriating ending arrives, viewers are left drained. The Battle of Hardhome is visceral and thrilling in a concentrated and protracted way that the show had only flirted with for a fleeting moment here and there previously, and audiences are all the better for it – a week later, that is, once they’ve had time to decompress.

But that, of course, is not all “Hardhome” has to offer.

In the 30 or so minutes before Jon arrives at Hardhome to begin its evacuation, there is a plethora of scenes that either add to or contrast with the thematic dirge but which all help to create a whole that is just as dire. Olly has a heart-to-heart with Sam Tarly about the necessity – and, indeed, the bravery – of making a decision that most others might find to be wrong, a conversation that, of course, inevitably helps lead to Lord Commander Snow’s assassination; Queen Regent Cersei Lannister learns that “the work continues” from her only remaining loyal servant, Qyburn – work whose ultimate consequences remain unknown but certainly look to cause massive disruptions across Westerosi society (and, therefore, affect the coming war against the White Walkers’ zombie horde); a captive and increasingly depressed Sansa Stark receives her own lone ray of light from Reek: the revelation that her two younger brothers, Bran and Rickon, still live and are somewhere out there, waiting to be found (yet another payoff waiting to happen in season six, one can only assume). 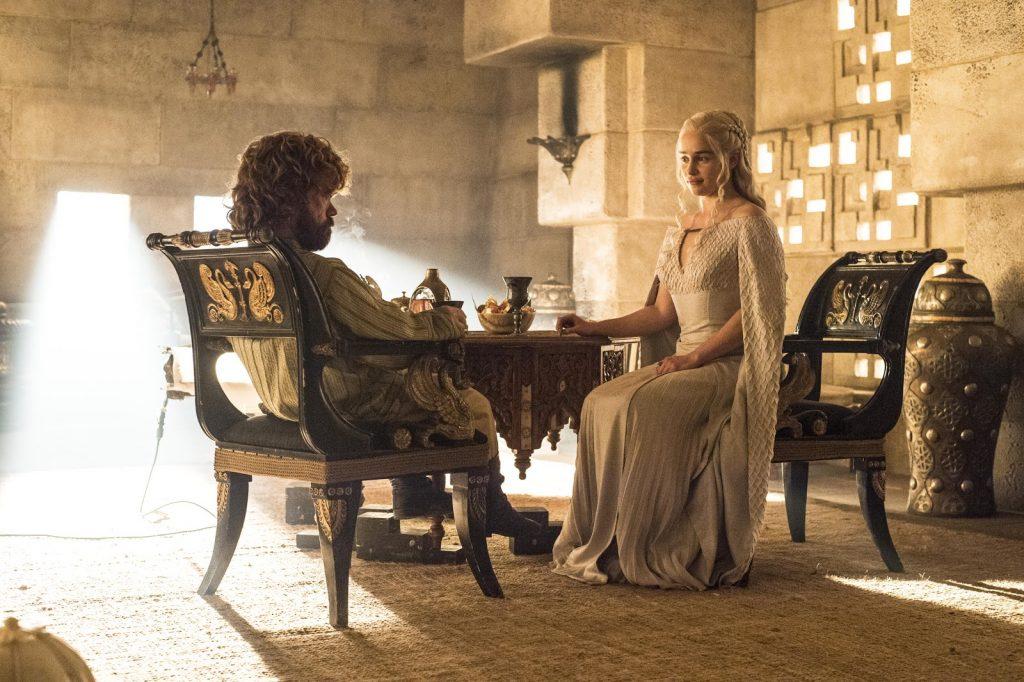 But perhaps the biggest development of note before the Battle of Hardhome takes hold is one of the quietest, most understated scenes in the entire installment: the parlay between Queen Daenerys Targaryen and the wayward Imp, Tyrion Lannister. When discussing the path forward that Dany has to Westeros – and, in fact, whether it’s a path that’s worth taking at all – Tyrion begins reciting the various houses that the last surviving Targaryen will need to court in order to secure enough support for a future possible rule. The talk elicits an uncharacteristically disdainful response from the queen:

“They’re all just spokes on a wheel – this one’s on top, then that one’s on top, and on and on it spins, crushing those on the ground.”

“It’s a beautiful dream, stopping the wheel. You’re not the first person who’s ever dreamt it.”

“I’m not going to stop the wheel – I’m going to break the wheel.”

Jon tried to do the same, both at Hardhome and back at Castle Black. Stannis Baratheon, another would-be monarch, made a similar attempt, in his own way. Ser Jaime Lannister may just be poised to break some wheels of his own.

We shall see where this gets any of them. 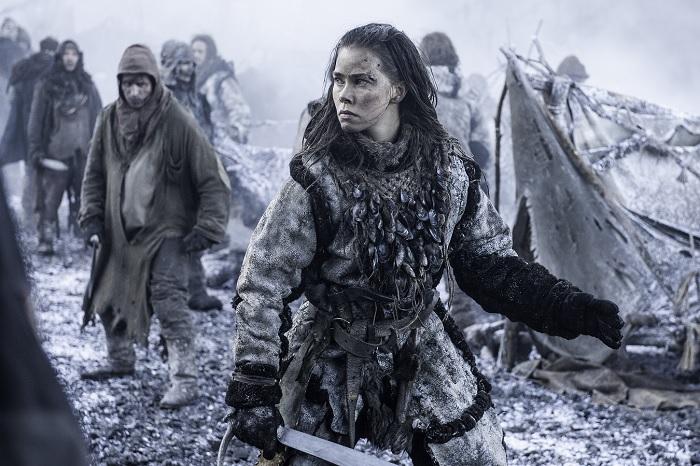 Wun Weg Wun Dar Wun, one of the last remaining giants, gets his speculator first appearance here (two-and-a-half years after audiences – and Jon Snow, too – got their grand introduction to the giants). Though only popping back up one further time since “Hardhome,” he’s poised to return in season six – presumably to quite dramatic effect, if trailers and critical analysis are to be trusted.

An even more intriguing addition to the show’s roster, however, is Karsi, despite her rather short-lived tenure; fierce, protective, loving, antagonistic, and yet, ultimately, open to compromise (which, I suppose, means we need to add “intelligent” and “capable of abstract thought” to the litany), the wildling chieftain is a fiery character, and one that is ably performed by Birgitte Hjort Sorensen. She added a much-needed dash of color to an episode that was otherwise so dominated by bleakness.

The Lord of Bones may barely register as a recurring character, even by Game of Thrones’s too-many-characters-to-keep-track-of standards, but he made a presence for himself, if only through his visual design – that giant’s skull as a helmet is just as bad-ass on screen as it was on the page – and not necessarily through the force of his personality or the magnitude of his actions (indeed, in his four appearances across the past three seasons, he barely manages to make an impression – until “Hardhome,” of course). But his death is still an effective illustration of the state of affairs between the crows and the Free Folk, and that, in turn, only underscores the greater potency of the White Walkers. Not every character is offered on the showrunners’ sacrificial altar for as much narrative heavy-hitting.

What made for an even more dramatic exit, however, was Karsi’s facing down a platoon of child wights – what was probably the only sight that could freeze the warrior-leader in her tracks. Her willingness to surrender her life rather than harm a child – even one that is already (un)dead – is a tender grace note, a moment of compassion that is so rarely witnessed on the series.

Of course, this being Game of Thrones, it was rewarded the only way it could be: with total and abiding cruelty. 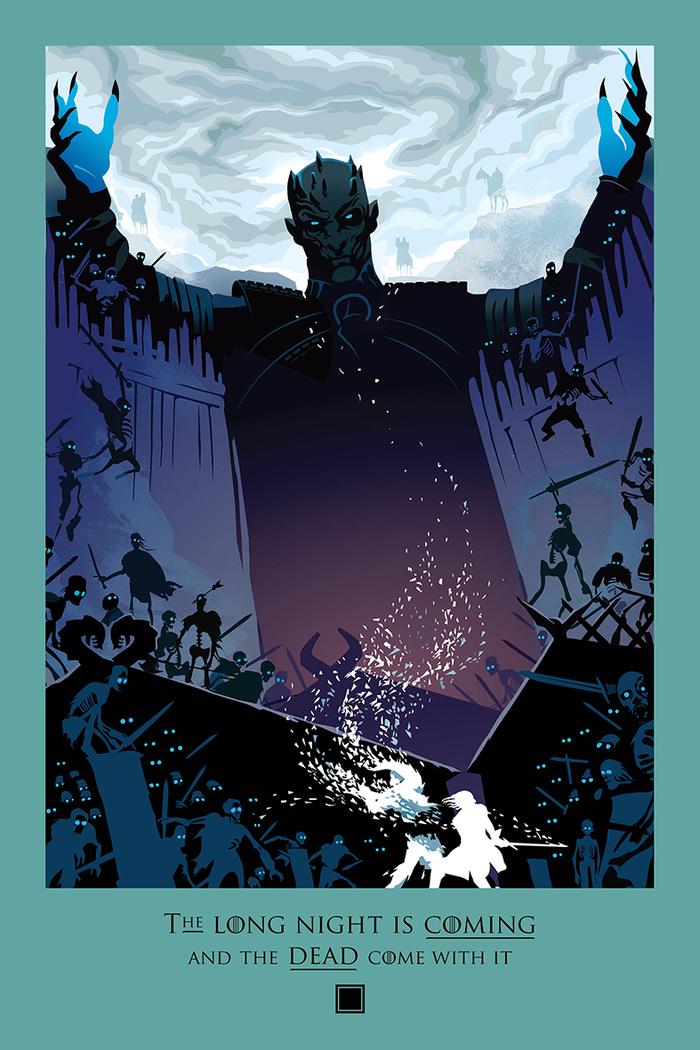