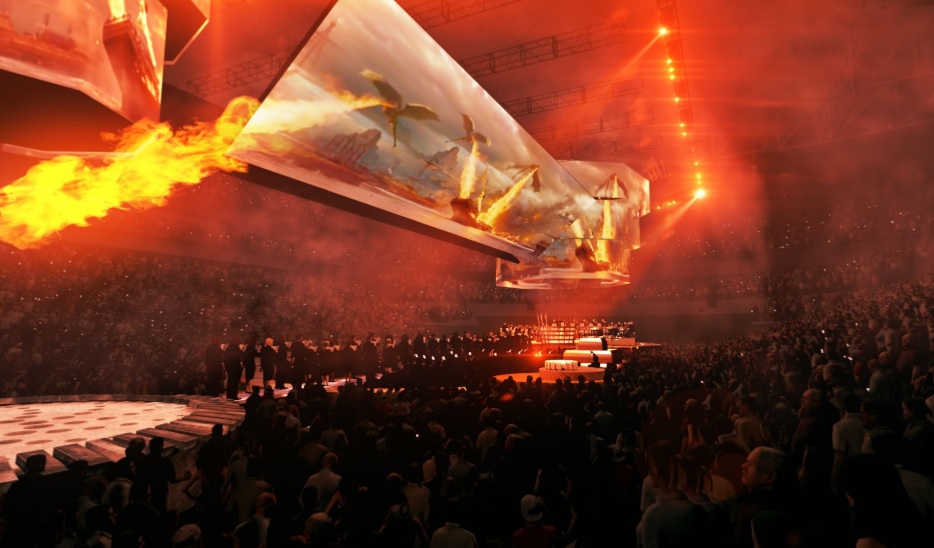 I was fortunate enough to get tickets to the Game of Thrones Live Concert Experience way back in September. Consequently, I spent the better part of six months building up impossible expectations for the event in my head. By the time I made it to my seat at the United Center in Chicago last night, my heart was racing and my stomach was in knots.

I am very pleased to say that Ramin Djawadi did not disappoint.

Rest assured, the Game of Thrones Live Concert Experience is every bit as extraordinary as the online promos presented it to be.

Djawadi and his crew of around 65 players take the audience on a comprehensive musical tour of Game of Thrones‘ six harrowing seasons.

The musical selections alternate between score pieces that correlate to specific scenes, which are then played in their entirety on the video wall (most cruelly, the Red Wedding and Hodor and Rickon’s deaths) and musical suites tracking characters’ development from seasons 1 – 6.

Each piece of music is accompanied by a visual element, be it on the video wall or on the stage. This not only lends a sense of spectacle to the concert but adds an emotional context to the music (in case anyone had forgotten). For example, as “Goodbye Brother” is performed, a weirwood tree comprised of red leaves on the video wall and a gauze curtain envelops the violin soloist.

Though having an appreciation for Game of Thrones and Djawadi’s score will likely enhance your enjoyment of the show, I wouldn’t say previous exposure to the material is absolutely necessary in order to have a good time.

In his opening address, Djawadi asked audience members who hadn’t watched the show to raise their hands and a surprising number of arms (presumably belonging to friends who had been dragged along) shot up into the air. The clips played on the video wall provide enough context to understand the emotional significance of the score pieces and the live performances and other visual elements are more than enough to keep any audience member engrossed. So, if you’re planning on attending a performance but you’re concerned your non-Game of Thrones fan friend will get bored, I wouldn’t worry about it. Simply put, I cannot recommend the Game of Thrones Live Concert Experience enough.