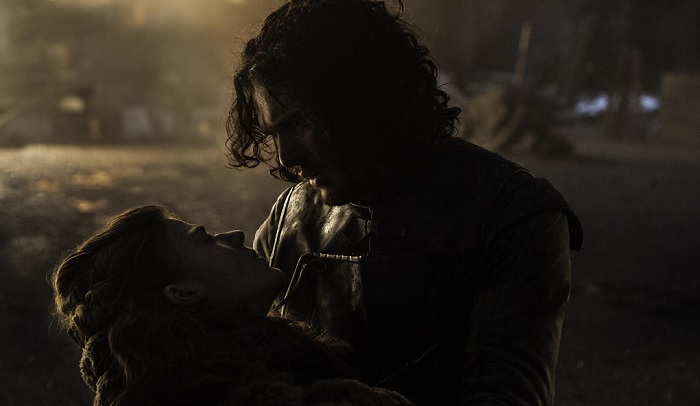 Fans have been wondering when we’ll learn more about the IMAX showings of Game of Thrones episodes (and a season 5 trailer!) this January, announced on January 6th. There’s been no theater sites posted or ticket sales being offered on websites anywhere, leaving viewers to wonder what the deal was, with the posted IMAX premiere date of January 23rd coming soon.

Today, HBO announced via official press release that the reason for the delay in information is that, due to the unexpected and overwhelming fan response to this event, HBO and IMAX have decided to expand the opening of Game of Thrones in IMAX theaters, causing the show to debut in theaters one week later than planned. Game of Thrones will open in upwards of 200 theaters on January 29th, starting at 10PM, and showings will continue through February 5th.

More details, including confirmed cities, below the cut!

Details from the official press release:

Moreover, the first 300 IMAX ticket holders for the Thursday night opening show time at participating IMAX theatres will receive a commemorative Game of Thrones poster from well-known illustrator Robert Ball (www.beautifuldeath.com), who designed interpretive images of the most iconic deaths in each episode.

Sue the Fury: The IMAX website does appear to be loading locations showing Game of Thrones now. Good luck with getting a ticket and finding a location in your area! It’s a shame we’ll have to wait a week longer for a trailer, but the expanded roll-out is great.

UPDATE: Oops, we crashed the IMAX site already. Well, the tickets aren’t on sale yet, so check back with the IMAX site later today or tomorrow and give their poor servers a break.

Some fans have been able to purchase tickets already, despite tickets supposedly not being on sale until the 16th. Stop by the IMAX site or Fandango.com to see if you’re able to buy tickets!