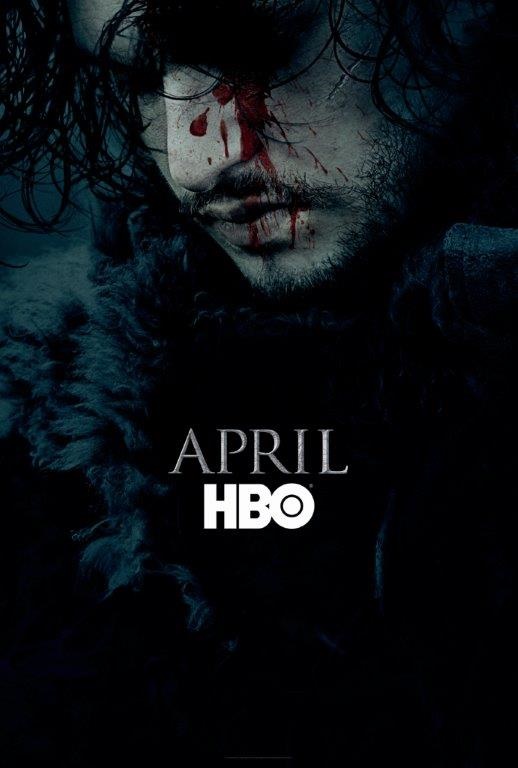 After a quiet off-season with few official updates from the HBO and Game of Thrones camp, the first official piece of artwork was released today- a Game of Thrones teaser poster featuring a bloody Jon Snow!

The teaser poster also includes the word “April,” appearing to confirm an April return date for the show. Some feared that Game of Thrones might not return until May 1st or even later, due to the presence of HBO’s new show Vinyl on Sunday nights. If Game of Thrones is premiering in April, it most likely will be the last Sunday of April, the 24th.

What do you think of the poster, readers? It’s not the final main poster for season 6- this is just for a tease. And I think it works great for that, featuring the character everyone is still obsessed with.