White Walkers and Riverrun rumors out of Northern Ireland | Watchers on the Wall | A Game of Thrones Community for Breaking News, Casting, and Commentary 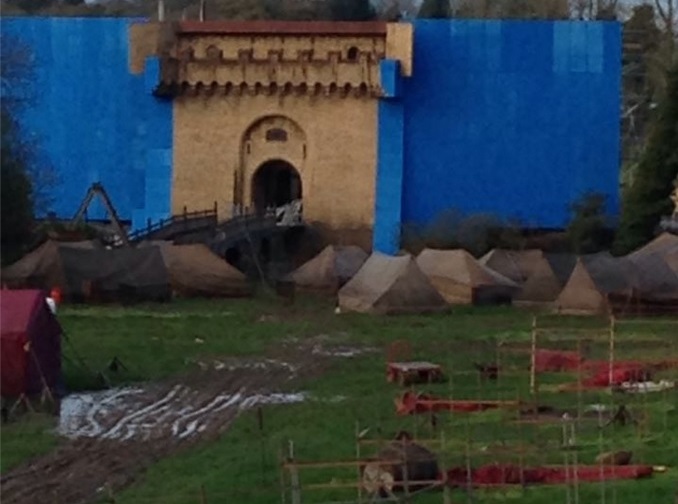 It’s a lazy Saturday here, and time for a quick Game of Thrones filming update!

This month, shooting has been focused on Northern Ireland, with rumors flying all the time about what we can expect to see in season 6. Recent reports point toward filming revving back up in Corbet and out at Magheramorne Quarry.

Spoilers beyond this point:

According to local sources, Game of Thrones is resuming filming at the Riverrun set in Corbet this coming week. It’s rumored that the show is planning a scene that requires possibly as many as a thousand people to be on hand for filming.

There have been multiple reports of filming in Corbet this fall, with fan photos showing the aftermath of some fighting involving trebuchets. It’s commonly believed that these scenes will depict the Siege of Riverrun that occurs in A Feast for Crows. If this new report is correct, will the filming for next week involve more fighting?

WotW reader Stephen took a photo of the Riverrun/Corbet set yesterday, Friday afternoon, showing its current state. If the show was done with it, they certainly would have removed things, but the set looks nearly ready for filming. Only the red tents are not up yet. 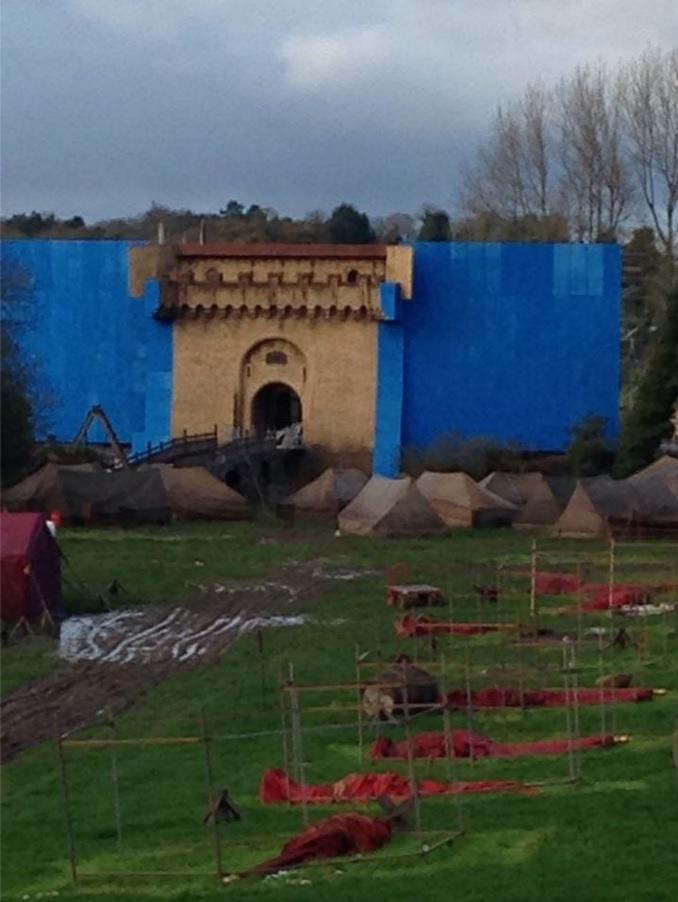 Other potential news from the country this week:

IrishThrones has passed along some details involving White Walkers. We’re not able to confirm it at this point, so consider this an interesting rumor plus speculation.

Magheramorne Quarry, in addition to being used for the Wall and Castle Black, has also stood in for snowy Hardhome areas. We’ve seen new sets being constructed in the open areas of the quarry lots over the last month. If this rumor has basis to it, there’s no way to tell if any White Walker filming at Magheramorne was being done at the Wall part of the quarry or one of the other sets. It makes sense that Game of Thrones would want to show more of the White Walkers this year, whether it’s in their home territory, their continued advancing south with the undead masses…or nearing the Wall.