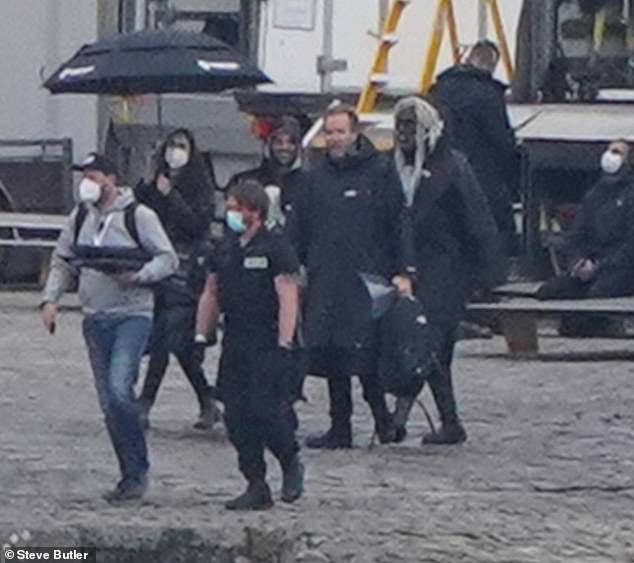 Production on House of the Dragon is coming along nicely, according to new photos which offer us a peek at costumes as well as a first glimpse of Steve Toussaint as Corlys Velaryon!

The Daily Mail recently published photos of the House of the Dragon cast and crew preparing for a busy day of shooting in Cornwall. Though the photos are a tad grainy and most people’s faces are masked (good on them for prioritizing safety, of course) there’s still a fair bit we can glean from them.

For one thing, two photos offer us our very first look at Toussaint as Corlys Velaryon. 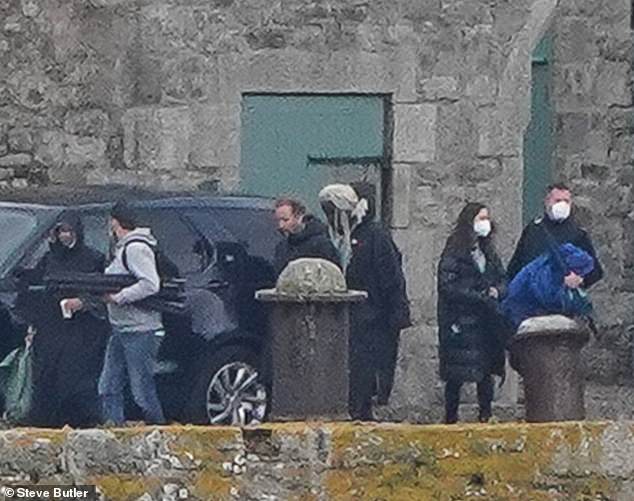 Moreover, we know that filming that day took place at St. Michael’s Mount, which is very, very likely the set for Driftmark, the home base for House Velaryon.

We also got a peek at some of the actors’ headwear as they were transported by boat to St. Michael’s Mount. 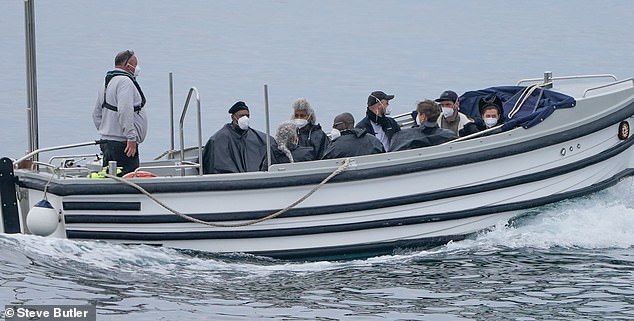 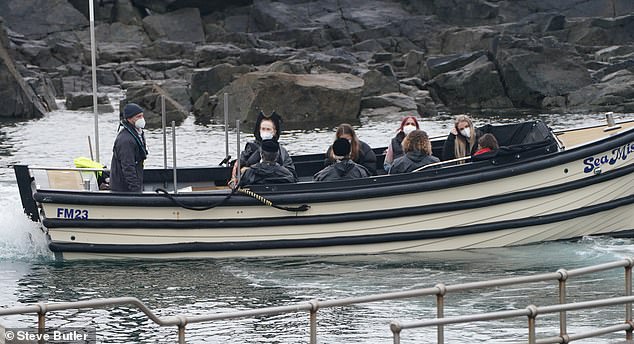 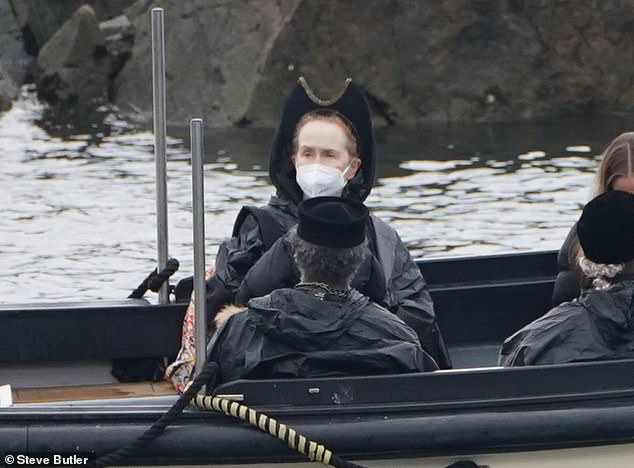 The black hats with golden trim are a notable deviation from the costuming styles we saw in Game of Thrones and I, personally, am really excited at the prospect of House of the Dragon showcasing the evolution of Westerosi fashion as it takes us through three centuries of Targaryen history.

Filming continued today, with the Daily Mail providing a few more distant shots. Several more actors and a blue screen are in play, though it’s hard to tell what’s happening, admittedly. We do know that Rhaenyra was present as Emma D’Arcy was spotted once again, bundled up in a coat, with her silver-blonde wig on, ready for shooting. With all the characters clad in black/dark colors, with a sizable group gathered, it may have been for a funeral. Possibly for the sarcophagus seen yesterday on set… 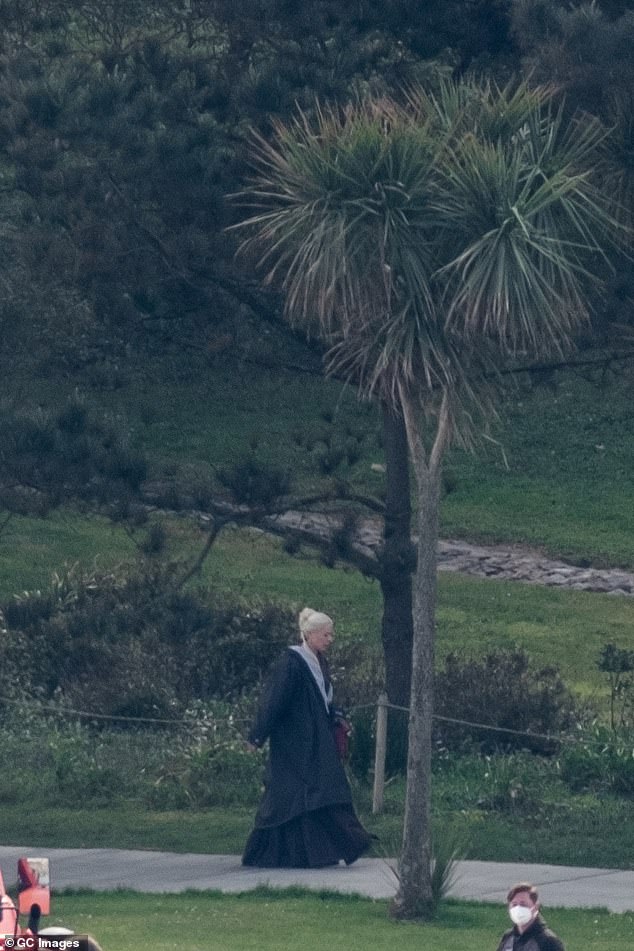 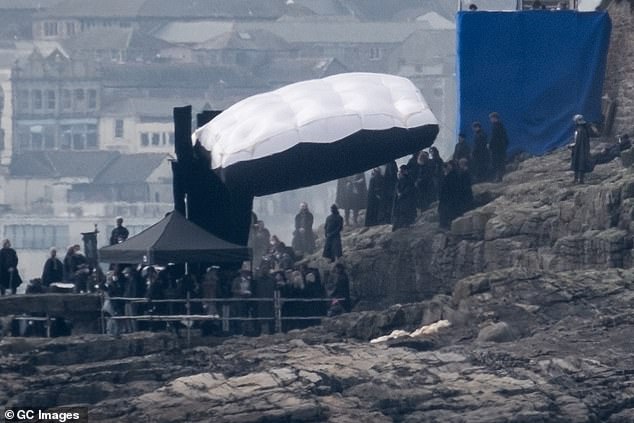 What do you think about Corlys and the new photos? Are you getting excited?