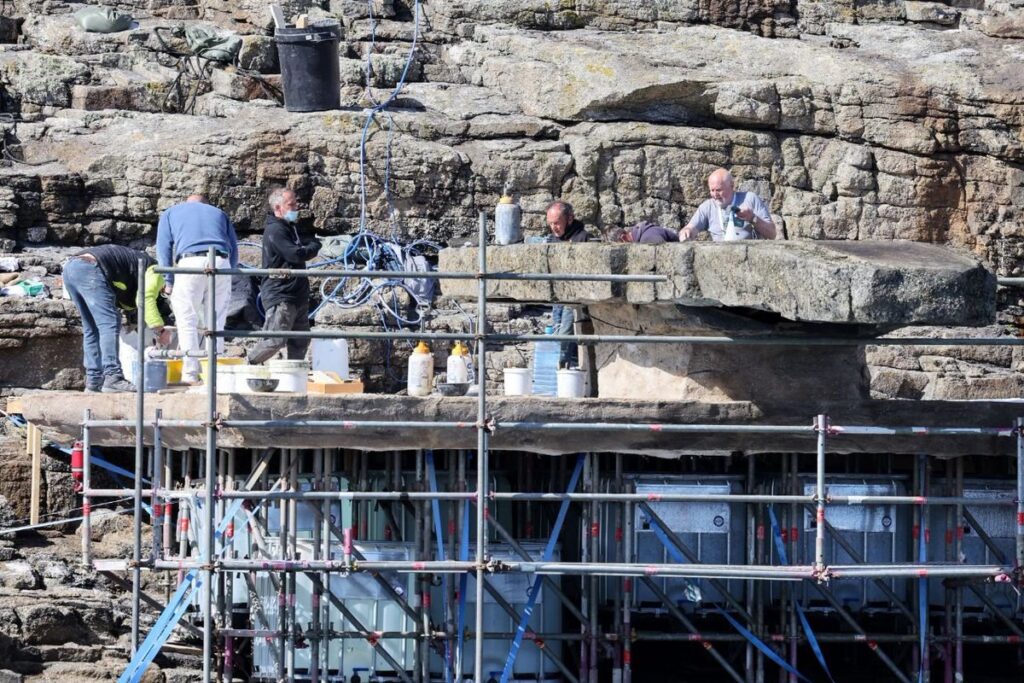 New photos have surfaced from Cornwall where production for House of the Dragon has “allegedly” (lol, it definitely has) begun, giving us a clearer look at House [redacted]’s sigil and hinting at nautical shenanigans.

Twitter user @vv408vm (whom you can also follow on Instagram for ongoing coverage) recently tweeted several photos from Cornwall, one of which gives us a gloriously high-def view of House Velaryon’s sigil. 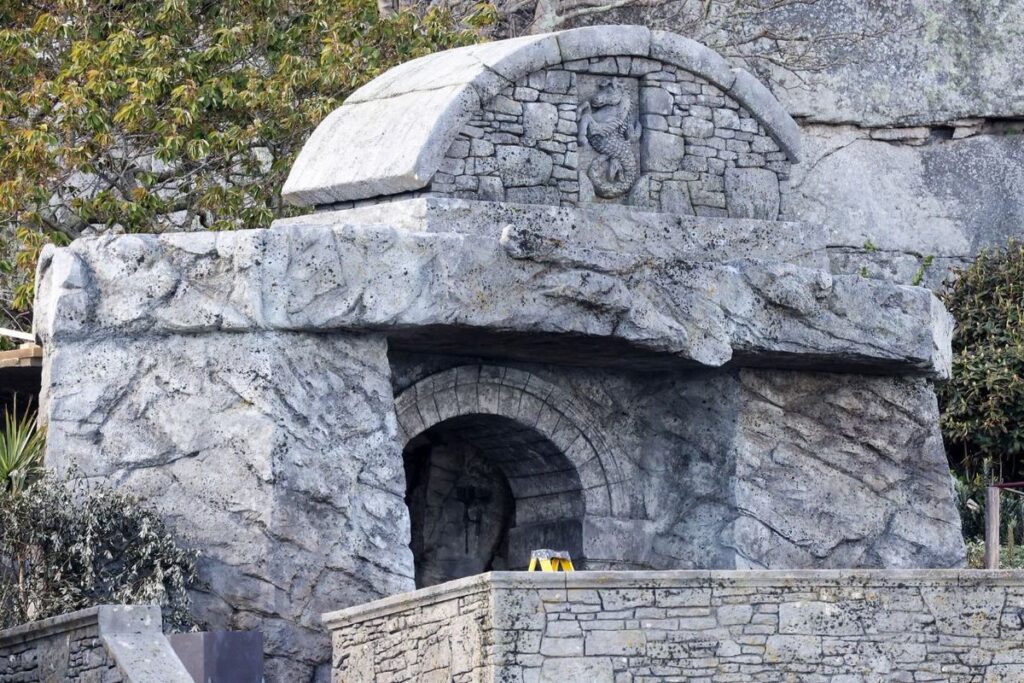 This strongly supports speculation that St. Michael’s Mount is going to serve as Driftmark, the island home of House Velaryon.

Other photos (@vv408vm doesn’t specify whether they were taken at St. Michael’s Mount or Holywell beach) show the transport and installation of a stone coffin bearing the effigy of a woman. 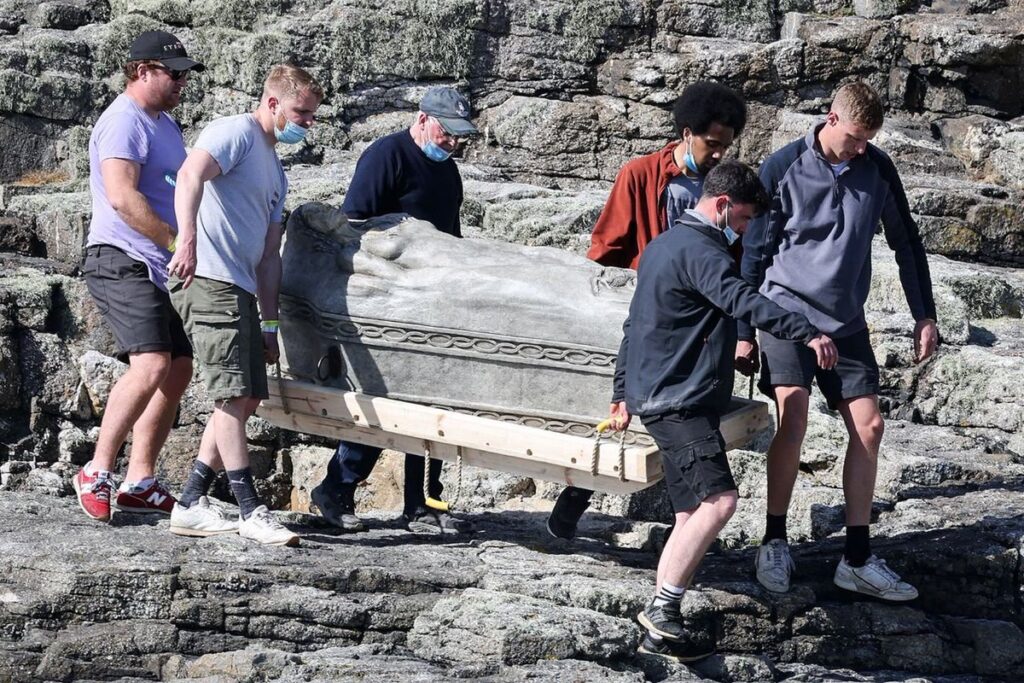 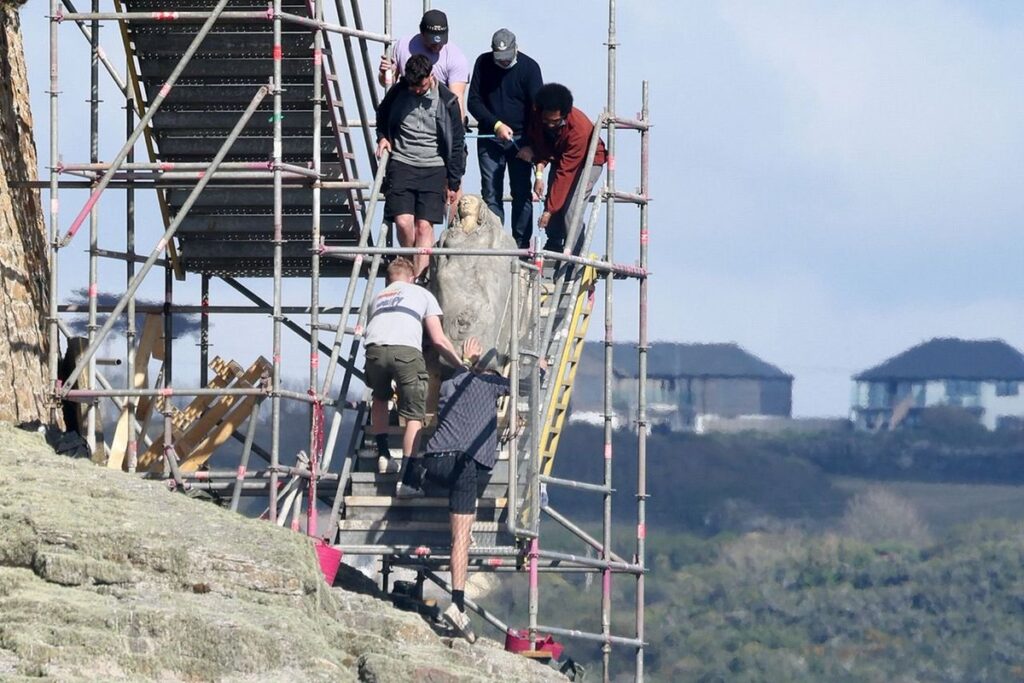 Whether this is the tomb of a recently deceased character or a long dead member of House Velaryon or Targaryen remains to be seen.

@vv408vm also noted that the wreckage of a ship is under construction and that a wooden rowboat was used in a shoot, which opens the floor to speculation as to when exactly these scenes take place in the timeline.

Off the top of my head, I can’t think of any singularly significant shipwrecks in Targaryen or Velaryon history, though of course Corlys Velaryon loses a nice chunk of his fleet during the Dance of the Dragons … uh, spoilers.

What do you think? Tell us below.

Cornwall, Filming, House of the Dragon