UPDATE! Cersei meets unexpected main character in Dubrovnik shoot for Season 8! | Watchers on the Wall | A Game of Thrones Community for Breaking News, Casting, and Commentary 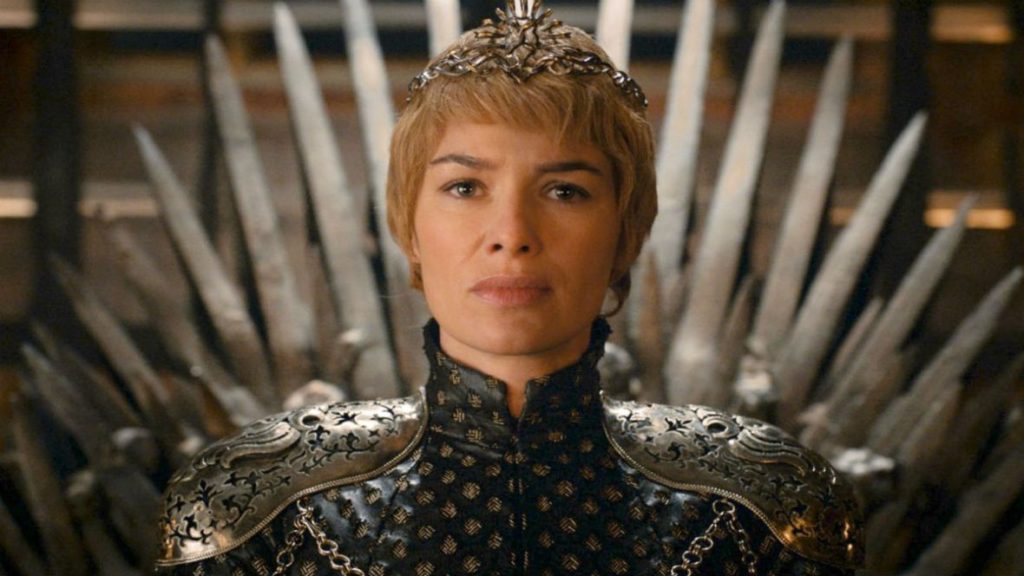 After a mysterious first day of filming in Dubrovnik and a slightly confusing second one, this third day brings us the Queen of King’s Landing: Lena Headey has been spotted on location, wearing a new queenly outfit — and she’s not alone. Apparently, in season eight Cersei will be having a parley in King’s Landing with an unexpected main character!

There are spoilers for the last season below the cut, so venture forth at your own risk!

Yesterday Kit Harington filmed a scene in which Jon Snow was escorted through the city walls by Northmen-looking soldiers. Today Jon appeared again, this time at Bokar Fortress, but he wasn’t alone! As seen in Dubrovnik Net and The Dubrovnik Times, Cersei was there too, and today she was the one with an escort — her new black-and silver Kingsguard, including Gregor “The Mountain” Clegane, played by Hafþór Björnsson: 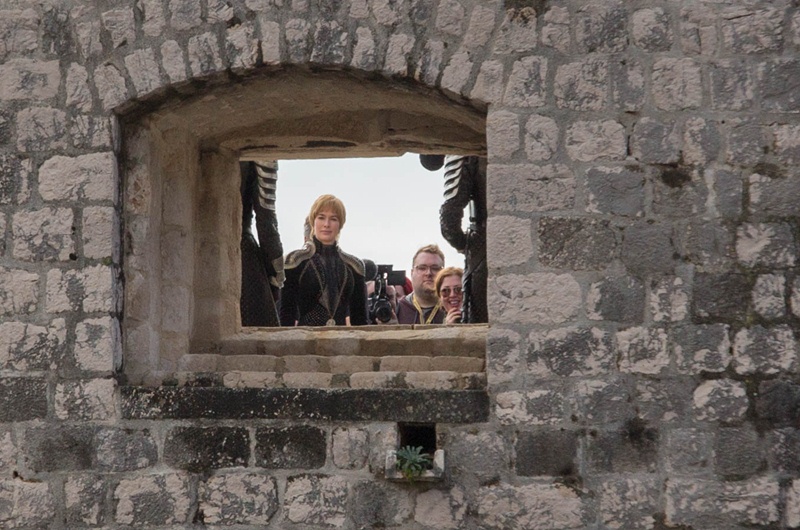 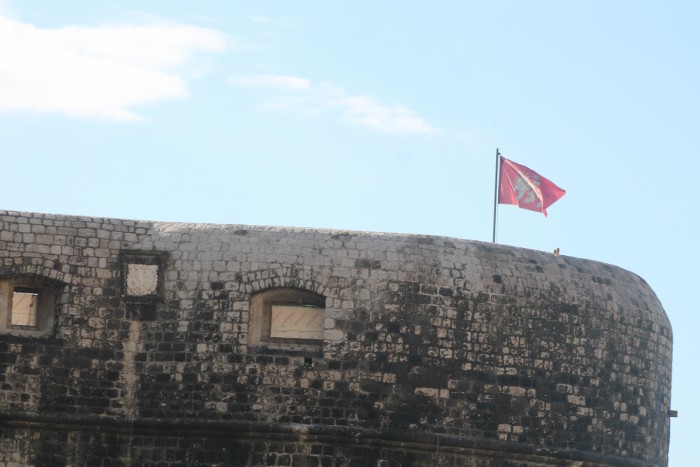 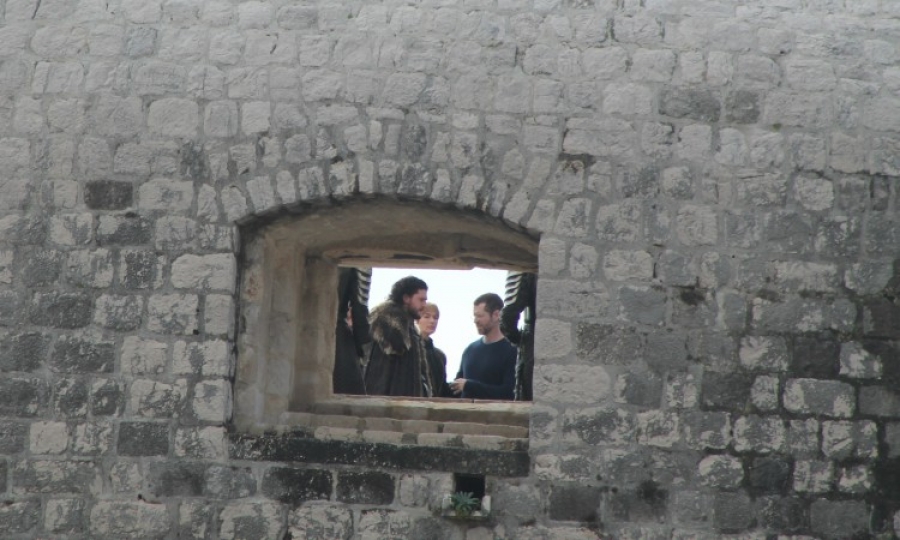 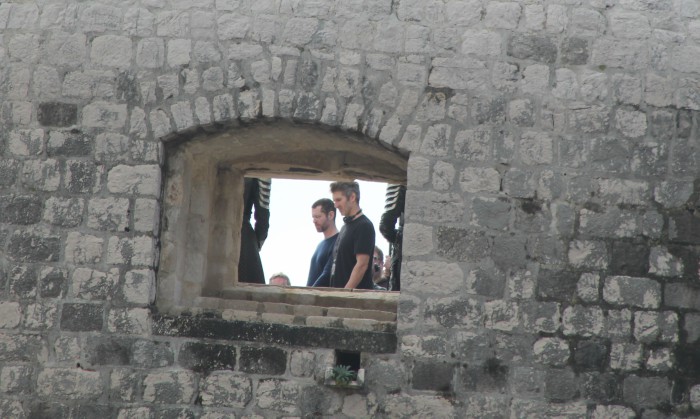 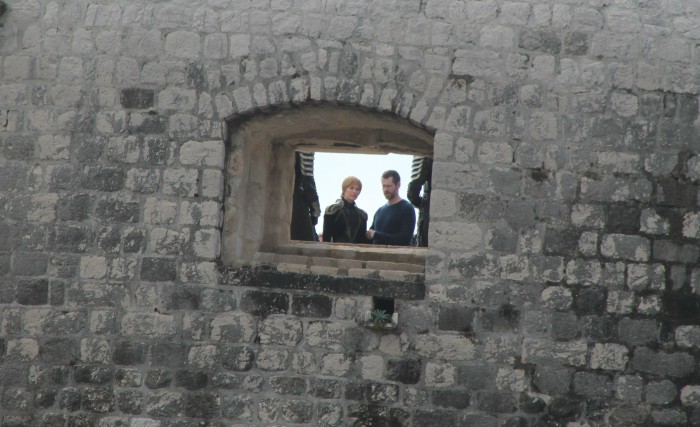 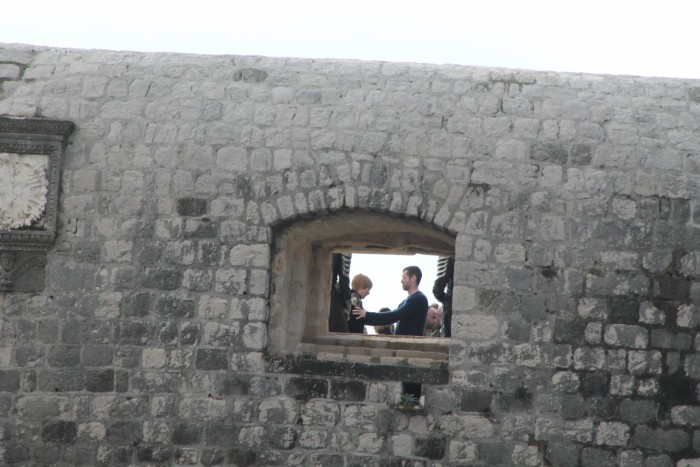 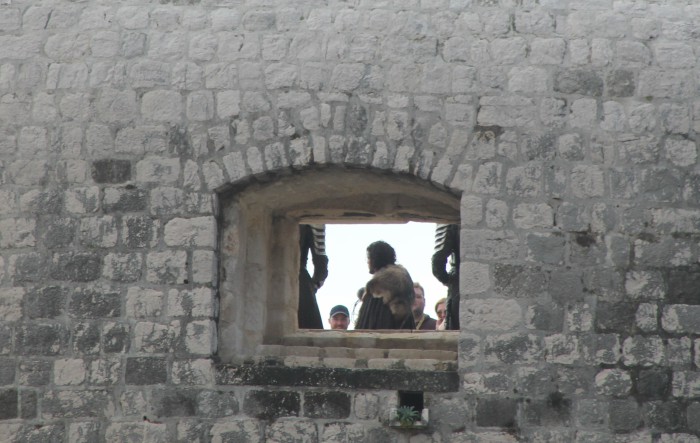 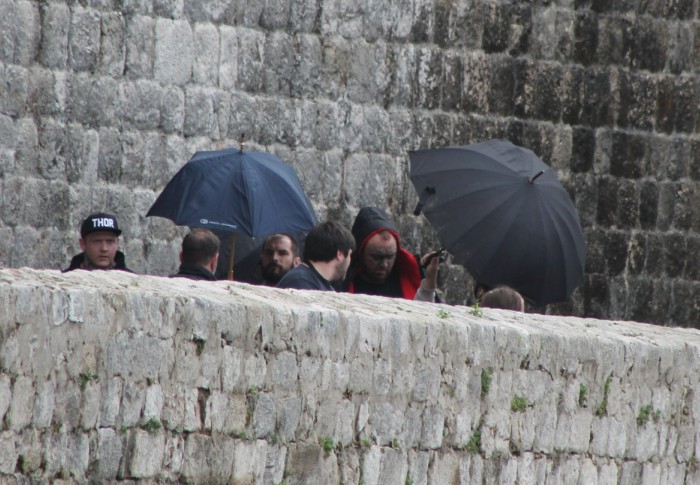 The circumstances of this meeting are a mystery, as is its placement in the season. At first glance, the fact that both David Benioff and D.B. Weiss are on scene and giving directions would indicate this scene belongs to the series finale, which they are directing. However, it appears the showrunners were merely providing guidance as producers and writers, since the actual director, David Nutter, was also seen on set: 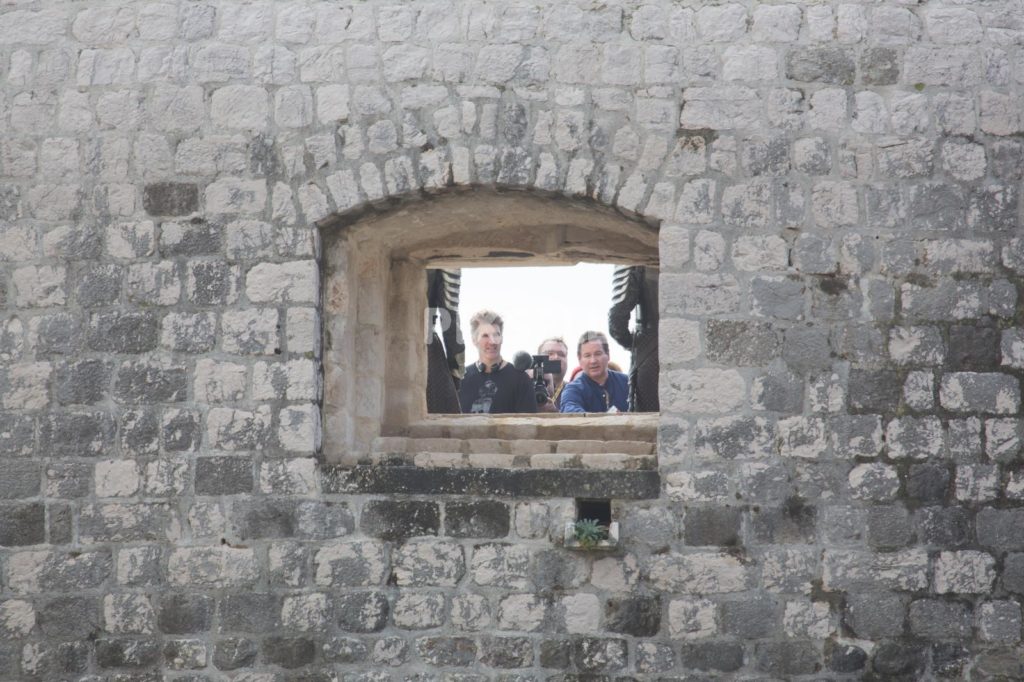 Nutter is directing episodes one, two, and four. If I had to guess by the little context we have, I’d say this probably takes place in episode four. The rest, however, remains a mystery. Most of all, we must ask: what are Jon and Cersei discussing exactly? And in which circumstances does Jon find himself in the (still) Cersei-held capital?

UPDATE: via Slobodna Dalmacija, we get a much better look at Cersei’s new costume, which seems more battle-ready than previous versions (only symbolically, of course) and sees a return to the Lannister gold accents absent from her costumes the last few years. We can also spot a few gold cloaks, who are often seen guarding the city walls: 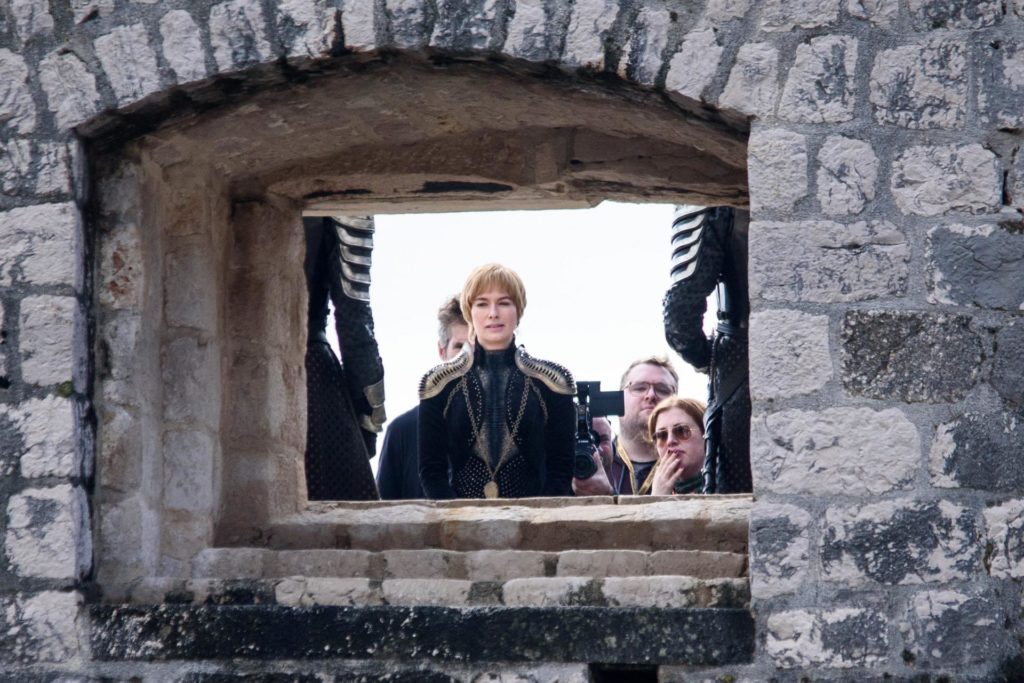 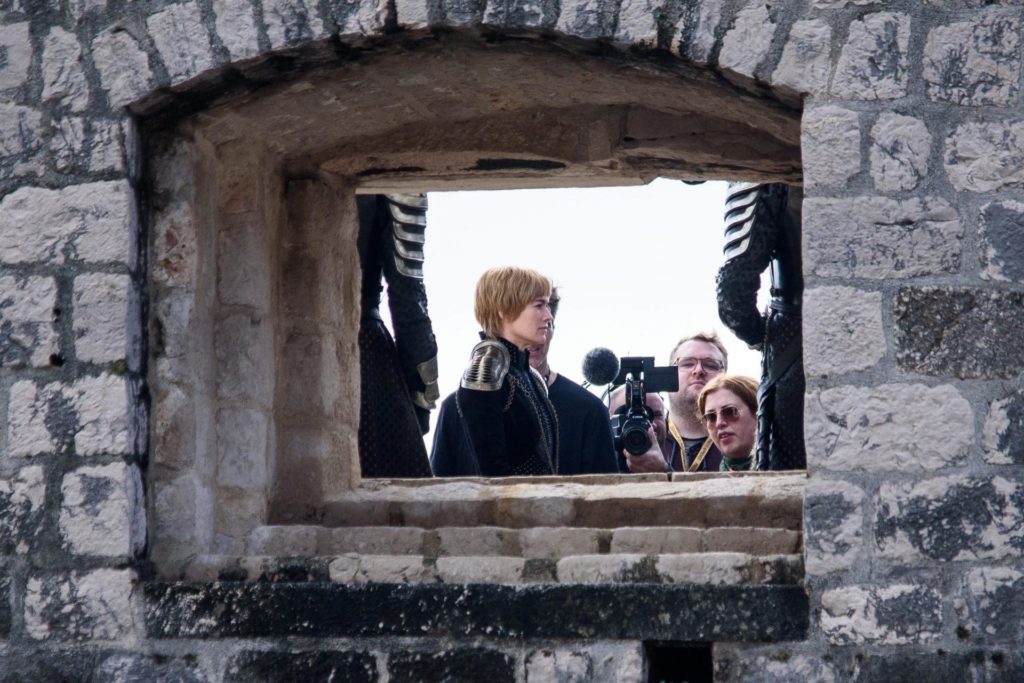 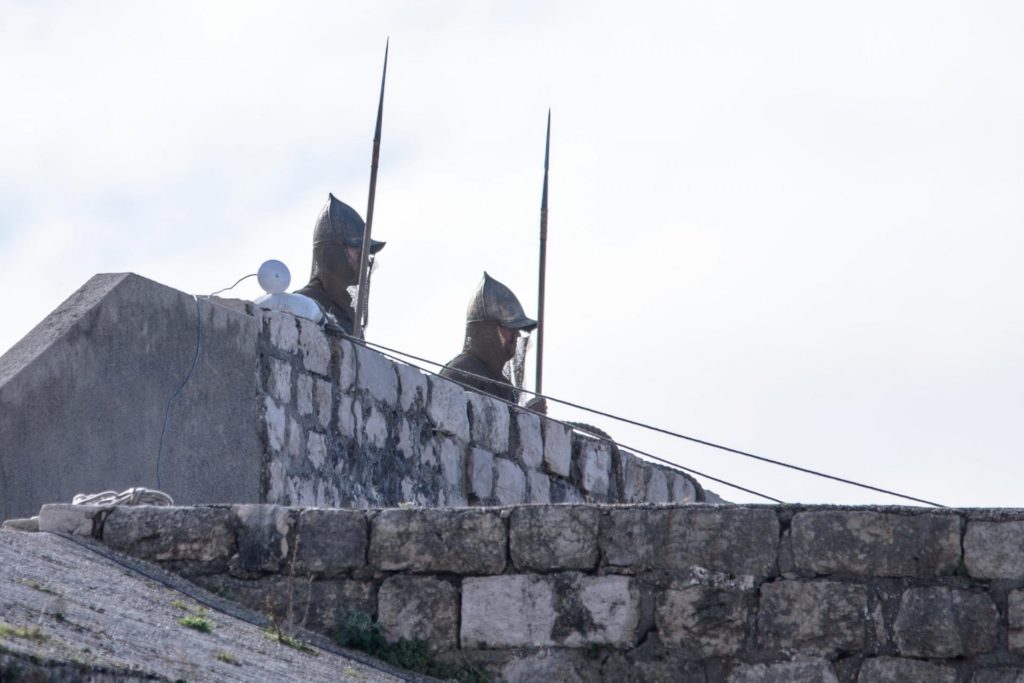 Filming in Dubrovnik is supposed to finish either later today or tomorrow, so we probably won’t get many more juicy spoilers from Croatia. Still, what we’ve got is plenty to speculate, isn’t it? Please, share your best theories in the comments below!