UPDATE! Kit Harington filming Season 8 at new location with other cast members! | Watchers on the Wall | A Game of Thrones Community for Breaking News, Casting, and Commentary 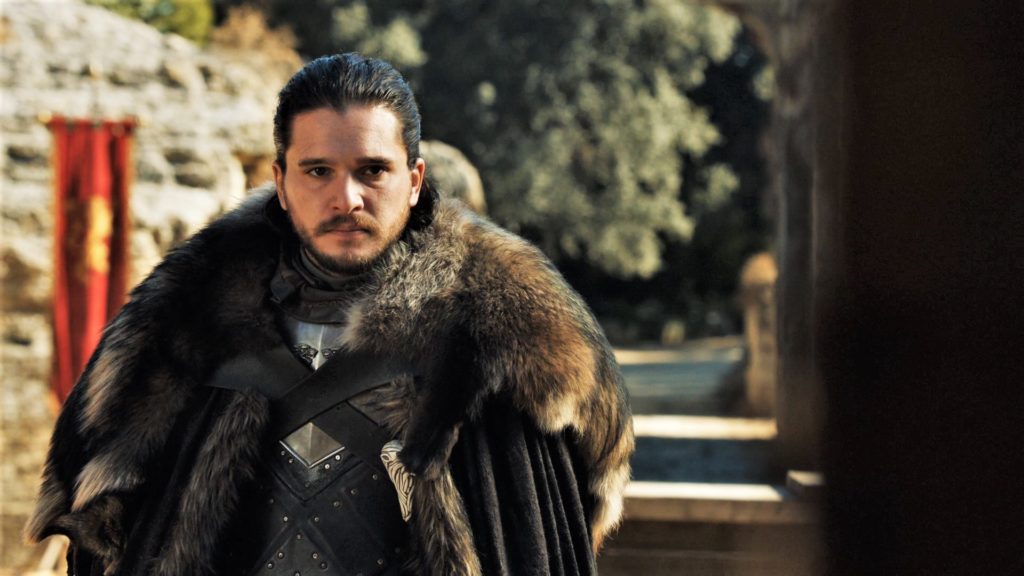 Jon Snow being in this location means there are mild spoilers ahead!

Ever since we learned Game of Thrones would return to the Croatian city of Dubrovnik one final time for its eighth season, there have been persistent rumors of Kit Harington’s involvement. That’s all they were, nothing but unconfirmed hearsay … Until today! 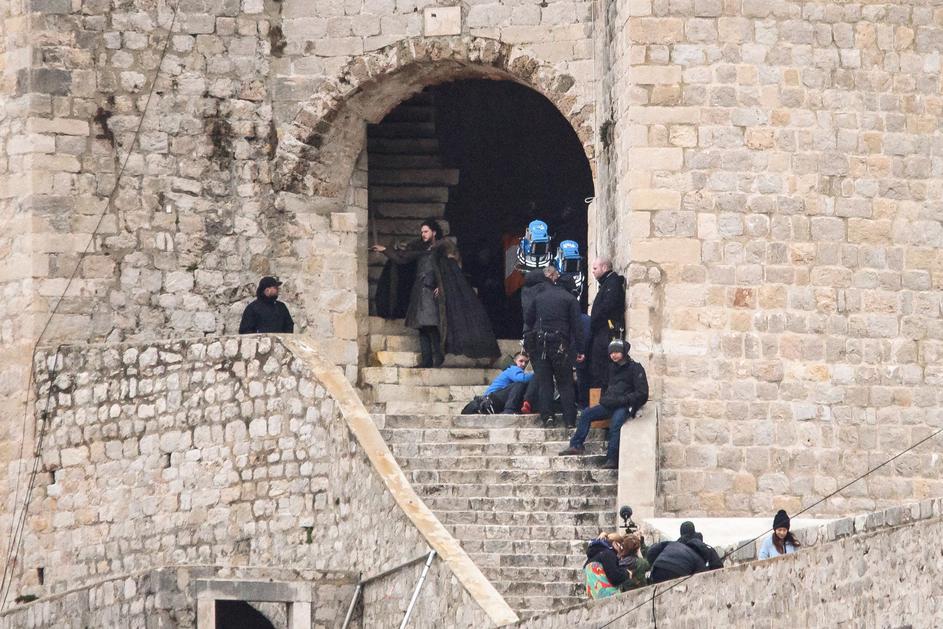 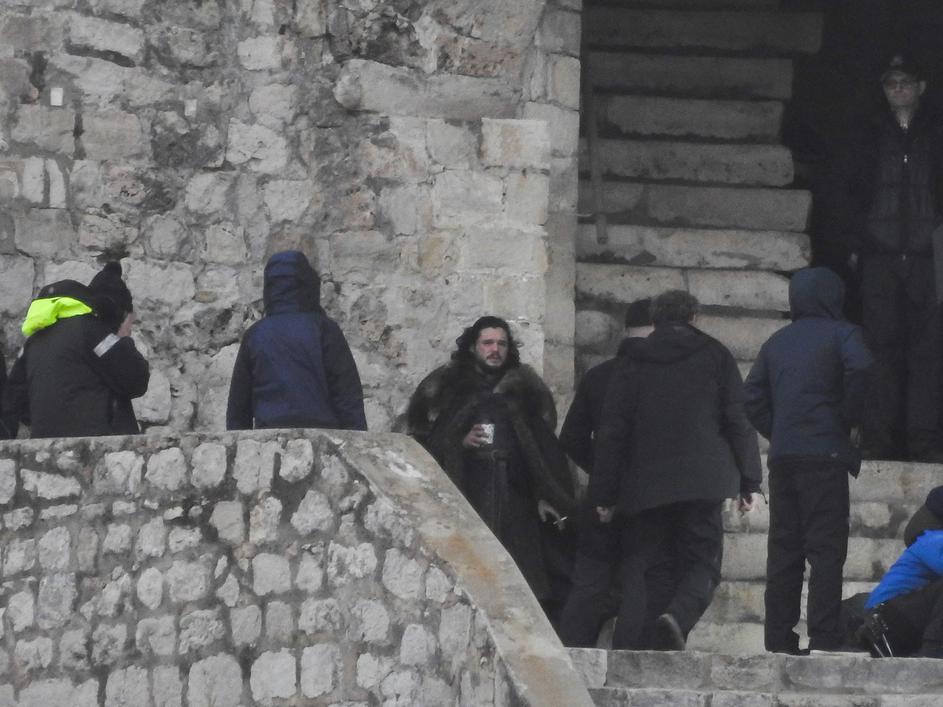 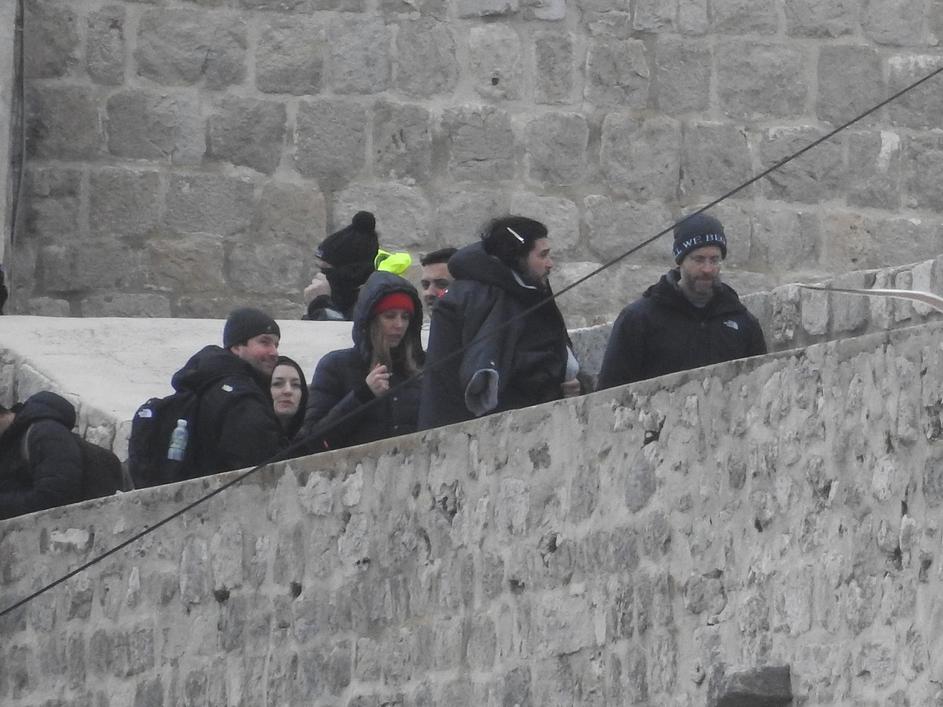 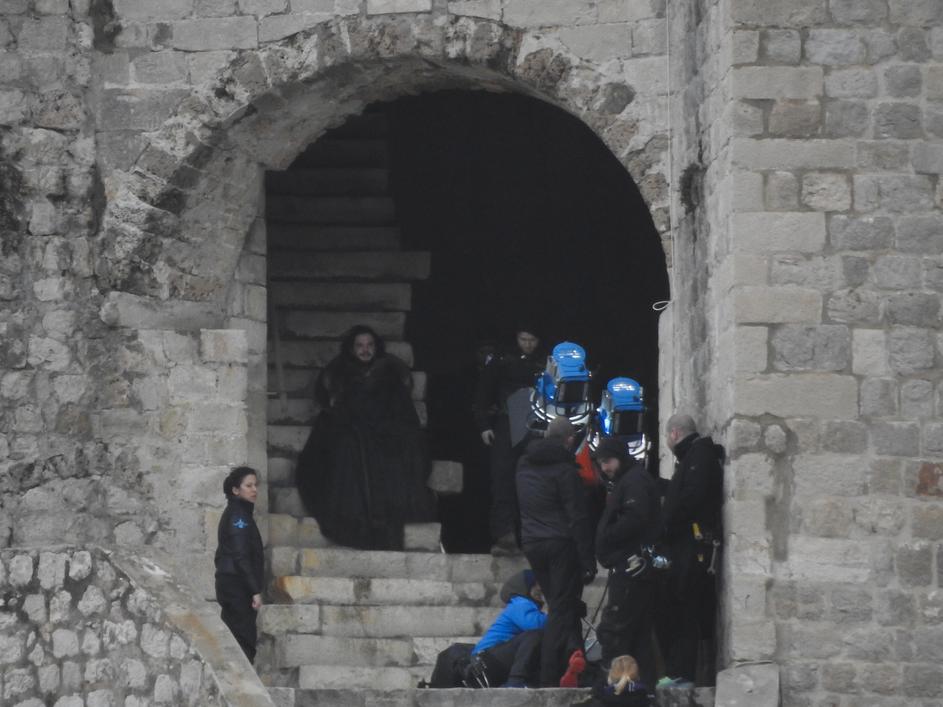 Kit Harington walks down the stairs of Minceta Tower to the city walls / Photo: Grgo Jelavic 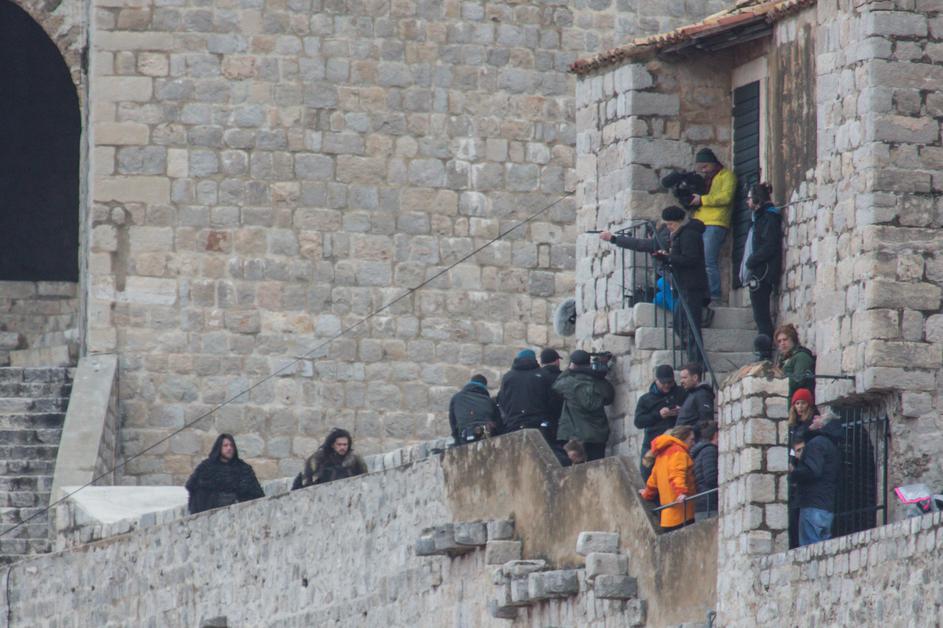 UPDATE: Jutarnji List has even more spectacular photos of Harington at the tower: 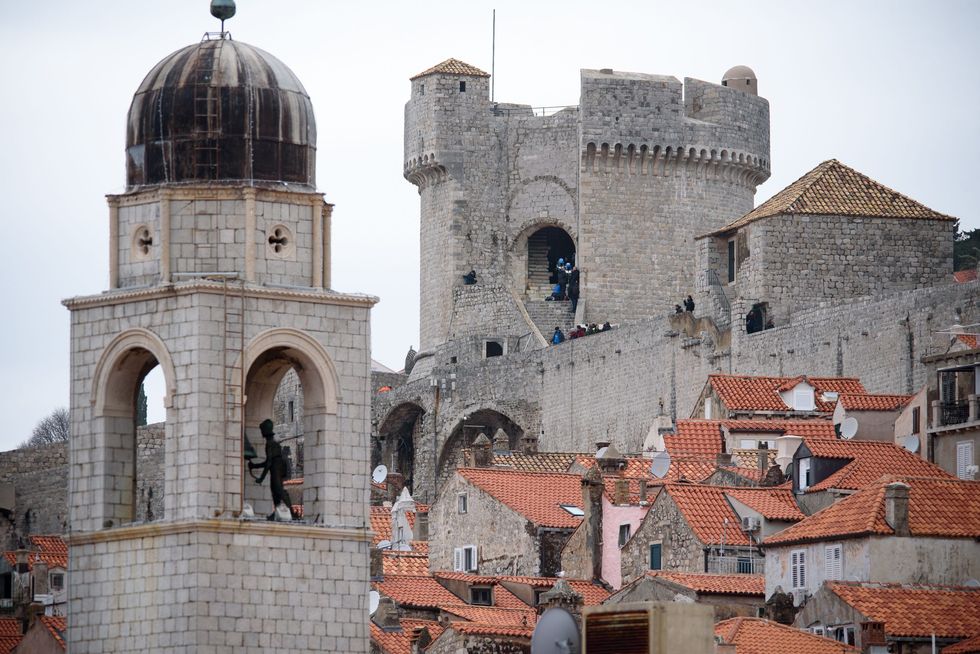 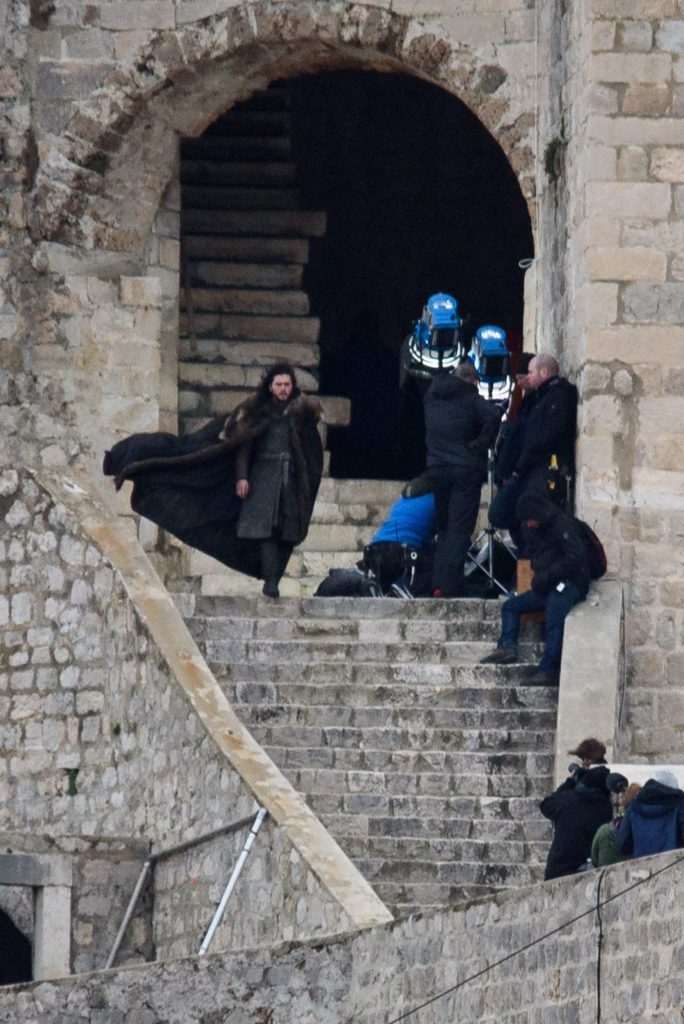 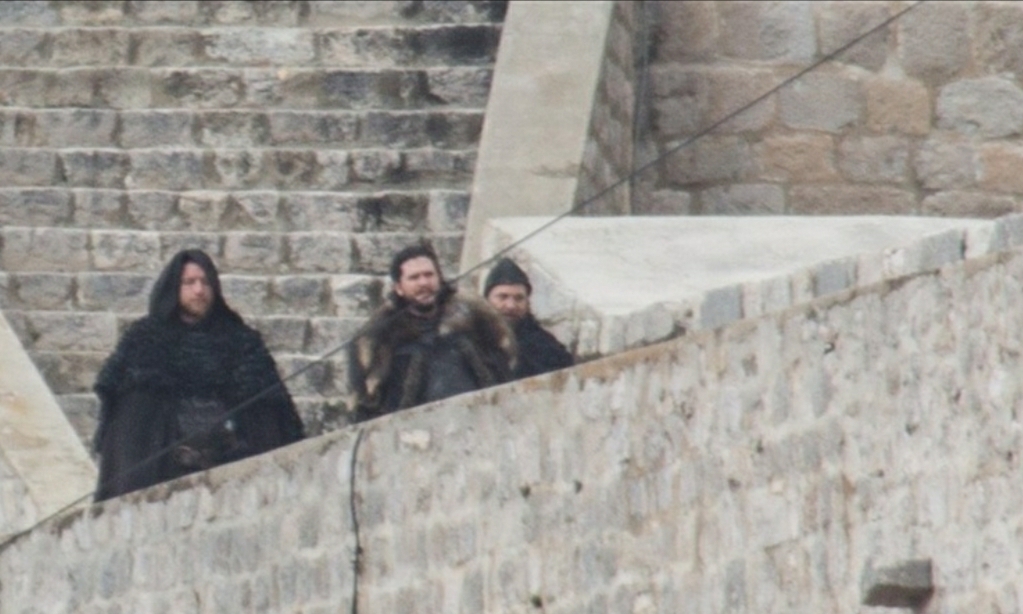 As you can see, Jon is done with the man-bun experiment he began in season six, after Melisandre cut his hair (oh, and resurrected him.) However, the rest of his look is very familiar: he’s still wearing his winter clothes down south, which may mean the capital has succumbed to the cold, as teased in the season seven finale … or it could also mean that Jon Snow still hasn’t learned to dress appropriately for the south. As you may remember, at the dragonpit summit he was the only one wearing such heavy furs. Of course, it’s still in question whether this is supposed to be King’s Landing or not. If it is, what is Jon Snow doing back there? If it isn’t, where does this scene take place?

More intriguingly: who are the men in black hoods, tunics and furs? They sure look like men of the Night’s Watch, but none of them are the only crow who is both alive and a proper character, Edd Tollett. Are they new Night’s Watch (or perhaps Northmen) characters? Of course, they are more likely to just be extras — nameless guards for Jon.

UPDATE: Slobodna Dalmacija has photos featuring a woman who looks like Emilia Clarke does with her new blonde hair and black thick-rim glasses. Though many have speculated it’s her, we can’t confirm that’s the case. She could just as easily be a woman from the costume department who also looks the part, as others have suggested. 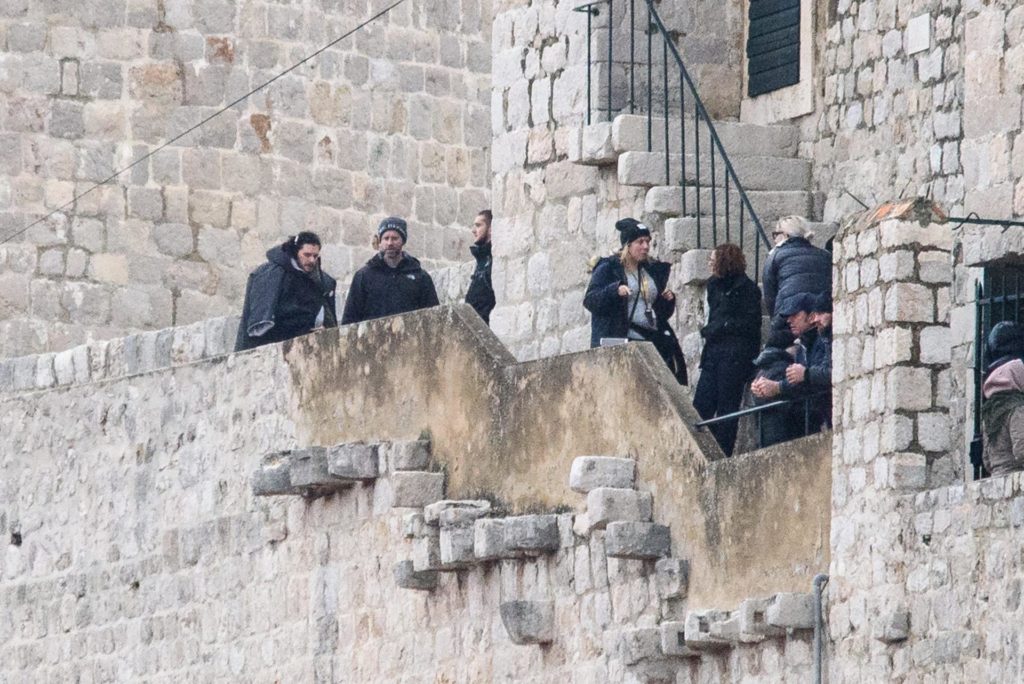 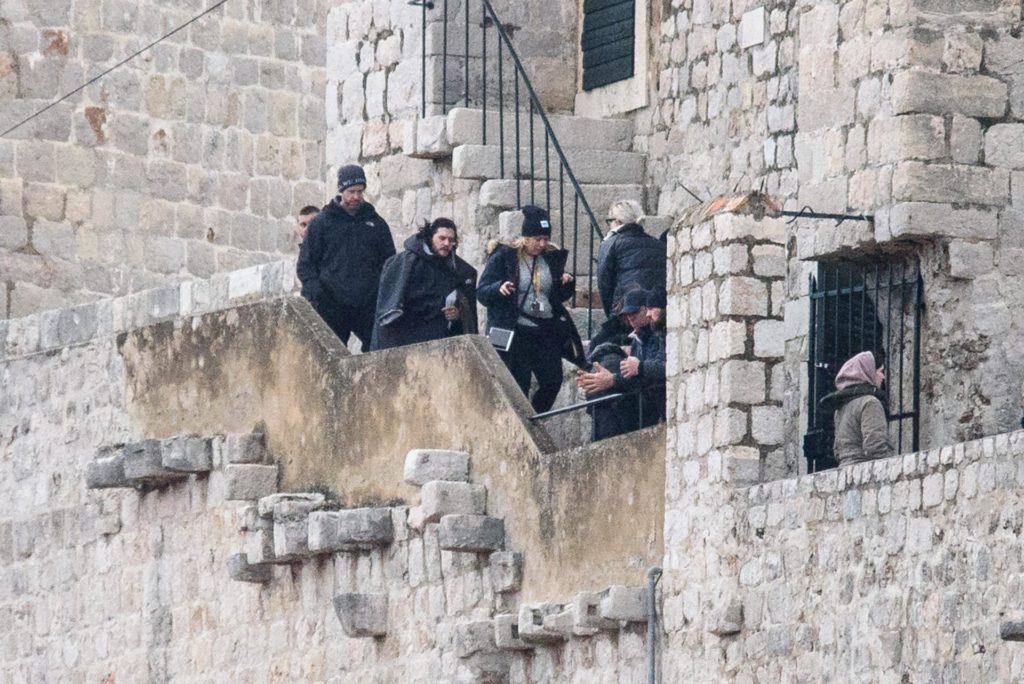 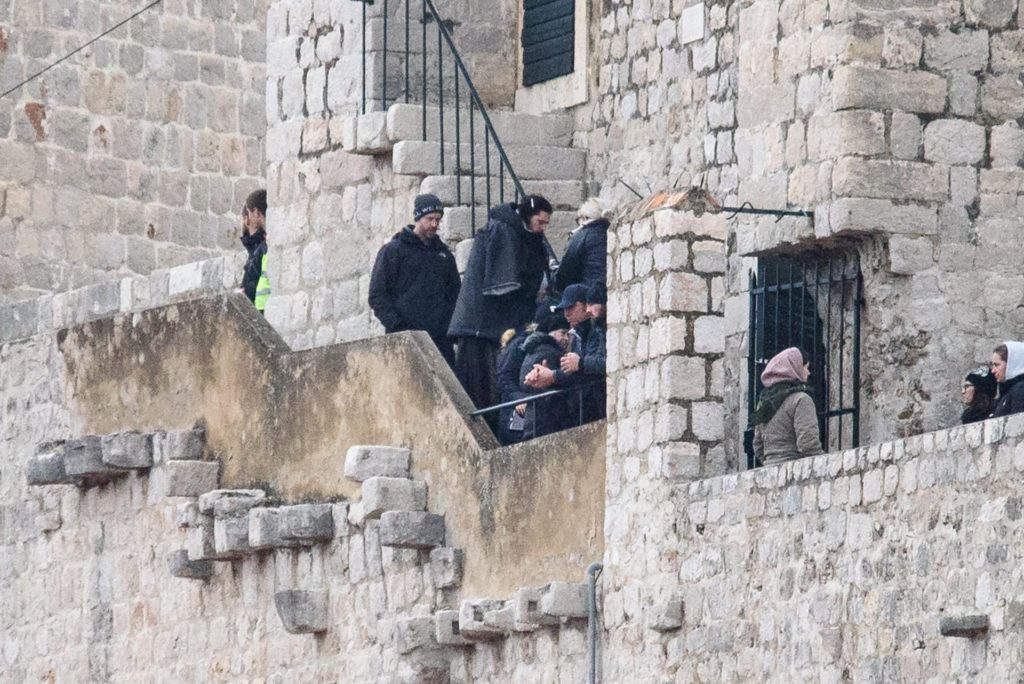 Hafþór Björnsson has been much less shy, sharing this photo of himself in Dubrovnik:

Thanks to Boo for the tip!