Casting Speculation Season 6: Euron Greyjoy | Watchers on the Wall | A Game of Thrones Community for Breaking News, Casting, and Commentary 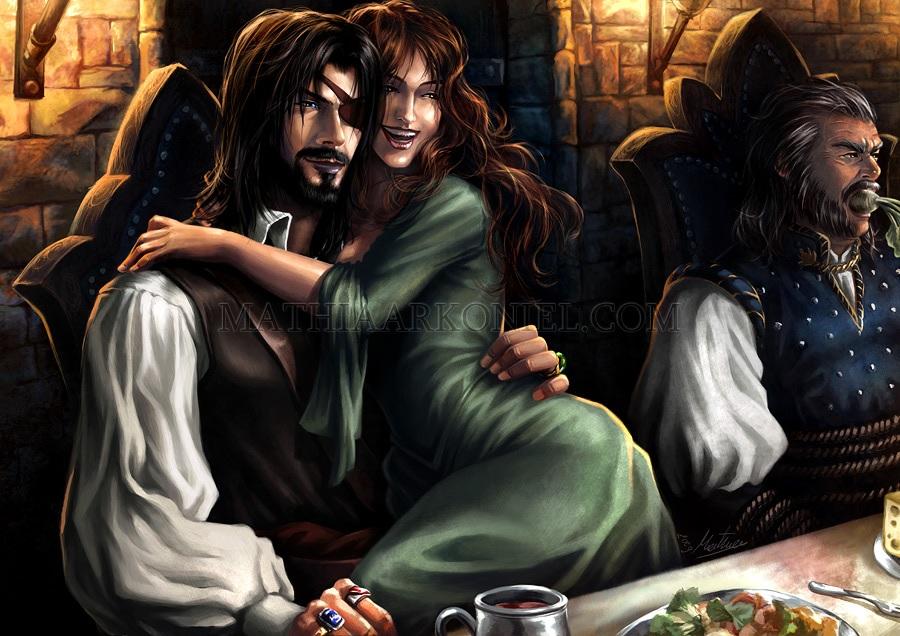 Probably the most exciting piece of news to come out of the casting leak is that Game of Thrones is hunting for someone to play the role of an infamous pirate this year. Though the parts are unnamed for security reasons, the description leaves little mystery in our minds- it’s a perfect description of Theon’s uncle Euron Greyjoy from the A Song of Ice and Fire novels. From our casting post:

Pirate, man in his 40’s to late 50’s. He’s “an infamous pirate who has terrorized seas all around the world. Cunning, ruthless, with a touch of madness.”
He’s a dangerous-looking man. A very good part this season.

A source tells us the original casting breakdown also mentions the pirate has “huge charisma and power” which says Euron for sure to us, as opposed to other pirates from the novels such as Euron’s brother Victarion.

With that in mind, we’re going to focus on Euron for our casting speculation post this week.

Euron Greyjoy is as we mentioned Theon’s uncle, the younger brother of Balon Greyjoy. There are no physical requirements in the casting breakdown (leaving it very open for speculation) but in the novels, he is considered handsome, dark-haired with a matching beard. He wears an eyepatch over his left eye, and his lips are blue from drinking shade of the evening- the same substance that makes the lips of the Qarth warlocks blue. He’s dangerous and unpredictable, untrusted even by his family.

Let’s take a look at some fan favorites and frequent suggestions for the role:

James Purefoy – Let’s ignore that “Never gonna appear on Game of Thrones because of Rome“ business from 2013 that might’ve been a joke. He’s a fan favorite for the role, and he is great at playing rogues and villainous sorts. The Following has been cancelled, but he’s already been booked to star in SundanceTV’s series Hap and Leonard and that may conflict with GoT filming this summer.

Rufus Sewell – Sewell is well known for his turns in movies such as Dark City, A Knight’s Tale, The Legend of Zorro, Tristan + Isolde and the recent Hercules. He’s not averse to television either, having appeared in many mini-series. Sewell is starring in Amazon’s new series, The Man in the High Castle. Filming on the series is happening now but might be finished up in time for him to take part in GoT.

Dominic West – West has worked with HBO, starring in the beloved series The Wire and he was offered a role on Game of Thrones (most likely Mance Rayder) before. Bonus- he’s just appeared in Testament of Youth with Kit Harington. He’s currently starring in the Showtime series The Affair, however, and filming seems to be happening this summer. Would the actor be able to juggle both projects?

Mads Mikkelsen – I know people love him but with him currently starring in a network television show in its third season, it’s unlikely that Mikkelsen is going to take a supporting role on a show with a large cast. I also can’t say I’ve ever heard the Danish actor convincingly pull off an English accent.

Richard Armitage – Co-starring in Hannibal with Mikkelsen, he’s unlikely to happen as well. He’s booked only for a six-episode arc as the Tooth Fairy this season on that show (a book-length villain), which could hint at another season for him if Hannibal is renewed. If we’re wrong though, I’d be okay with that because Armitage is a hell of an actor and would knock Euron out of the park.

Our Euron could be one of these men. Or he could be a total surprise, a brilliant pick by Nina Gold’s people and Benioff and Weiss. Who is your choice, readers?