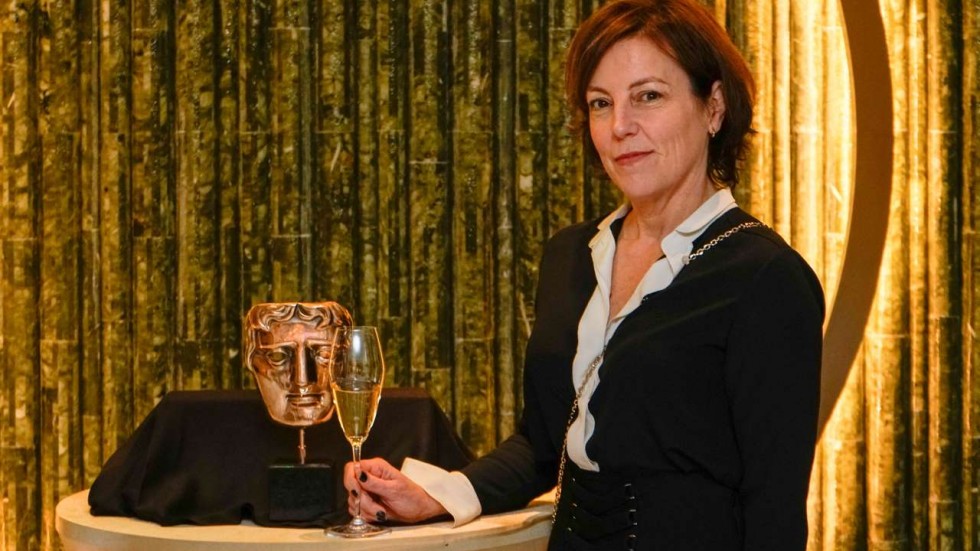 The International Edition of the South China Morning Post interviewed Game of Thrones casting director Nina Gold, who commented on her background, the everyday nature of her job, the daunting responsibility of casting the new young heroic Star Wars trio for The Force Awakens, and the much derided lack of diversity in Game of Thrones.

Perhaps surprisingly, this Game of Thrones job wasn’t a sure thing for Gold in the beginning. As she tells it to the SCMP, “It wasn’t really my cup of tea.” She also touches on the controversial topic of diversity, which the show has been criticized for lacking.

Gold says “it’s important to remember the series is based on books that are very descriptive and specific about the appearance of its characters,” passing the buck to George R.R. Martin. She is more optimistic about the film industry as a whole, saying it’s “already shifting towards greater diversity. We are more aware that to not take diverse casting seriously is uncreative and silly. We’re all trying to do castings that reflect real life, and real life is full of all sorts of different people. We’ve got to have them all.”

Understandably, Gold passes the responsibility for this lack of diversity onto the author of the books, who always retorts to this issue by appealing to historical accuracy. Leaving aside that there were non-white people in late Medieval Britain, the authenticity argument still falls flat when considering Martin’s world is merely inspired by this era —It remains a fantasy. Martin could have included as many people of color as he wished in the made-up Westeros. Failing that, the showrunners could have chosen to break away from canon in that respect and create a more diverse Westeros for the screen. One must wonder how is it that black people break the immersion of a lived-in medieval world yet fantastic creatures, fake histories and decidedly made-up customs do not. 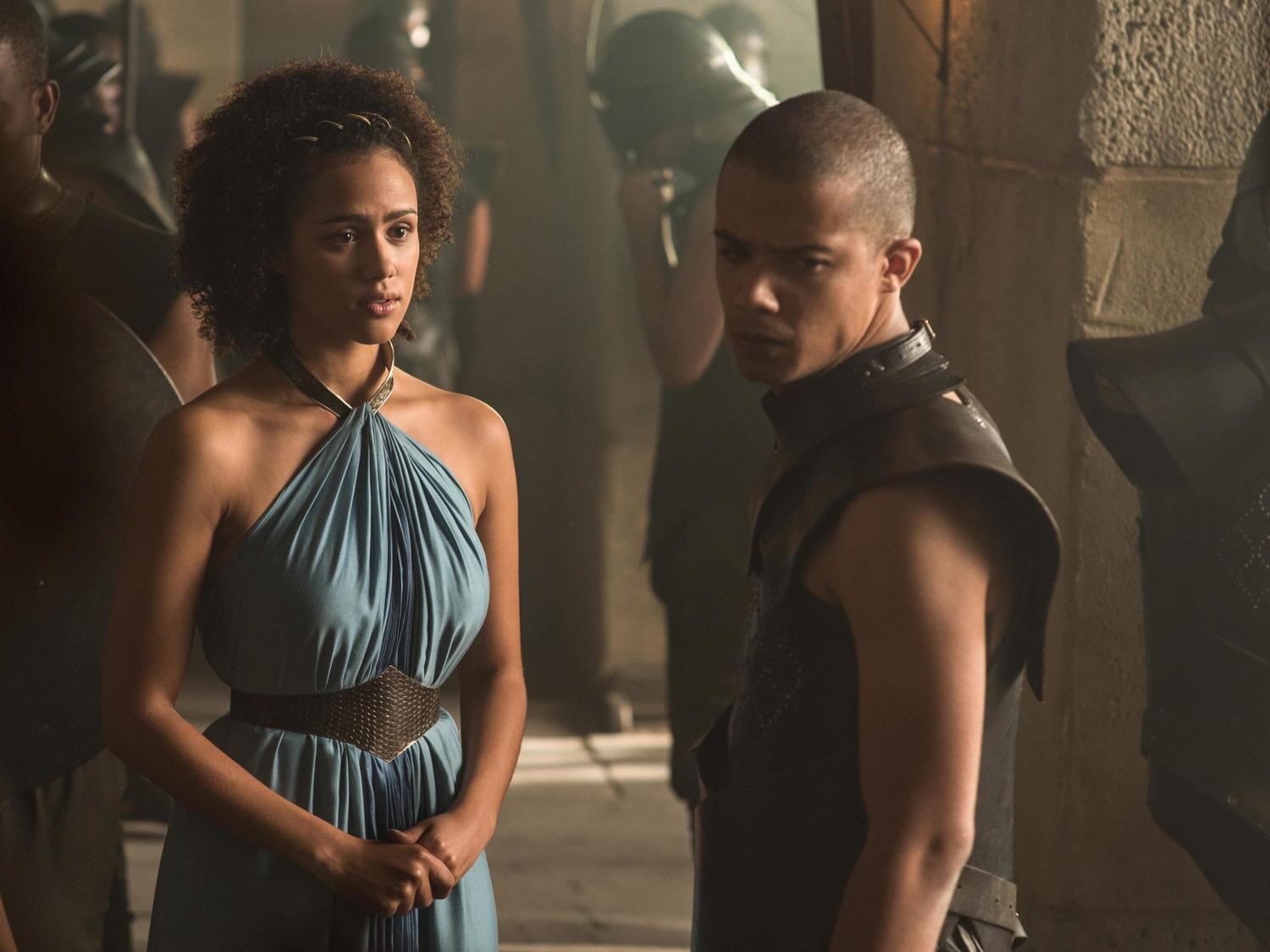 Nonetheless, modern fantasy, including A Song of Ice and Fire in some respects, now offers a wide range of diversity that we could only have dreamed of years ago, especially in regards to prominent female characters. But that doesn’t invalidate all criticism. As it is, even when people of color are cast in the show, it’s usually in the role of savages, slaves, brutal slavemasters, eccentric merchants, exotic priests, and unsavory pirates. Two big exceptions I’m grateful for are Missandei and Grey Worm, who may be former slaves, yet Benioff and Weiss have gone to great pains to turn them into three-dimensional main characters with inner lives of their own independent of Daenerys. Though Game of Thrones outshines the source material on this, Martin’s work does have a number of tertiary characters of color the show has omitted.

Back when Pedro Pascal was cast as Oberyn Martell for season four, Martin discussed this very issue on his blog, praising the show for making up for the characters of color lost in the adaptation by turning certain originally white characters black:

I wasn’t present for Pedro Pascal’s audition, but I understand that he really killed it with his reading. And since his casting was announced, the producer of another TV show on which he appeared recently has written me to say how terrific Pascal is, and to congratulate us on the casting. So I suspect that he will turn out to be a wonderful Red Viper.

I do know that David and Dan and HBO do favor having a racially and ethnically diverse cast on the series. It is true that we’ve lost several black characters who appear in the novels (Chataya and Alayaya, Jalabhar Xho, Strong Belwas), but to balance that, characters like Salladhor Saan and Xaro Xhoan Daxos, both white in the books, have been played by black actors. Missandei as well, though in the books the Naathi are golden-skinned, not white.

As for the Dornishmen, well, though by and large I reject one to one analogies, I’ve always pictured the “salty Dornish” as being more Mediterranean than African in appearance; Greek, Spanish, Italian, Portugese, etc. Dark hair and eyes, olive skin. Pedro Pascal is Chilean. (Check out Amok’s version of the Red Viper, that’s how I saw him. Or Magali Villenueve’s beautiful and sexy portrait of Princess Arianne).

One can love the show and acknowledge there is work to be done in certain areas. Granted, most of that work could only have been done at the beginning, when Martin created this world, and then yet again when Benioff, Weiss and Nina Gold cast the show. Once it was established that every House and region of Westeros except for Dorne is populated by white people alone, there is little the show could do to change that. Arguably, all Game of Thrones can do now is prop up the few main characters of color it has and take care to offer non-white actors roles that are not entirely stereotypical. Nina Gold, who has been responsible for the amazing cast of Game of Thrones, will hopefully be a part of this process during the last few years of the show.