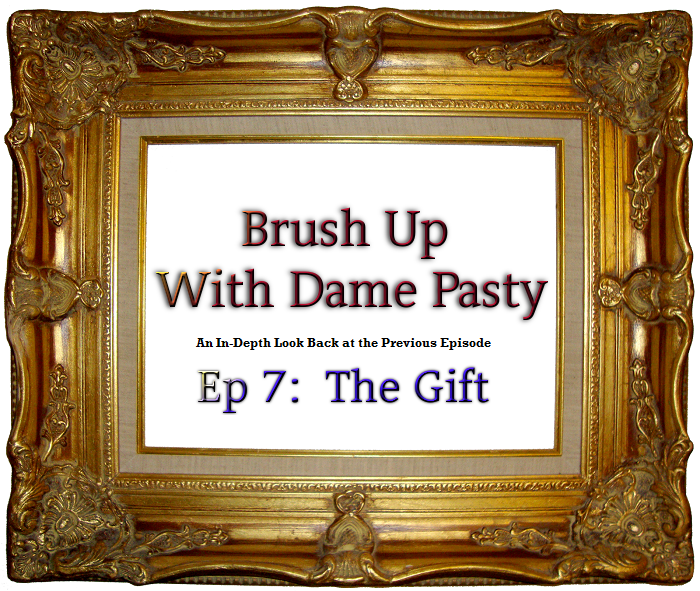 Can you believe it?  There’s only three episodes left!  As you breathlessly await Episode 8, come re-explore Game of Thrones Episode 7 “The Gift” with me, Dame Pasty.  I guarantee at least one laugh but sobbing is strictly prohibited. Spoilers are back in this week and they’re at the very end for the Unsullied.

As always feedback is appreciated, especially your thoughts on where it’s going (or you THINK it is going). Please remember to use spoiler tags since this video is for the Unwashed….er….I mean Unsullied, not just us dirty, dirty readers.