Beloved Character Actress and Game of Thrones Tyrell Matriarch Dame Diana Rigg Dies at 82 | Watchers on the Wall | A Game of Thrones Community for Breaking News, Casting, and Commentary 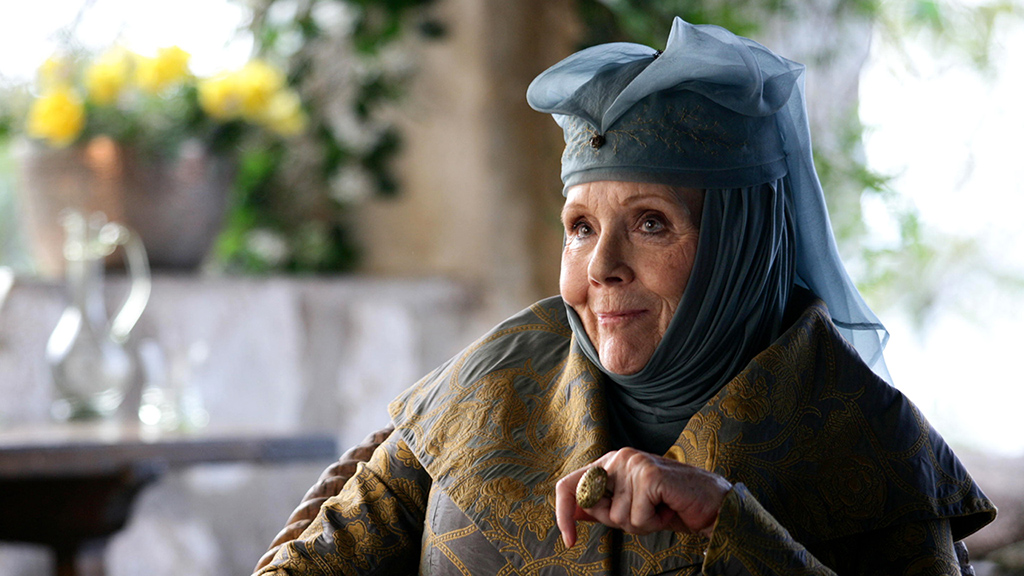 2020 has long been considered the worst year in modern history, but now my fellow Game of Thrones fans and I have officially been kicked while down. Our utterly beloved Queen of Thorns – the Matriarchal Tyrell Rose of Highgarden, aka Olenna Tyrell – Dame Diana Rigg has died, leaving an unfillable hole in our hearts. It is with immense sorrow that I write this, as few actors on Game of Thrones have ever left such a mark in their time on screen as did she.

When Olenna Tyrell died, WOTW writer Paige gave Dame Diana a wonderful sendoff, so I won’t beleaguer the point too much. She was exceptional as Olenna Tyrell, more than any of us could have dreamed, and we all knew it. Whether you knew the character first from the page, or discovered her for the first, and perhaps only, time on screen, the Queen of Thorns came roaring to life vividly with the help of Dame Diana’s acerbic tongue. “A sword swallower through and through” she candidly told Charles Dance’s Tywin Lannister of her grandson Loras Tyrell. It was moments like that, small scenes amidst a larger story, where Dame Diana made the character’s mark feel indelible on a per-word basis.

On a more personal note, I was lucky enough to catch Dame Diana in her final live theatre performance in 2018, at the Vivian Beaumont Theatre at Lincoln Center in My Fair Lady, where she played Mrs. Higgins, echoing the parallel role she had previously played in Pygmalion at the Garrick Theatre in London 7 years prior. You knew from the moment she set foot on stage that she commanded each scene and nothing else mattered; watching her live from the third row was breathtaking and I’ll never forget it. I’ll leave us all with her final Game of Thrones quote, a moment for which she’ll eternally be remembered:

Tell Cersei. I want her to know it was me. 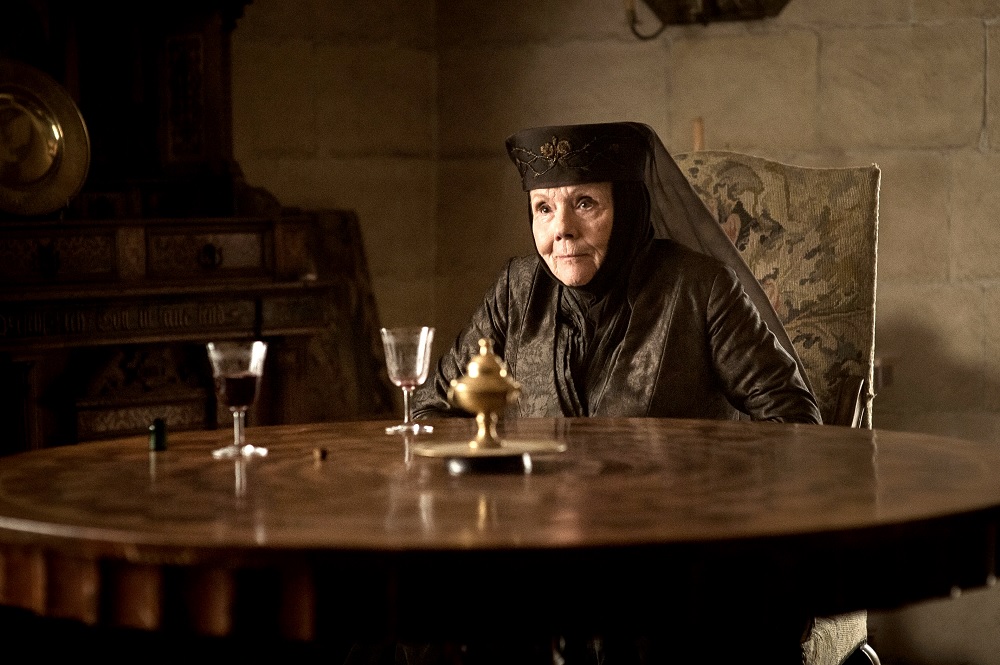