YouTube series re-creates Euron's battle-axe, as blacksmithing sees a surge in interest thanks to 'Thrones' | Watchers on the Wall | A Game of Thrones Community for Breaking News, Casting, and Commentary 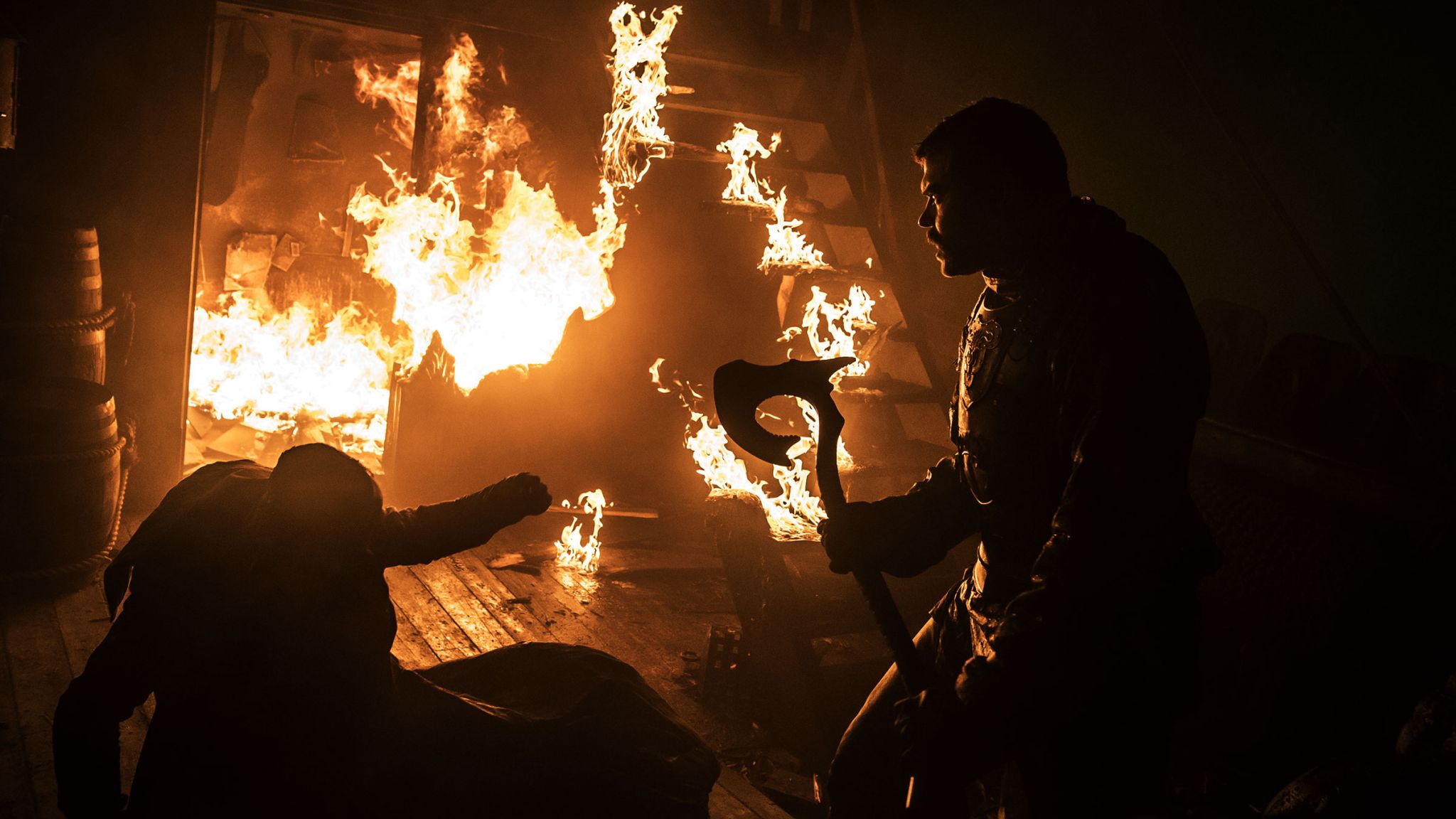 We saw everyone’s favorite pirate, Euron Greyjoy, wield an impressive battle-axe in Season 7, and a blacksmith shop in Baltimore has recreated it — with terrifying results.

With plenty of time to kill between now and Season 8 of Game Of Thrones (sob), people are coming up with lots of ways to keep the fandom occupied — up to and including blacksmithing. The YouTube series “Man at Arms: Reforged,” hosted by Baltimore Knife and Sword, recently filled 20 minutes of the interminable wait by re-creating Euron Greyjoy‘s battle-axe, which turned out to be exactly as frightening as we expected.

It’s truly remarkable to watch the process from start to finish, which includes a computer-generated design of the axe head, the forging of the head and handle (which are then welded together) and the intricate work of adding the squid design in wrought iron on the side of the axe head:

“Man at Arms” also re-created Ice, the iconic Valyrian sword wielded by Ned Stark (sob again, I’ll never get over it) earlier this year, which you can watch here to kill even more time.

While companies like Baltimore Knife and Sword have been creating stage combat weaponry for decades, blacksmithing has experienced a recent surge of interest among young people thanks to Game Of Thrones. Australia’s ABC news recently reported that the Artist Blacksmiths Association of South Australia has seen a growing number of young adults wanting to experience what it’s like to work with fire and metal. 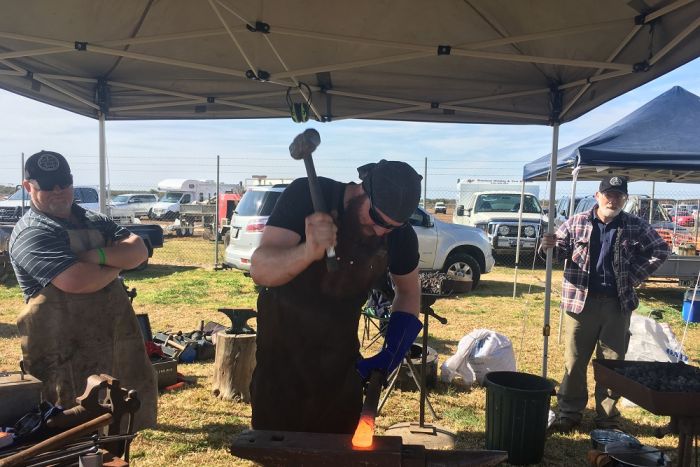 The Artist Blacksmiths Association of South Australia says they’ve seen a surge in interest in blacksmithing, thanks to ‘Game Of Thrones.’ Photo: ABC Rural/Tom Nancarrow.

“We have a lot of younger teenagers in particular who have been watching a lot of ‘Game of Thrones’ and things like that, and have their own interests in what blacksmiths might be able to do,” said the association’s Brian Dreyer. “The number of younger people we have coming along and wanting to learn how to make weaponry is quite interesting. We do not actually teach them that, but we do teach them the basic blacksmithing skills; beyond that is up to them.”

So there you have it: a new possible hobby to while away the hours while we wait for the final season of Game Of Thrones. Go on, channel your inner Gendry!