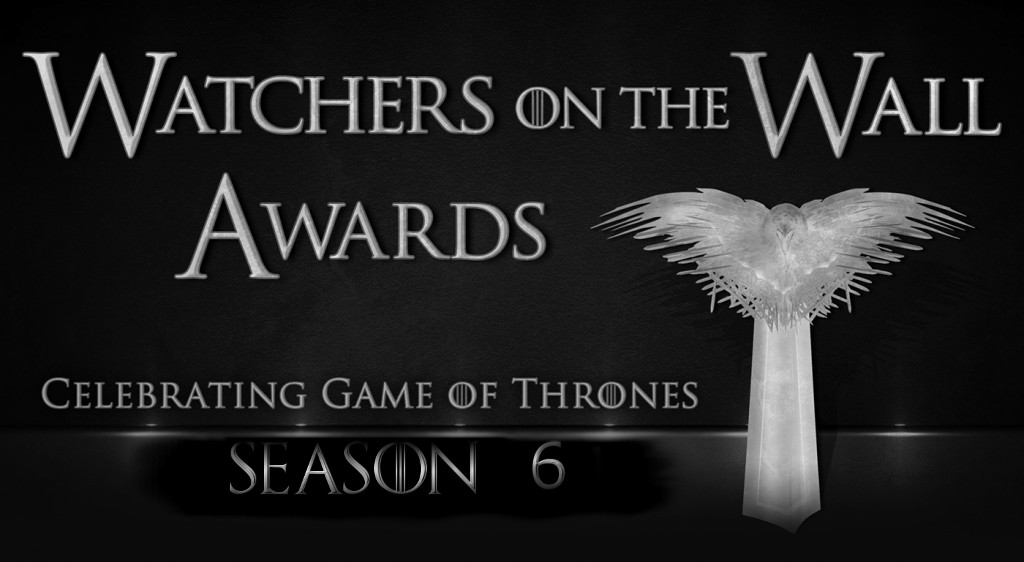 Tonight, we hosted the 2016 Watchers on the Wall Awards, our annual celebration of the best of Game of Thrones. We laughed, we had fun- and occasionally there were awards announced. In case you missed the event, we’ve rounded up the highlights for you!

During the ceremony, there were a few prize giveaways for our readers. The winners were:

Autographed copy of A Knight of the Seven Kingdoms –  Charlotte Eloise

Watchers on the Wall Swag Pack –  The Dragon Demands

The winners, as announced in the ceremony:

Funniest Quote: “What is your name again? Barbaro? Obara. Well, you look like an angry little boy. Don’t presume to tell me what I need…Oh, do shut up. Anything from you? Good. Let the grown women speak.” – Olenna Tyrell

Best Visual Effects Scene: Horses crash into each other in the chaos of the Battle of Winterfell.

Best Action Sequence: Battle for Winterfell– Jon Snow and the Stark army face Ramsay Bolton’s strategies and overwhelming numbers, and are saved by the Vale.

Best Fight: Jon faces multiple opponents in the chaos of battle in one long uncut shot.

The complete polling results for the final round, if you’re interested in numbers: 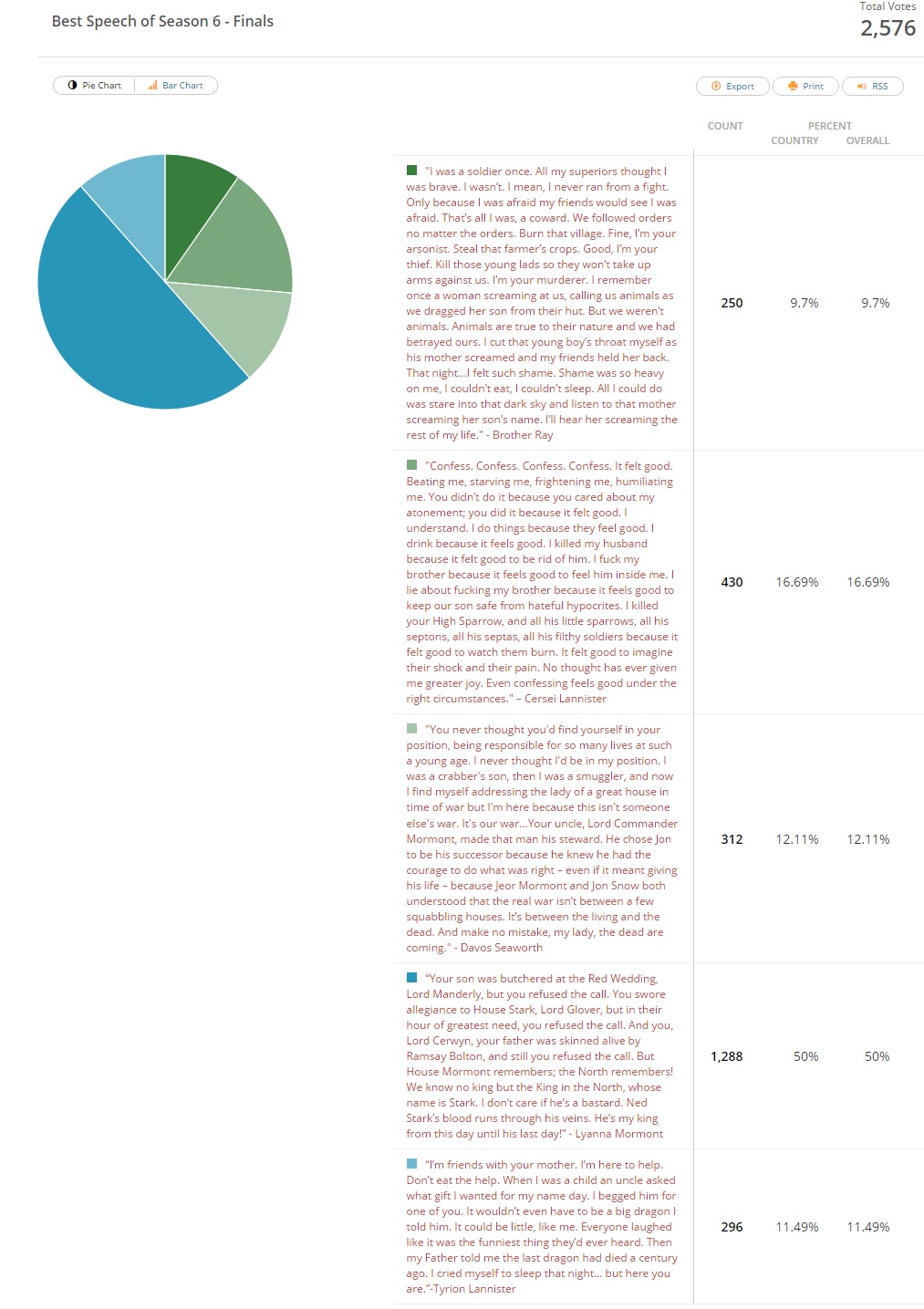 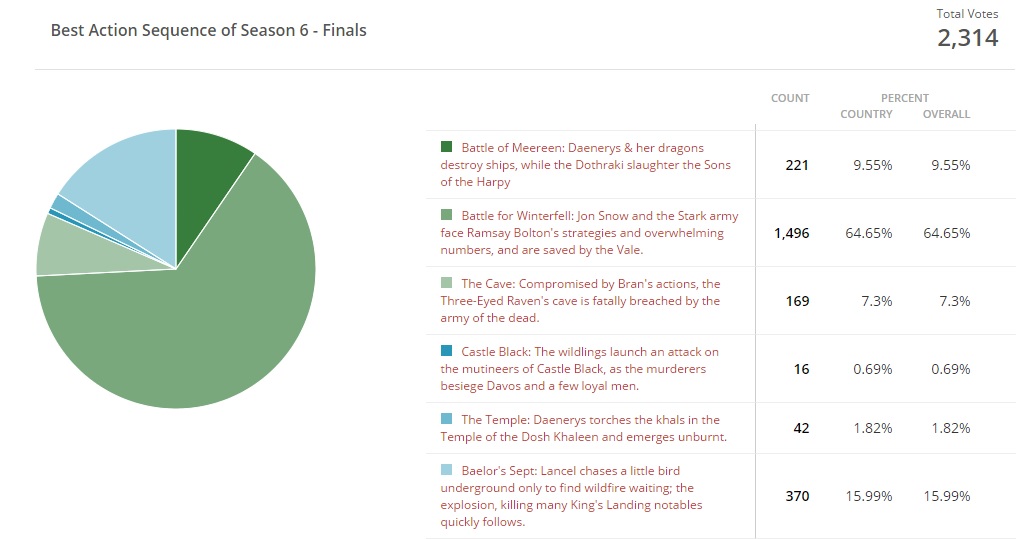 And there you have it! Another year, another excellent season, another batch of sound choices at the WotW Awards. Thank you all, and we’ll see you next year! (Or tomorrow. Probably tomorrow.)