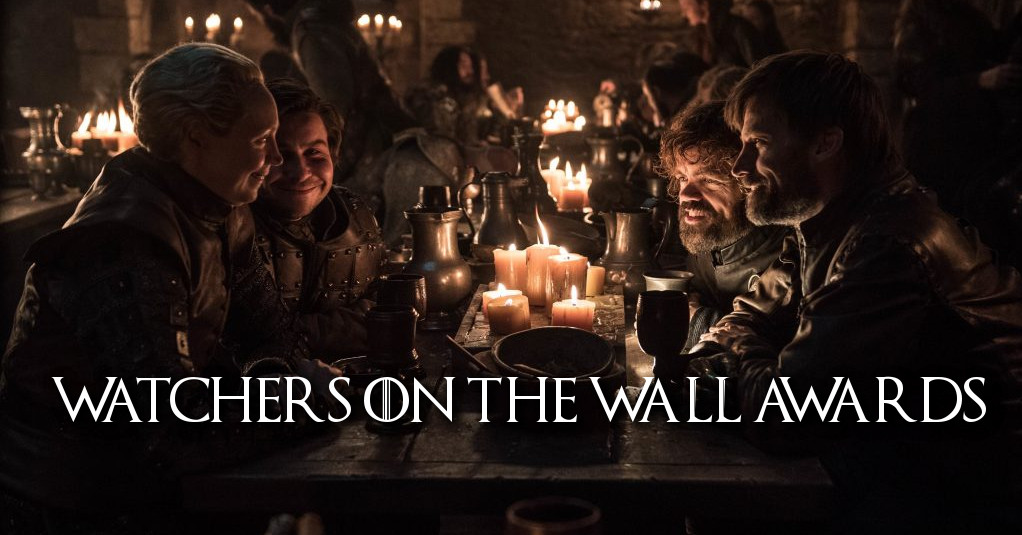 Welcome back for another round of Watchers on the Wall Awards finals round voting! In between your last-minute holiday shopping runs and family gatherings, spare a moment to celebrate the words of Game of Thrones. This week, we’re choosing our favorites of season 8, from the quotes that made you giggle, to the speeches that made you weep, to the serious bits that made you think. When it comes to our awards, we break it down into multiple categories: Funniest Quote, Best Speech, and All-Around Best Quote! There are three polls in this post, so make sure to vote in all three to make your final choice known in this year’s awards ceremony.

We narrowed down two of the categories in our prelims. You can see the results from the prelims here:

All three polls are found below, so debate, consider and vote!

Final round rules: To choose winners, cast your vote in each category in the polls below. In the finals, unlike the preliminaries, fans have one vote to cast in each category. At the end of one week (Friday 12/30/19 at 5PM ET), the quote/speech in each category with the most votes will be the winner! The results of the polls will be revealed during the live Watchers on the Wall Awards ceremony, specific date to be announced soon!

Thank you for voting, and happy holidays!