Two new The Game Revealed features about Arya, Brienne and Sansa released | Watchers on the Wall | A Game of Thrones Community for Breaking News, Casting, and Commentary 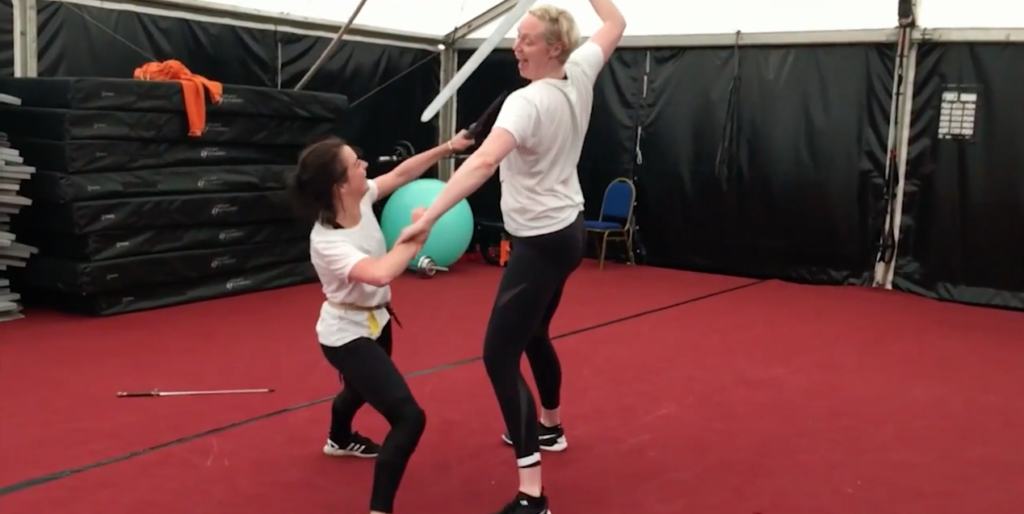 Game of Thrones‘ YouTube channel has posted two new clips from “The Game Revealed”, the 7-part behind-the-scenes documentary series. The videos offer us an insider’s look into the fight scene between Arya and Brienne and a discussion of the interpersonal struggles between Sansa and Arya and the on-set love between Sophie and Maisie.

The first clip, “Warrior Women” takes us behind the scenes of the sparring match between Arya and Brienne in “The Spoils of War”. As one can imagine, this was a particularly tricky fight to choreograph because of the size difference between Maisie Williams and Gwendoline Christie.

“[T]o be fighting Gwen who is far over a foot taller than me and for her to be, you know, fighting someone who’s far, far shorter than her it’s been a massive challenge,” Williams says in the feature.

I also want to draw everyone’s attention to Maisie’s impressive knife toss at 1:38. For maximum appreciation, I’ve gif-ed it.

The second video focuses on the complicated relationship between Arya and Sansa as they’re reunited in Winterfell … and the significantly less stifled friendship between Maisie Williams and Sophie Turner, as we see the two struggle not to laugh while filming their characters’ touching reunion in the Winterfell crypts.

“It’s been so much fun. She’s my best mate,” Turner says.

“And everyone’s like, ‘Oh it’s so nice you girls are back together again,'” Williams says. “And I was like, ‘Just you wait. Because by week two you’re all gonna hate us. ‘Cause we’re very annoying when we’re together.'”

You can find the entire episode in HBO’s online services.