Sophie Turner teases a new kind of fight for Sansa in season 8 — and an air date! | Watchers on the Wall | A Game of Thrones Community for Breaking News, Casting, and Commentary 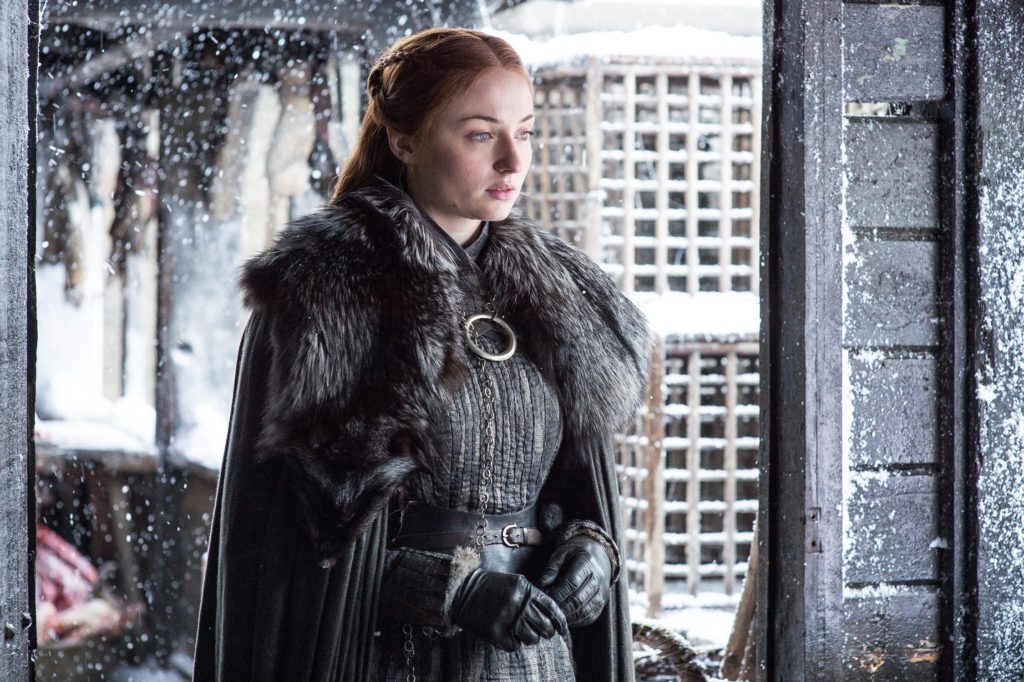 In season seven, Sansa killed the last vestiges of her old world of court machinations. So what’s her role going to be in the final season? And when is it coming anyway? With two months of it filmed already, Sophie Turner sat with Variety to speak of this and more.

Things are going to be different for Sansa now that Littlefinger is gone, but that doesn’t mean it will get any easier for her: “It’s going to be tricky for her, because at the end of last season, she felt that she had everything set up. She had her family back together. They were in control of the North again,” Turner recaps, before looking to the future: “This season, there’s a new threat, and all of a sudden she finds herself somewhat back in the deep end. And without Littlefinger, it’s a test for her of whether she can get through it. It’s a big challenge for her, without this master manipulator having her back.”

Littlefinger may have been a perfidious snake and Sansa is undoubtedly safer in the long run for having gotten rid of him, but at the same time he was her mentor for many years, so her doubts make sense. How will she fare without him whispering in her ear? In a way, Sansa’s arc concluded when she secured Winterfell for the Starks and had Baelish executed, so it’s a bit difficult to predict what’s coming next for her. Turner promises a very different kind of conflict for Sansa, which is intriguing: “This season is more a passionate fight for her than a political, manipulative kind of fight,” she tells Variety. 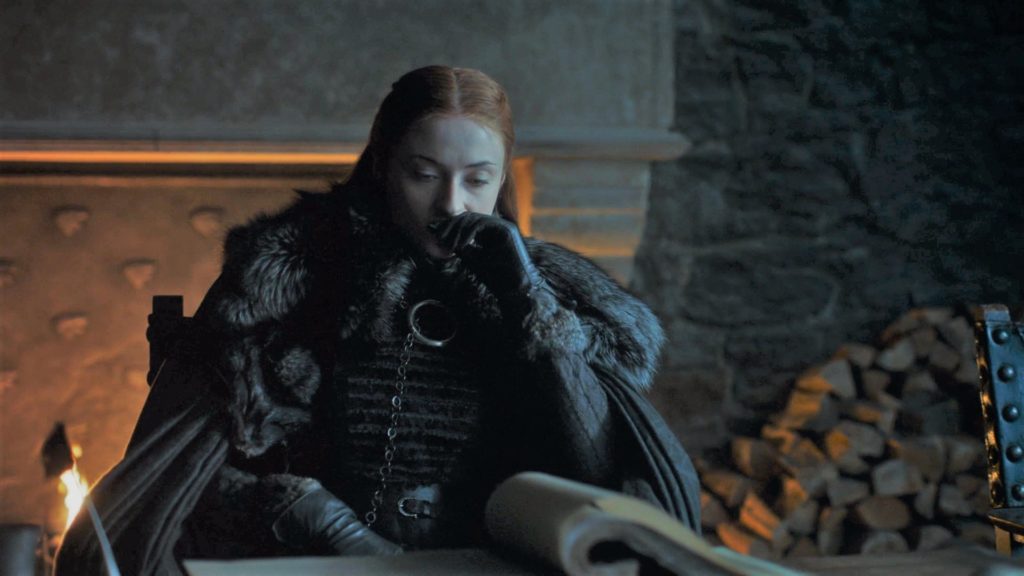 There is drama behind the scenes, too, as this adventure comes to an end: “When we all had the read-through for the final season, it was very, very emotional,” Turner admits. “For the first time in Thrones history, we had everyone there. All of the Americans wanted to come over. Every single cast member was pretty much there. We’re all kind of feeling the end of it coming. We’re all staying in town a little longer, going out for more meals, trying to get together more. We’re all trying not to take it for granted any more.”

Finally, when asked about her excitement for Game of Thrones season eight and her new X-Men film to premiere, the actress casually drops what we all pretty much already knew, but seems to be confirmed now: “Game of Thrones comes out in 2019.”

You can read the entire interview, in which Turner also discusses her favorite and most challenging moments of season seven, and X-Men: Dark Phoenix, at Variety.