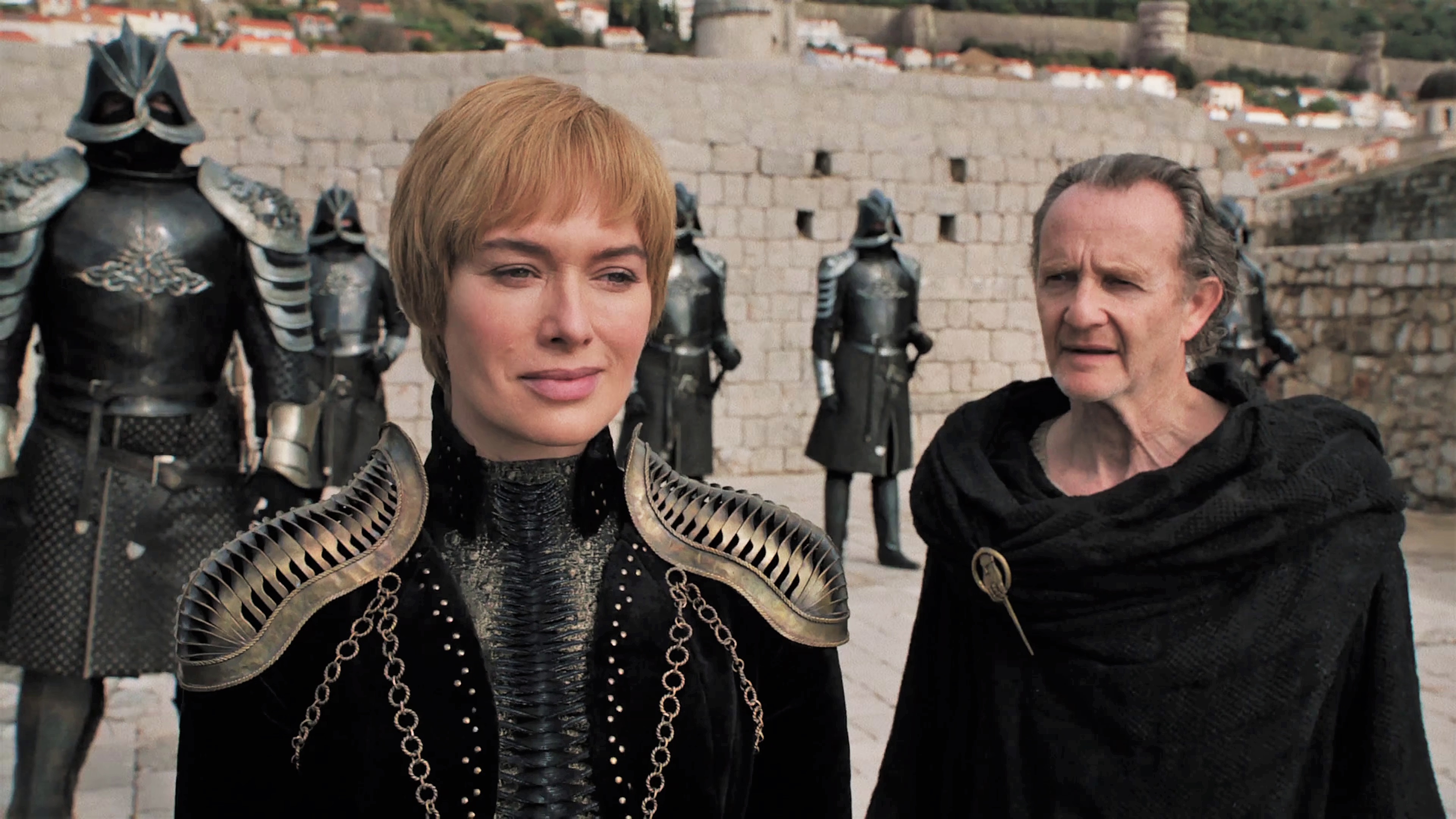 The season eight premiere is but a month away and that means we’ll be getting more and more details about the final six Game of Thrones episodes. We’re not yet at the exciting phase of speculating about what the episode titles could possibly mean, but HBO has just released the running times for the entire season!

HBO recently updated their schedule to include the length for the episodes, and it is about what we expected, though it begins a bit on the shorter side: 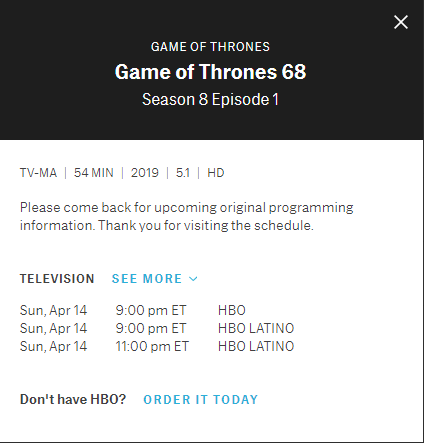 Back in January, we got a rough idea of the running time for each episode from the French TV network that airs the show: the first two episodes would be about an hour long, while the final four would be around 80 minutes. Though the schedule largely corroborates this, there are two exceptions, as the first episode, at 54 minutes, falls a bit short of being “an hour long”, and episode three is 60 minutes long, not 80:

For a complete rundown of Game of Thrones running times, see the chart below: 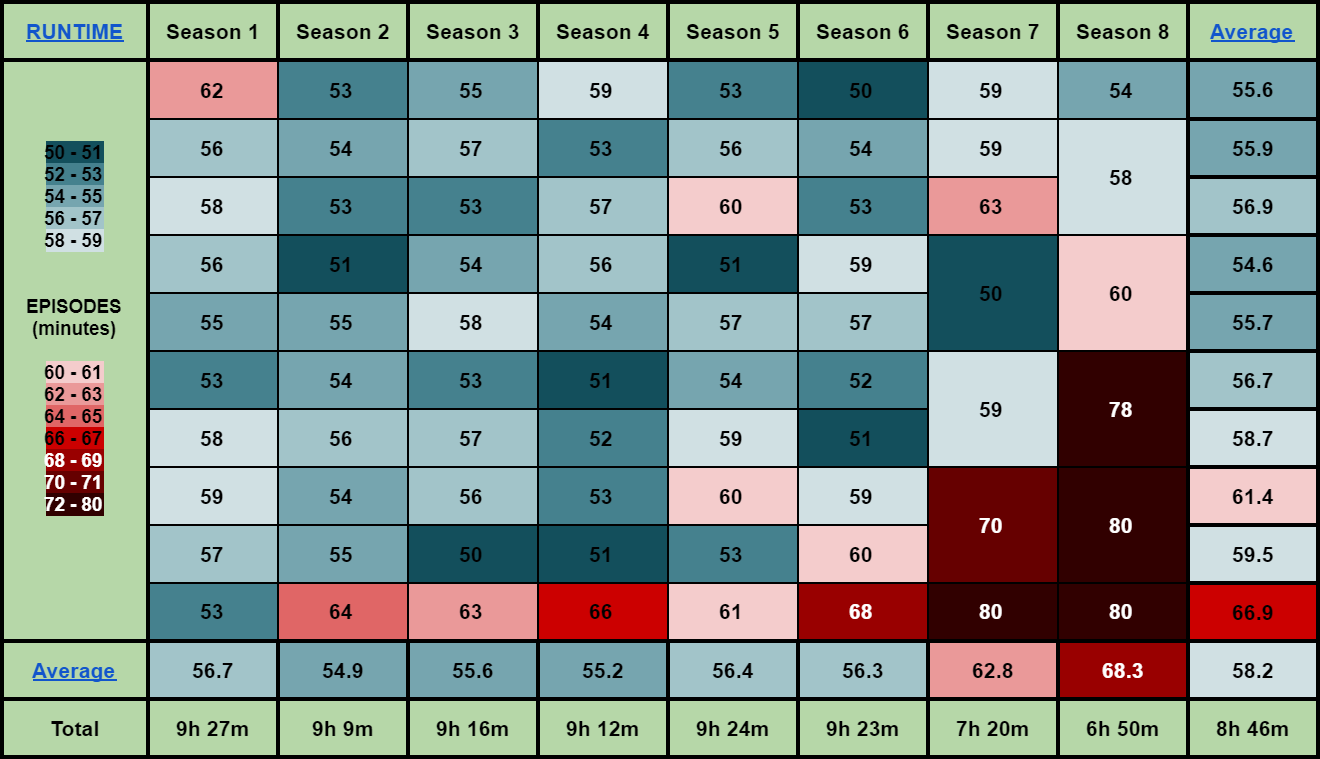 Though the early season will be shorter than expected, the entire second half will be just as long as originally reported, as you can see: the final three episodes are at 1 hour 18 minutes, 1 hour 20 minutes, and another 1 hour 20 minutes respectively. In other words, we will have three consecutive episodes to end this story that are as long as the longest Game of Thrones episode ever aired, The Dragon and the Wolf, the season seven finale.