Nathalie Emmanuel talks about Missandei, the importance of representation and her friendship with Emilia Clarke | Watchers on the Wall | A Game of Thrones Community for Breaking News, Casting, and Commentary 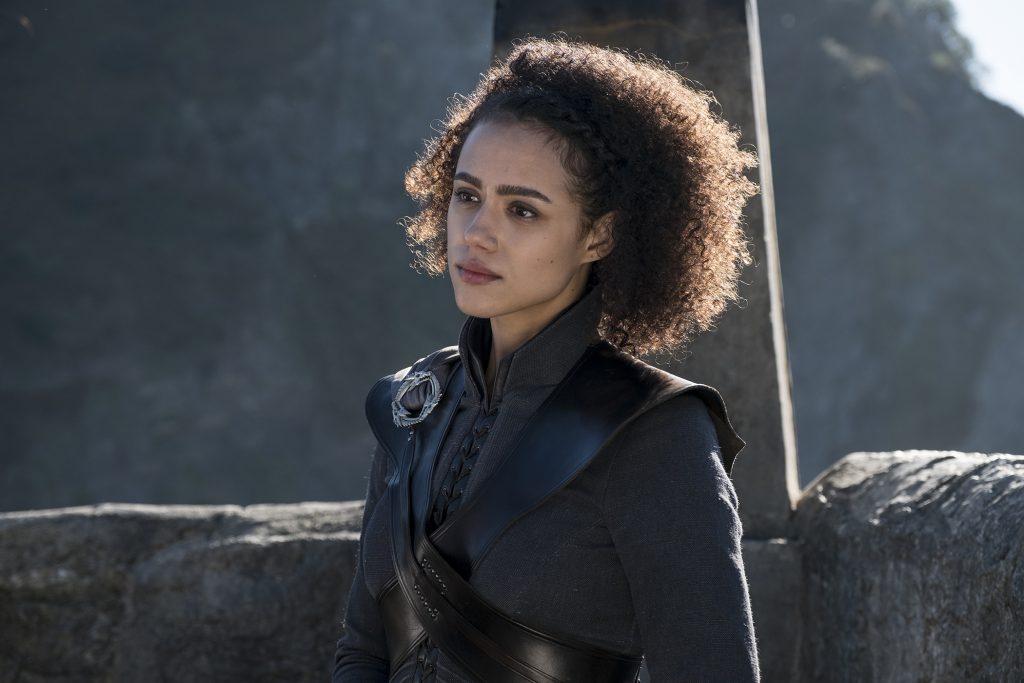 It’s been over a year since we were forced to say “goodbye” to Missandei of Naath, but we certainly haven’t seen the last of Nathalie Emmanuel. In a recent interview, Emmanuel took a break from discussing her many upcoming projects to talk about Missandei, her on-set rapport with Emilia Clarke and why it’s important for shows to feature diverse casts.

Nathalie Emmanuel admitted in an interview Vogue that she still hasn’t watched the ending of Game of Thrones, though she is, of course, aware of its, eh, major plot points.

“I loosely know that [Dany] avenges her friend,” she said. “I’m not sure that Missandei had any idea what she started…”

In all seriousness, Emmanuel knows how important Missandei was to fans, and pointed out that much of the anger surrounding Missandei’s death has to do with the fact that she was one of the very few characters of color on an overwhelming white show.

“I definitely understood beforehand what my role meant to people but the days after that episode really brought it home,” she said. “I loved that character, and I wish she had had a happy ending – but Westeros is this brutal, heartless world, so you have to keep that in mind. When it comes down to it, the backlash stems from the fact that, when there’s so few non-white characters on-screen, a death like that registers as a massive loss.”

Emmanuel said that she and Jacob Anderson often discussed the significance of their characters and the responsibility of playing the only major characters of color on a show of such magnitude. “We were always really conscious of how much our being part of Game of Thrones mattered to people. It made us really protective of Missandei and Grey Worm.”

“At the end of the day, if there’s ever a show on the level of Game of Thrones again, representation has to be part of the conversation from the beginning. That way, there’s no single person who has to represent every other person of colour.”

Emmanuel also discussed the challenges of being a woman on a “male-dominated set.”

“[I]n my first season, my costume was pretty revealing, and there was an incident with an extra who made a comment about it on set – I mean, typical – and Emilia straightaway had my back. It got handled.”

Indeed, Emilia and Nathalie bonded over being “the only girls” on set.

“Emilia and I got on like a house on fire from the beginning,” Emmanuel said. “When I joined the cast, she had already been shooting Game of Thrones for a few years, and she was definitely ready to have some female energy around her. She and I always looked out for each other.”