Martin's 'Fire & Blood' to be released soon; The Winds of Winter & Spin-off Update! | Watchers on the Wall | A Game of Thrones Community for Breaking News, Casting, and Commentary 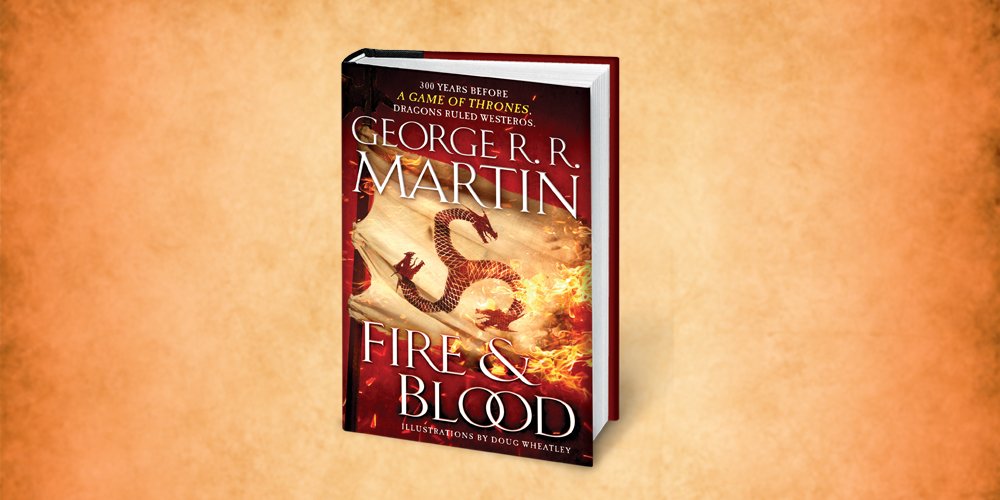 George R. R. Martin just announced on his newly refurbished “Not a Blog” blog that his next book is coming soon… though it may not be the book most people want right now. It’s Fire & Blood, Martin’s first of two volumes on the History of House Targaryen written from the perspective of an Archmaester. But what about The Winds of Winter? Well…

The Fire & Blood hardcover edition is going to be published in the US and the UK on November 20. Some translated editions will arrive simultaneously in other countries, while others will have to wait, depending on the publisher. I’ll let Martin sell it to you:

It’s a hefty book, almost a thousand manuscript pages (okay, 989, if you want to be precise). That’s not quite as long as A GAME OF THRONES or any of the later volumes in A SONG FOR ICE AND FIRE, but there’s a lot of reading there, and I hope you’ll enjoy it. This first volume covers all the Targaryen kings from Aegon I (the Conquerer) to the regency of Aegon III (the Dragonbane), along with their wives, wars, siblings, children, friends, rivals, laws, travels, and sundry other matters. For those not up on your Westerosi history, that’s Aegon I, Aenys, Maegor the Cruel, Jaehaerys I (the Conciliator), Viserys I, Aegon II (and Rhaenyra), and Aegon III (the regency). Oh, and there are dragons too.

Of course, the story doesn’t end with the regents of Aegon III. There is a lot more history to come, and Archmaester Gyldayn will get to all that too, in FIRE & BLOOD, Volume Two. But that one is a few years down the pike. So don’t get impatient. Gyldayn will get to it eventually, but he’s old, and so am I, and we both have other projects to tend to as well. The Citadel puts a lot of demands on an archmaester’s time.

Oh, and I almost forgot the best part: FIRE AND BLOOD will be illustrated throughout. No, it won’t be a huge coffee table book with art on every page, like A WORLD OF ICE & FIRE… but there will be lots of lots of interior artwork. Think more along the lines of the special anniversary edition of A GAME OF THRONES that we did a few years ago, or the gorgeous hardcover of A KNIGHT OF THE SEVEN KINGDOMS, the Dunk & Egg collection. We’ll have more than 75 black & white illustrations by artist Doug Wheatley. 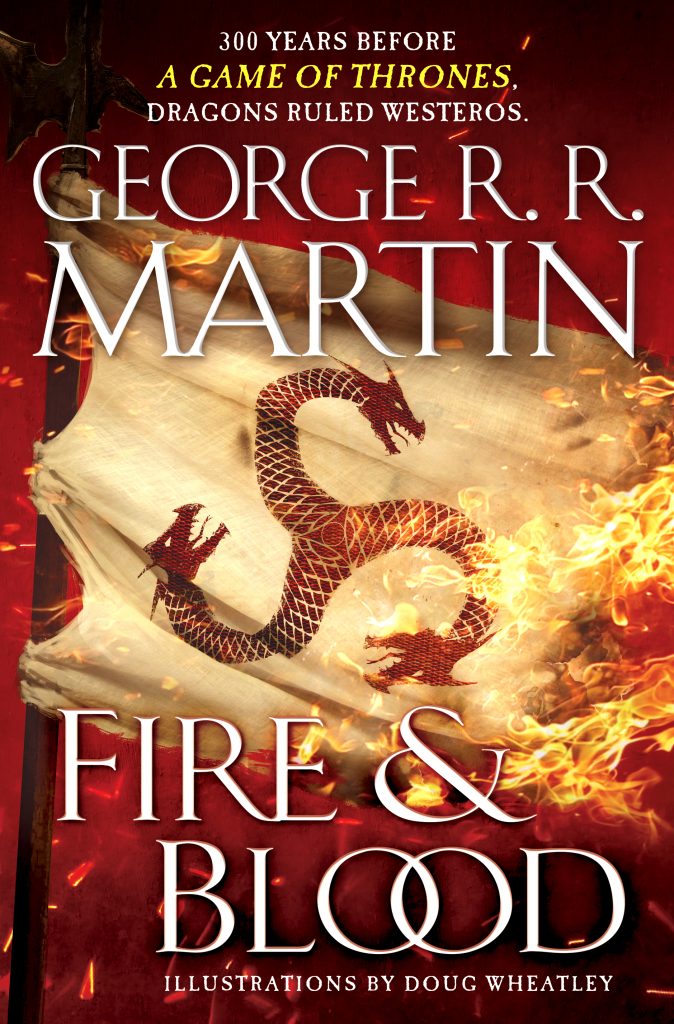 Along with the announcement, Martin let us know that the next book in A Song of Ice and Fire isn’t coming any time soon. In fact, that’s how he chose to open the blog post, presumably to avoid getting people’s hopes up: “No, winter is not coming… not in 2018, at least. You’re going to have to keep waiting for THE WINDS OF WINTER.”

Furthermore, as they may be related to this book on Targaryen history, GRRM mentions the Game of Thrones spin-off projects in development. We don’t know what any of these spin-offs are about, but we know they are all prequels, and that Dunk & Egg and Robert’s Rebellion are ruled out, which points most theorists to certain famous incidents in Targaryen history. Martin is seemingly aware of this, but he isn’t going to slip up:

“Oh, and I should also say… as most of you know, HBO is presently developing a number of different prequels to GAME OF THRONES,” Martin begins. “I know I am going to be asked whether those shows are going to be based on material from FIRE & BLOOD. It’s a logical question. The only answer I can give is… ah, well, no one is sure yet, and anyway, I am not allowed to say. So let’s move that to the side.”

If the “no one is sure yet” comment mystifies you, remember that, though many spin-offs are at some stage of development, according to HBO programming president Casey Bloys only one of them will be produced, at least for a start. If Martin is in the loop and isn’t lying, this may mean HBO hasn’t decided which spin-off to go with yet.

So that’s it! If you’re into fictional histories, today is definitely a good day for you. If you’re still hopeful for Winds to arrive anytime soon, maybe not so much. Personally, by this point I have accepted we’ll get it whenever it’s done—if it’s ever done—and there’s nothing we can do about it, so let’s just be happy with what we’ve got: five enormous tomes of A Song of Ice and Fire, a number of novellas, in-universe histories, and, of course, seven seasons of Game of Thrones, with the eighth and final season coming next year. But, before that, on November 20 this year, you’ll be able to get Fire & Blood!