Maisie Williams discusses fame, foibles and season 6: "[Arya] gets broken down totally" | Watchers on the Wall | A Game of Thrones Community for Breaking News, Casting, and Commentary 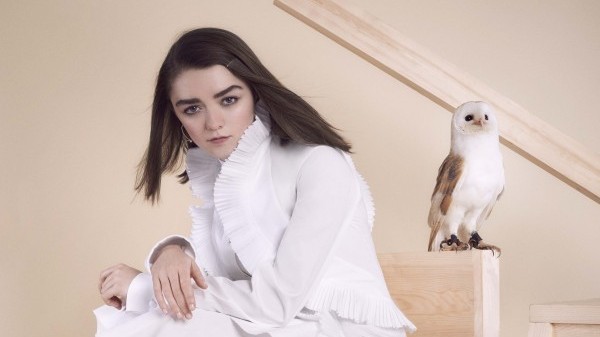 Maisie Williams spoke to InStyle magazine about life as a teenaged actress and her similarities with Arya, and then offered some foreboding hints about Arya’s storyline next season at a Game of Thrones press launch.

During her interview with the InStyle, Williams discussed dealing with fans at inopportune moments, balancing her public and private life and, of course, her character, Arya. When asked about a personality trait that helps her play the fan-favorite Stark, Maisie replied:

“I’ve never said this in an interview before, but yeah, I have a temper. And I hate it! But that’s what worked with [playing] Arya. I know what it’s like to be really mad!”

At the press launch of the Game of Thrones season 5 DVD boxset, Williams spoke about Arya’s journey over the course of the series and offered some, admittedly bleak, hints as to what we can expect next season 6.

“Every season with Arya adds a different layer, I feel,” she said. “With season five and going into season six, it’s kind of like they’re stripping those away. Although she turns a lot darker, a lot of it is actually what’s underneath, and they’re stripping away the emotion now. It was so interesting reading season five and thinking ‘this is not the girl I’ve auditioned for, at all’.”

“Going into season six, she gets broken down totally. We see her at the lowest point we’ve ever seen her. This time it’s nothing to do with a family member being killed, it’s something purely about herself.

“I love that side of it, and I think this new series, we definitely see a new crack in her. There’s a moment where you question whether she’s going to get back up or keep fighting.”