“The Long Night” was as close to a mid-season finale as a show with such short seasons could possibly get. As the much-anticipated, fiery, harrowing climactic battle in the war between the living and the dead, how did this episode do in terms of viewership?

As reported by Deadline, “The Long Night”, the third episode of season eight, was viewed on 12.02 million American TVs during HBO’s first airing, almost matching the record held by the season seven finale, “The Dragon and the Wolf”, at 12.07 million viewers. 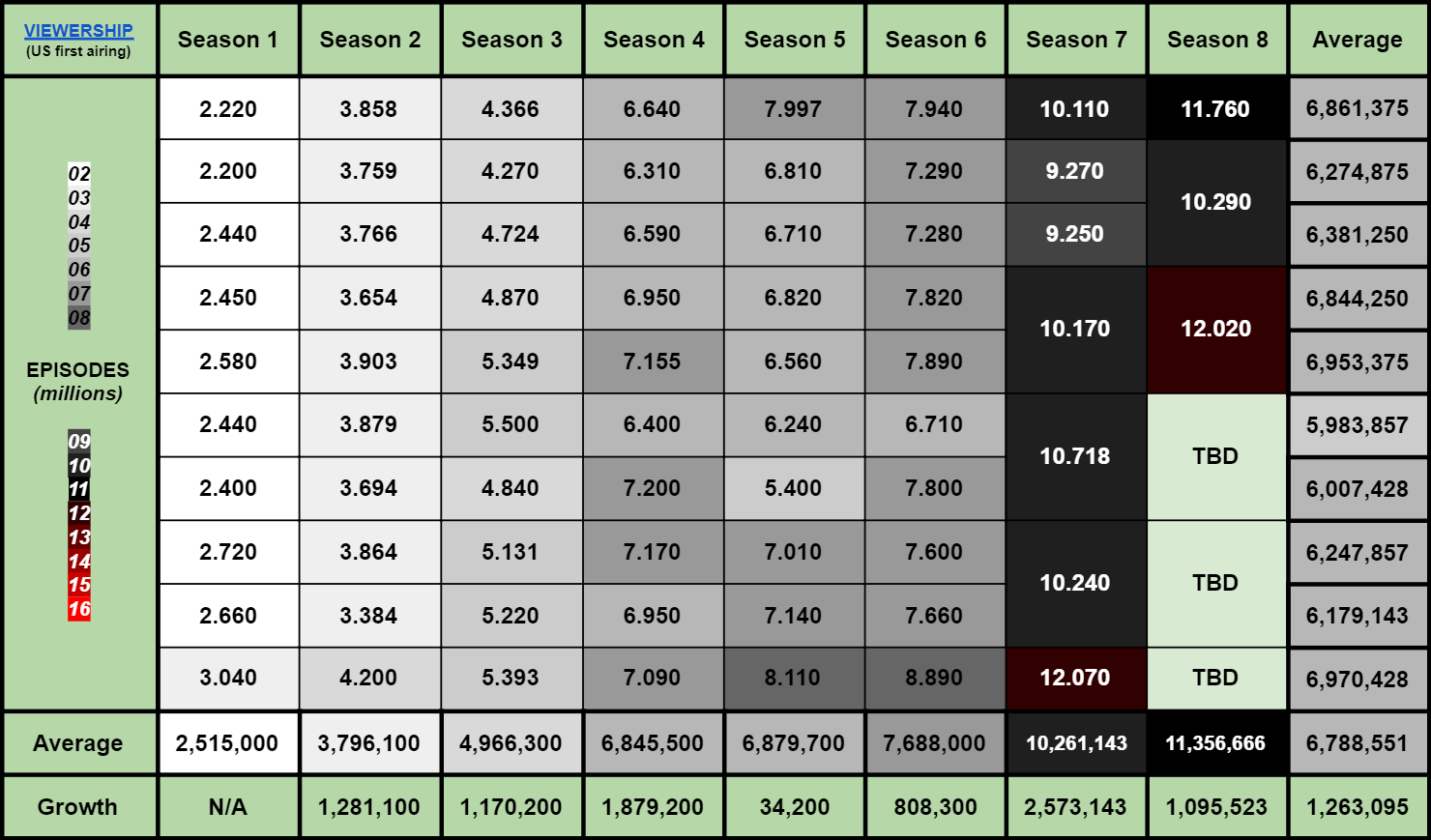 At 12.02 million viewers, “The Long Night” is the second most-watched Game of Thrones episode on the first US broadcast. Will the final three episodes break the seeminly insurmountable record set by “The Dragon and the Wolf”? We’ll have to wait and see. Meanwhile, here’s a chart showing how season eight is, overall, ahead of the pack: 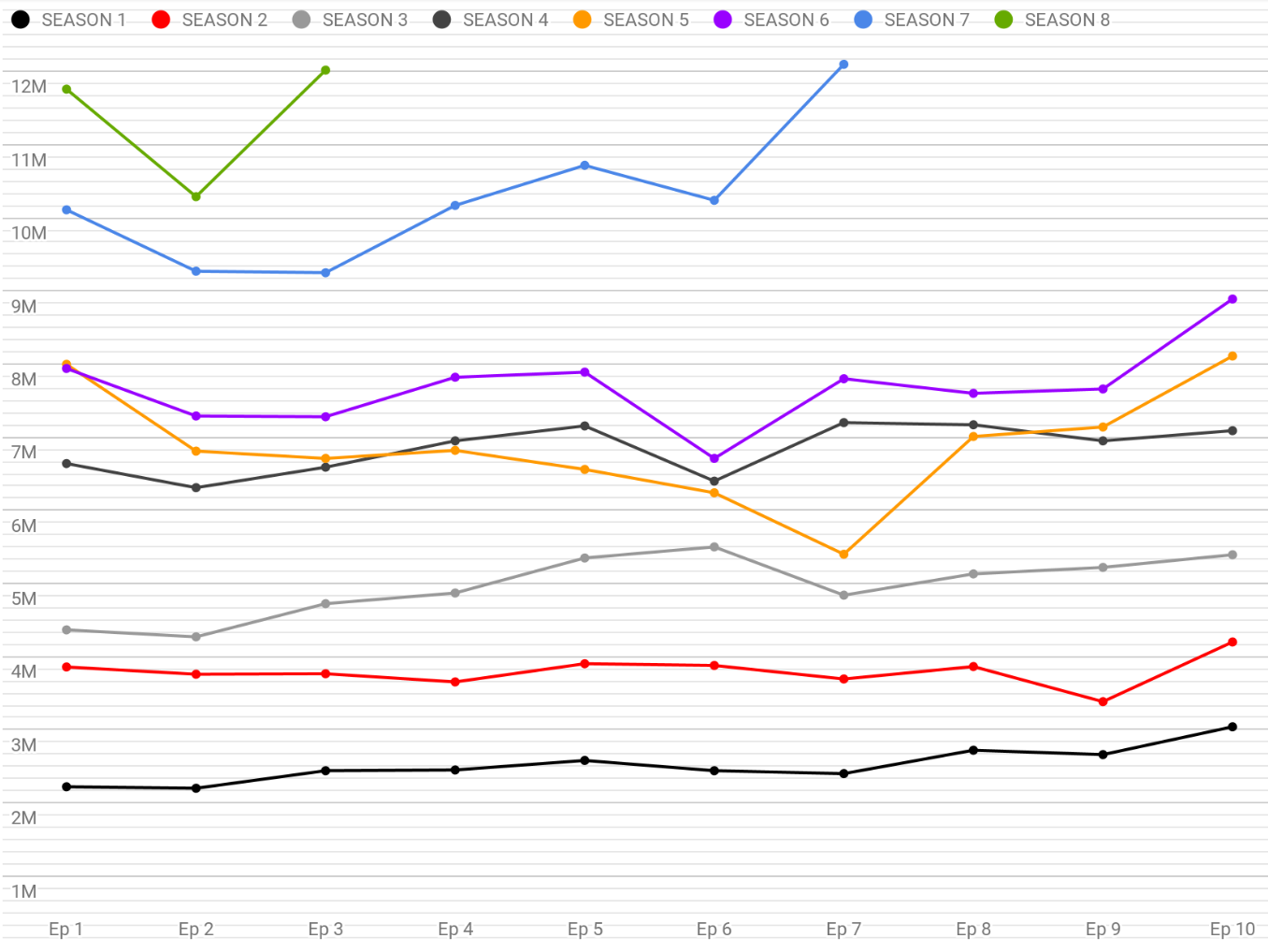 Finally, accounting for overnight airings as well as a partial streaming count, which is how increasingly more people are watching TV, “The Long Night” had 17.8 million viewers in the US. This is a new high for Game of Thrones and HBO overall, breaking the record of 17.4 million set by the season eight premiere, “Winterfell”, a few weeks ago.

Though by the traditional broadcast metric season eight has broken no major records, the show’s being watched more than ever before; it’s just spread out among platforms.