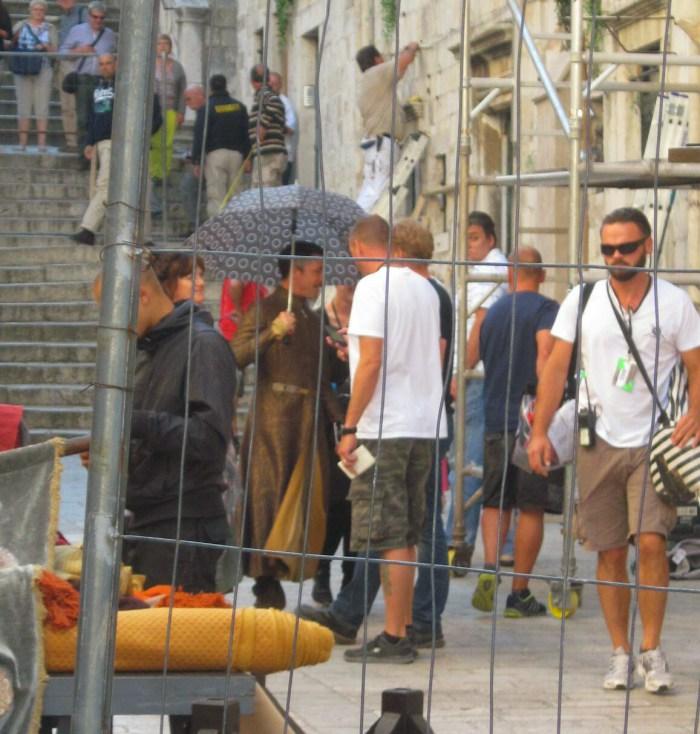 After some previous unconfirmed reports, it is now quite clear that Littlefinger will return to King’s Landing in Game of Thrones season 5. From a book reader’s perspective, this introduces a whole host of speculation into the fold, as Baelish was still very much in the Vale when he was last seen in A Feast for Crows.

Aidan Gillen was photographed by some fans in Dubrovnik last week. While the context of his scene(s) is unknown, he was very much present in the city specifically for filming as Littlefinger, as evidenced by the picture above.

Massive spoilers for a key scene below the cut.

A WatchersOnTheWall source has divulged quite a bit of information on the filming of King’s Landing scenes over the last few weeks, with a particular focus on Cersei’s Walk of Shame.

Of note are the following points:

Our source assured us that the atmosphere was very The Passion of the Christ-esque. The scene certainly reads as though it will be extremely difficult to watch. Thoughts?