Let's put this Lansbury rumor to bed | Watchers on the Wall | A Game of Thrones Community for Breaking News, Casting, and Commentary 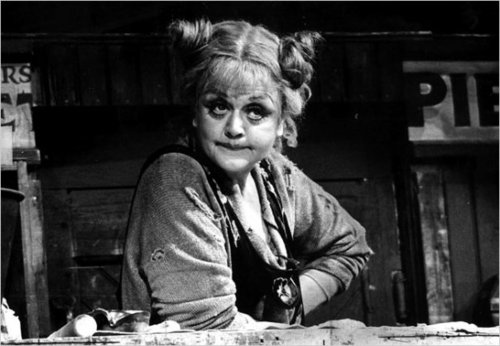 Let’s get this out of the way: Angela Lansbury is not going to be on Game of Thrones. It was a rumor started a couple months ago by German tabloid Bild, and unfortunately it’s taken on a life of its own, periodically resurfacing when we’re starved for news. Our sources have told us unofficially that it was not happening and to just forget about it, but there has been no official word on it from HBO.

Anyway, Entertainment Weekly today went ahead and contacted Lansbury’s people and finally got a clear word on the matter: Angela Lansbury is not going to be on Game of Thrones.

Not that I wouldn’t love for Lansbury to be on GoT, since she starred as Mrs. Lovett in my all-time favorite musical, Sweeney Todd: The Demon Barber of Fleet Street. She’s brilliant, hilarious, and wicked in a way you might be surprised to see from Jessica Fletcher of Cabot Cove, Maine.

Currently, Lansbury is 90 years old and works rather sporadically, so perhaps it wasn’t meant to be. But hey, Mrs. Lovett and GoT both have a knack for cannibalism so forgive if I’ll continue to hope Lansbury finds her way to Westeros someday.