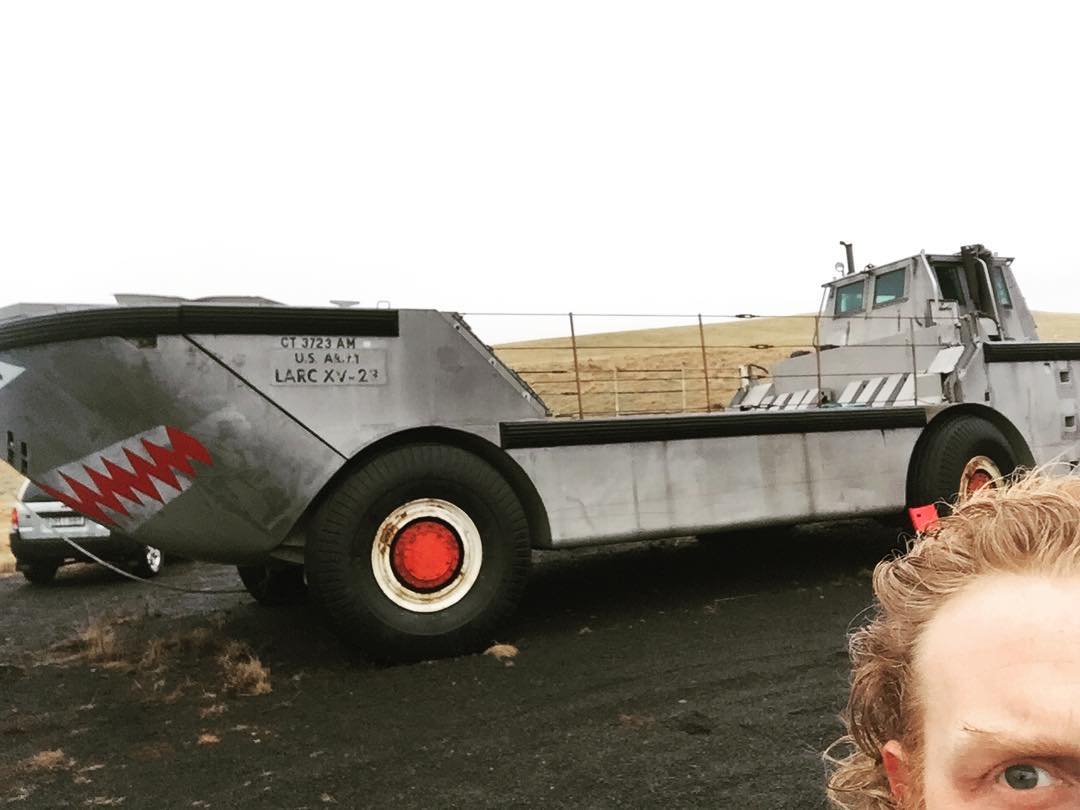 As we reported yesterday, Game of Thrones has been busy with shooting in Iceland this week, shifting filming over to the beach in Vík. Several cast members have been spotted in the country, creating an eclectic group of characters in one storyline.

Today we can add to the headcount, with reigning gingerbeard Kristofer Hivju sharing a photo on Instagram this morning that confirms the Tormund Giantsbane actor is in Iceland.

If Tormund had a car- this would be the one!

In the picture is a LARC-XV, an “amphibious cargo vehicle” according to the brief wiki entry, a sort of boat and truck in one. This particular LARC-XV vehicle is found in Iceland, confirmed by several sources including this other photo taken several years ago in Skeiðflötur, a place located only a few minutes’ drive away from Vík and the black sand beach Reynisfjara.

Reynisfjara was home to filming this week, with its famous black sands…and that might be black sand in Hivju’s photo. Given that the show appeared to be filming a small boat landing over the past couple days, it makes sense they’d need a special cargo vehicle to handle their equipment in and around the water.

I’ll skip the extensive spoilers in this article (check into yesterday’s report for more about who else has been spotted and what they’re likely filming), but I’ll also mention there are rumors that Kit Harington has once again been spotted in Iceland. Those reports are unconfirmed at this time, however, so take them with a grain of salt until we have some sort of proof.