Inside the Game of Thrones US Premiere with photos and a new stunts video! | Watchers on the Wall | A Game of Thrones Community for Breaking News, Casting, and Commentary

The U.S. premiere of Game of Thrones on Facebook tonight was a spectacular affair loaded with treats for fans, packed with cast members and interviews on the carpet, and capped off with a new behind-the-scenes video featuring the stunts of season 5. The featurette offers commentary from Rowley Irlam, the show’s stunt coordinator, and never-before-seen footage of fight sequences being created. Feast your eyes on the Sand Snakes in action and the glimpses of Hardhome in this new clip:

Most of the show’s stars stopped to chat with the hosts and offers a few tidbits. Here are some of the highlights:

George R.R. Martin regales the audience with the story of how one overeager fan actually tried to cut off a piece of his hair for a keepsake. But Martin reassures us that,”99.9% of the fans are great. You all dream of having a fanbase like this.” When asked about which region he prefers, the author says, “I’ll always be a Northman at heart. I like the cold more than the heat.” He also teases, “There are some locations we haven’t seen yet” that he is looking forward to writing about, including Casterly Rock and Highgarden.

When the host inquires if Dany is ready to take the throne, Emilia Clarke says with a grin, “Dany is getting closer with every episode.”

Finn Jones confesses that he has read fanfic- and cites not a Renly/Loras story, but one about Finn and Gethin Anthony. He says the fanfic involved the two of them massaging one another with pizza.

Nathalie Emmanuel says of the many languages Missandei speaks each season, “David J. Peterson is a genius, and he sends me recordings of each word, every phrase [in these other languages], to help me out.” Emmanuel acknowledges that it has gotten easier each year, and mentions that Missandei speaks 19 languages.

Dean-Charles Chapman reveals in his interview that- begin rioting, book fans! – there will be no Ser Pounce sightings in season 5.

Sophie Turner acknowledged that Sansa is going “through her Goth phase” at the moment.

Executive producer David Benioff admits that he’s on anti-anxiety medication after working on the show, and also that the cast is “a huge drinking cast.”

Check out the glamorous stylings of the cast as they hit the red- sorry, black carpet in San Francisco tonight, courtesy of newzcard: 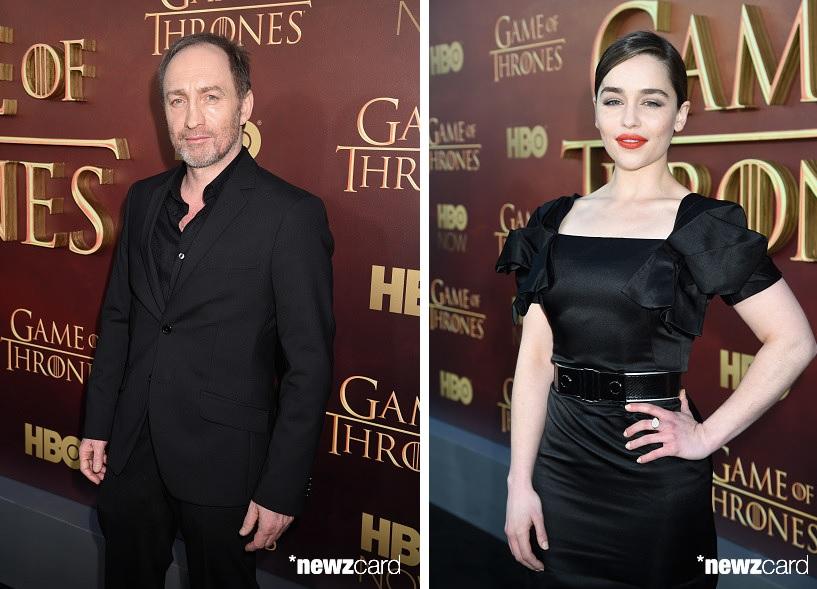 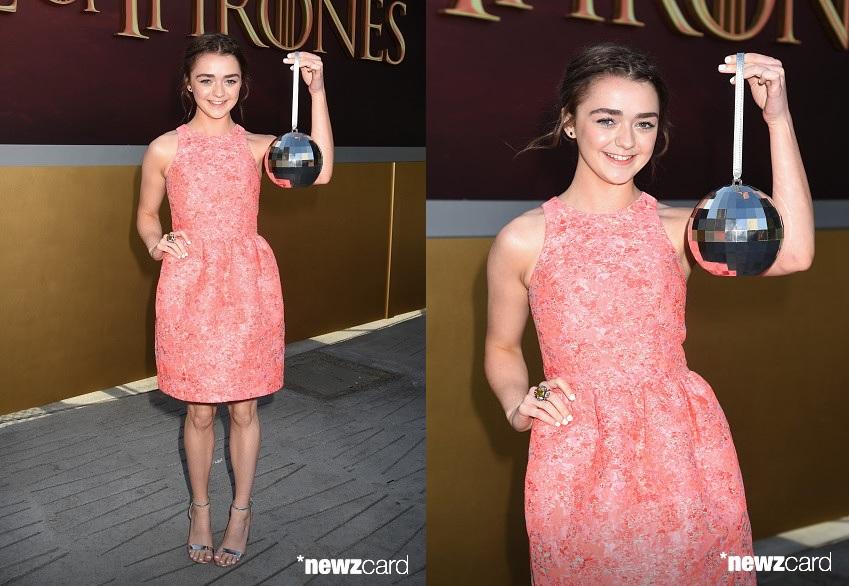 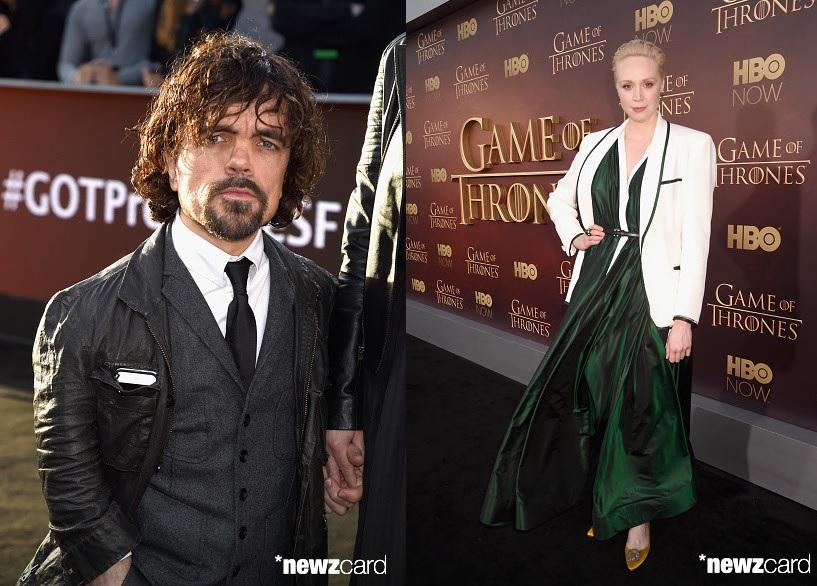 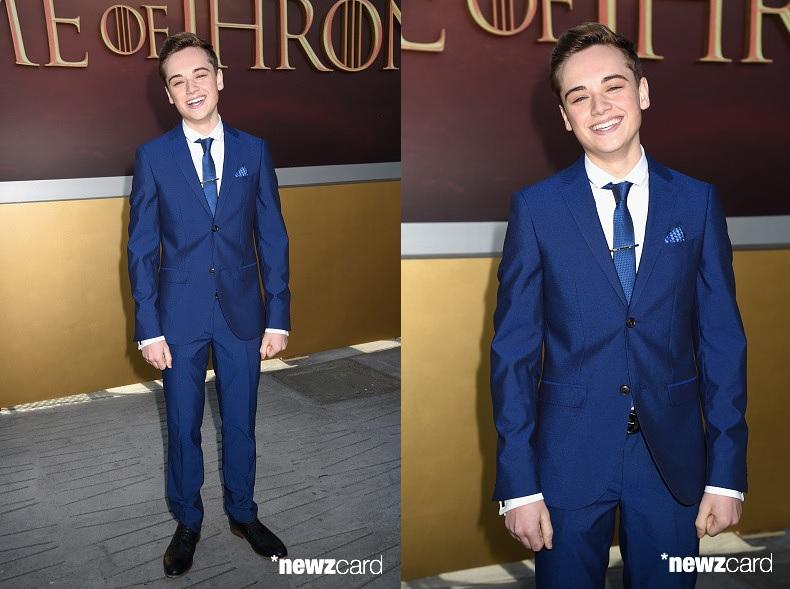 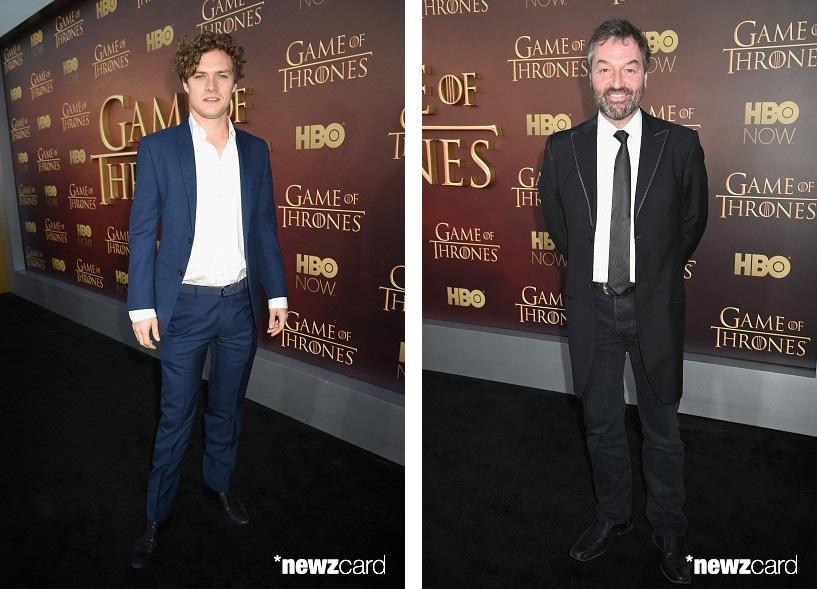 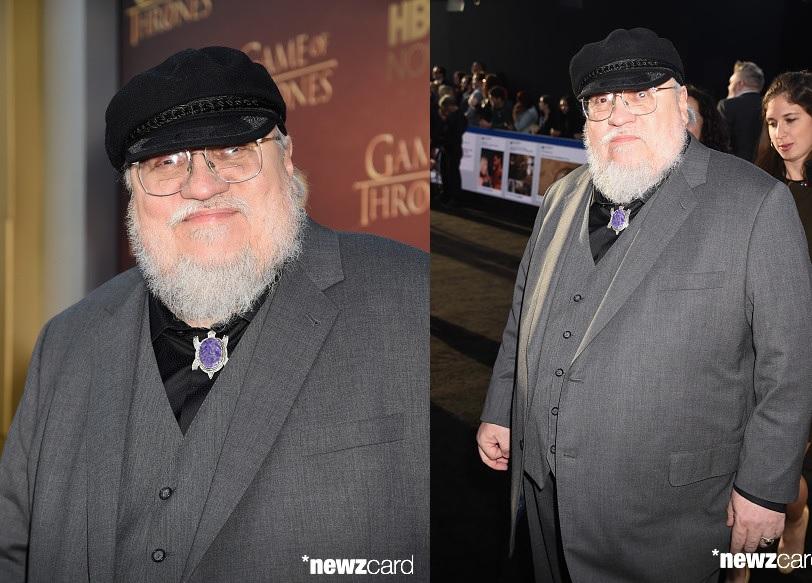 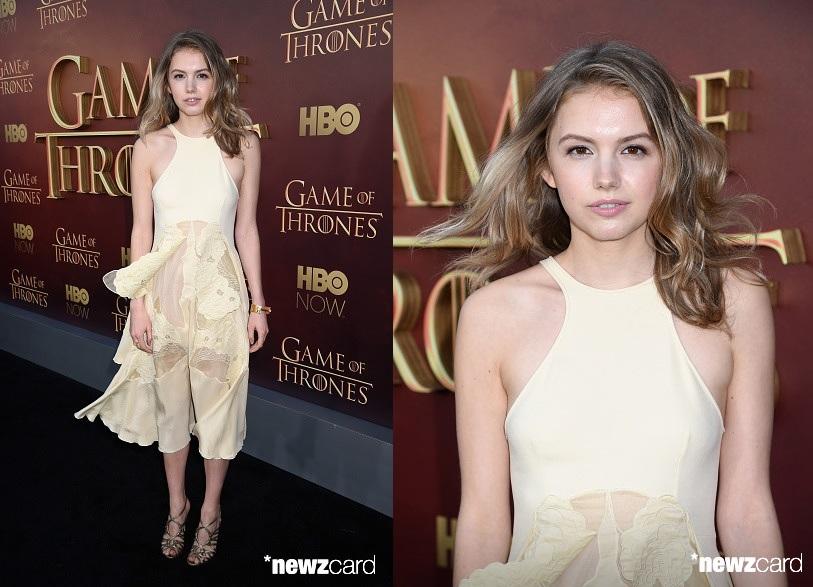 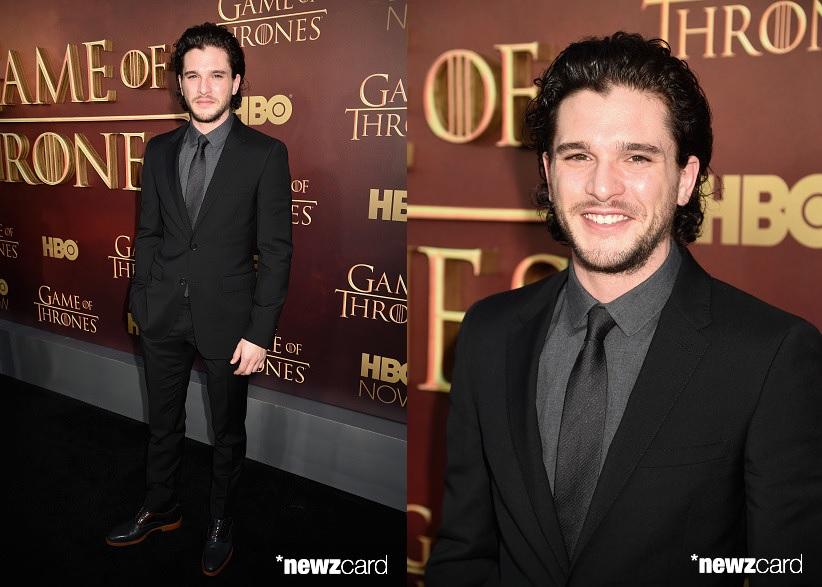 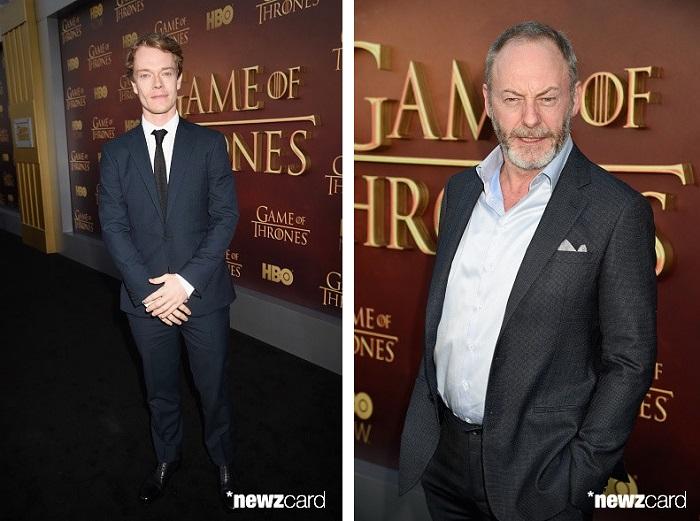 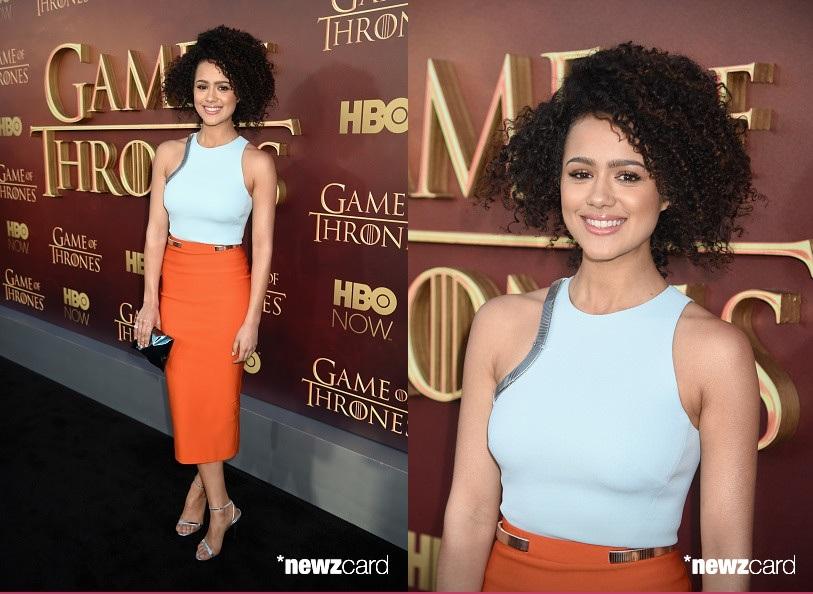 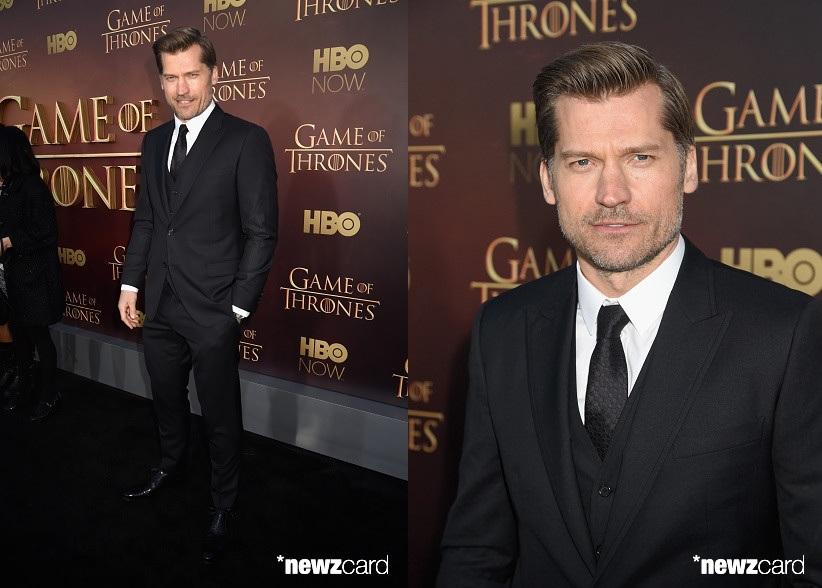 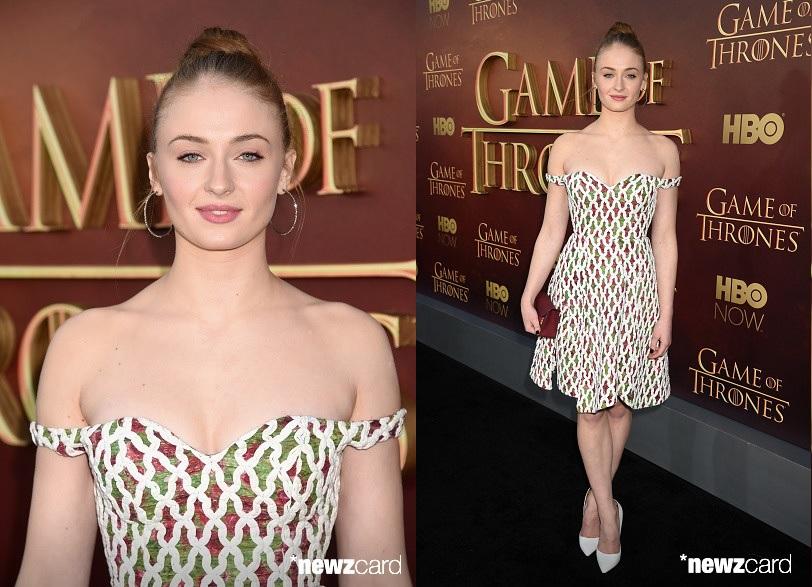 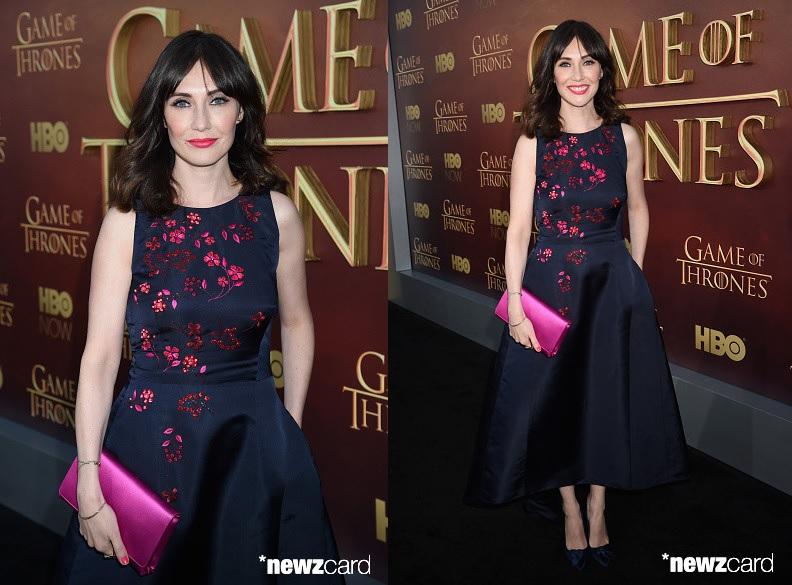 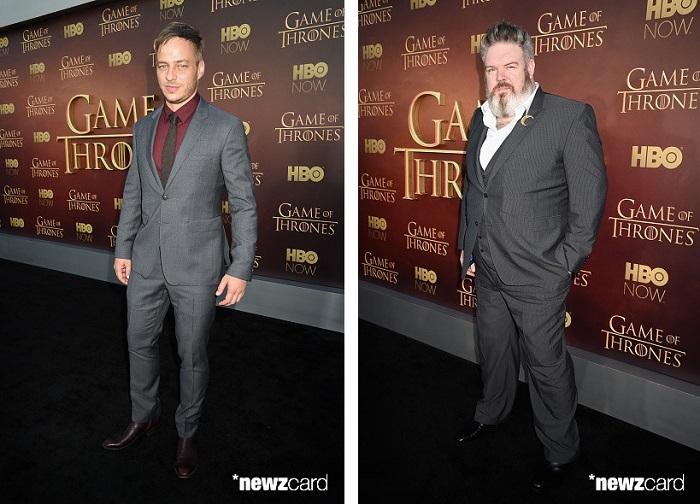 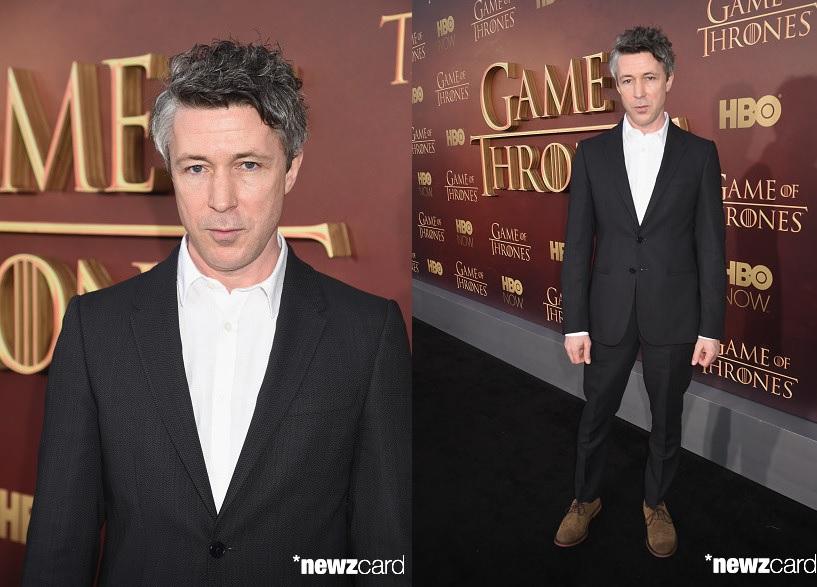 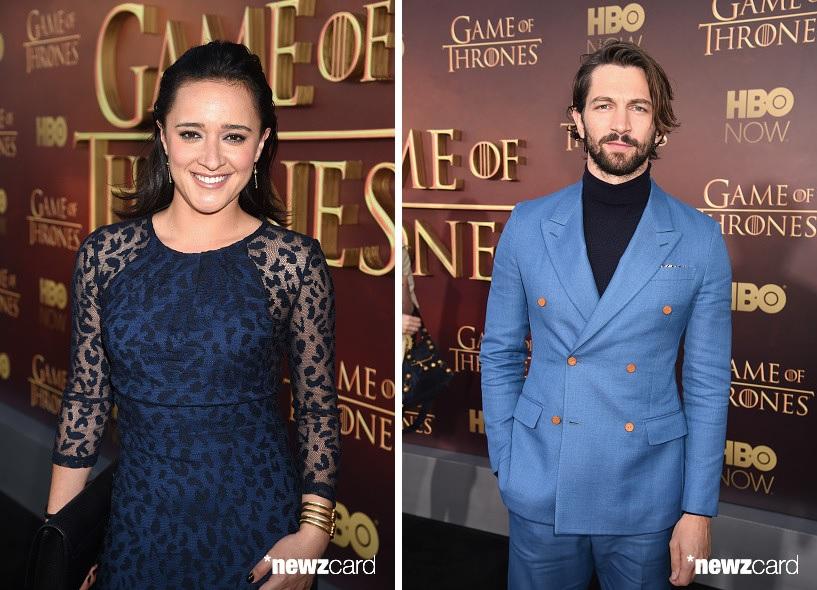 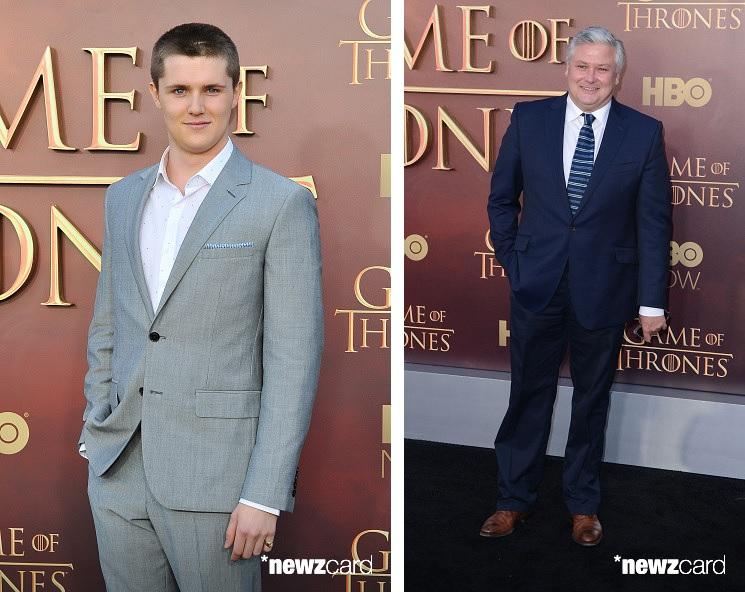 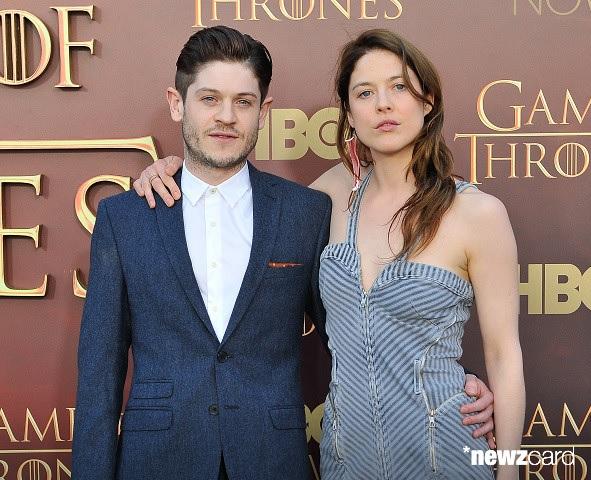