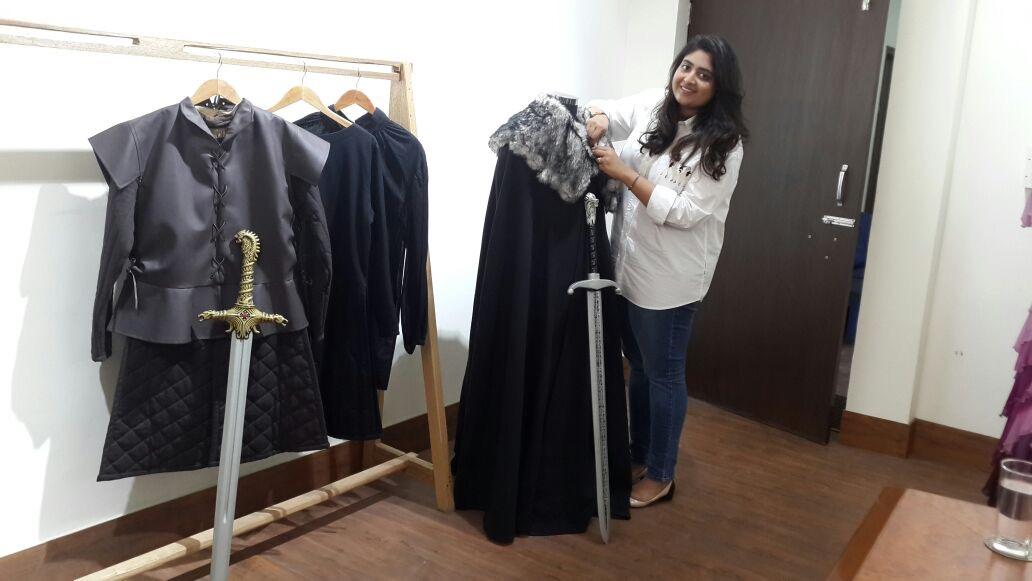 The gleaming swords and daggers, the regal crowns, the intricate embroidery on gowns and robes — part of the appeal for Game Of Thrones fans is the level of detail in the costuming and the beautifully imagined world it helps to create.

In a recent article from Broadly, fans got a peek behind the curtain at how some of Westeros is clothed and armored when Sunaina Kumar interviewed Rashi Goil of RS Windlass & Sons, a company that provides props and costumes to the hit HBO series; and series costumer designer Michele Clapton talked about dressing the reunited Stark siblings in an interview on HBO’s Making Game of Thrones website.

Arming — and clothing — Westeros
Founded by Goil’s great-grandfather to supply weapons to the British Indian Army during World War II, the company has created armor, helmets and weapons like Jon Snow’s Longclaw and Ned Stark’s Ice that are used on the set of Thrones (in addition to sticking to their dayjob of providing weaponry for some of the world’s largest militaries). They also provide officially licensed replicas that fans use for cosplay, Halloween costumes and Live Action Role Play (LARP) — and although those are crafted out of latex and foam rubber, not iron and steel, the appearance is strikingly similar. “You cannot tell the difference from a distance,” Goil told Broadly. 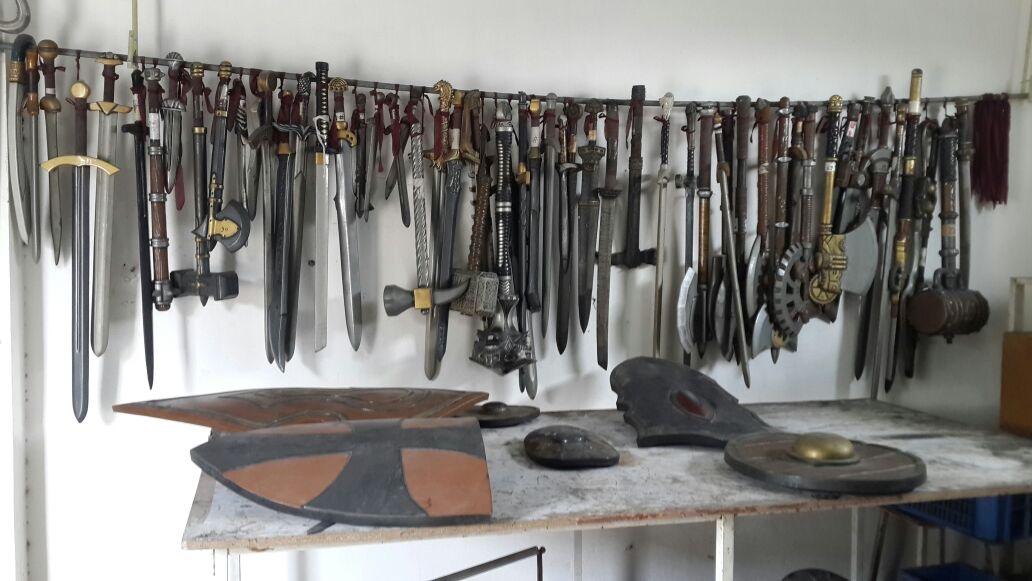 The company also provides some of the elaborate costumes used for Thrones, like the leather-and-wool garb of Northerners and the silk gowns of King’s Landing, and any licensed replicas have to be as accurate as possible. Goil noted that the company’s head of business operations in America has visited the set in Ireland to talk with costume designer Michele Clapton and armor designer Augusto Grassi and to examine the details of the costumes and props, ensuring they use the same materials and fabrics.

Dressing a long-awaited reunion
Emmy Award-winning Thrones costume designer Michele Clapton knew all eyes would be on Winterfell during last week’s episode 4 (until the last 10 minutes or so, when something with a dragon happened) when Bran, Sansa and Arya would be together for the first time since season 1 — but she wanted the Stark siblings to wear clothing that represented the individual journeys that brought them back home. 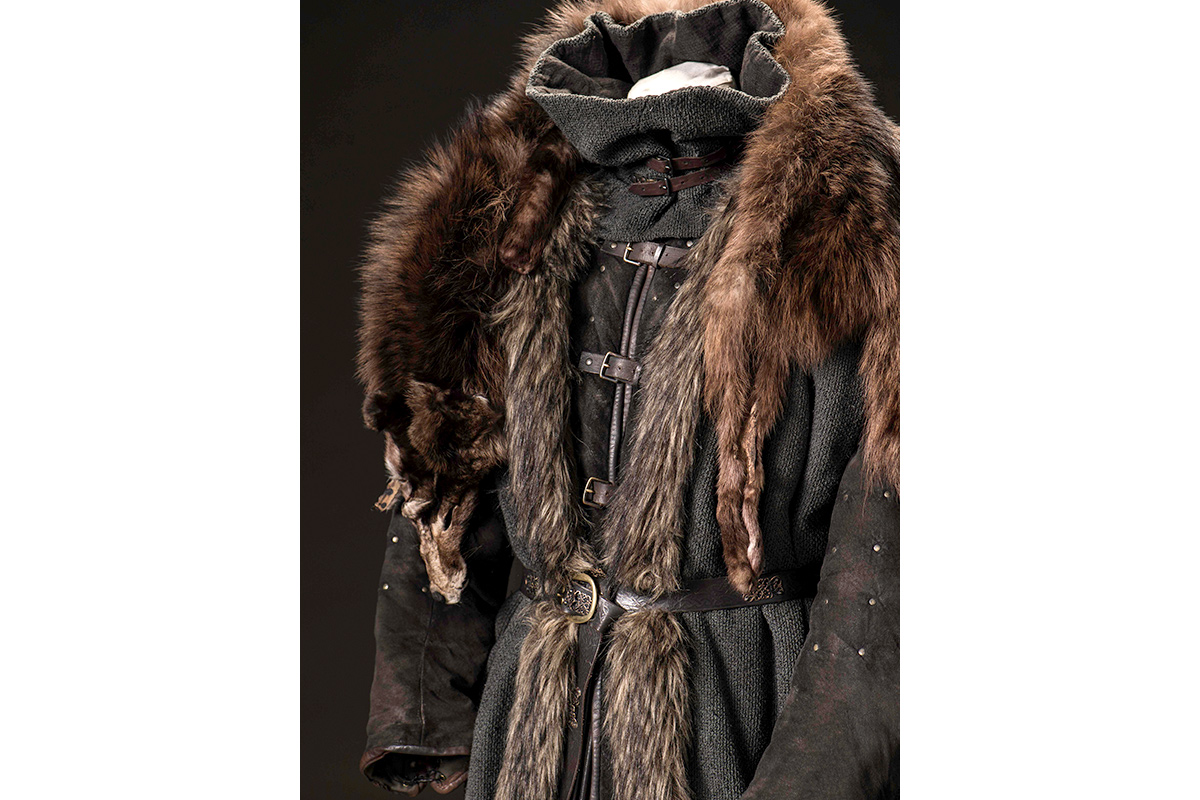 Bran’s costume from “The Spoils of War.”

“I wanted to reflect how different they all are from their experiences. There is something they have taken from their parents in the shape of a dress, the cut of a cape or the quilting details, apart from Bran who is so removed,” she said in an interview with HBO’s Making Game Of Thrones website. “Sansa’s cape, for instance, represents Ned and her desire to take on more of a leadership role at Winterfell.”

“All the characters’ costumes are a consequence of the journey and lifestyle,” Clapton continued, particularly referencing a favorite piece of hers — Sansa’s belt, which she designed to represent the removal of any possible physical touch. “Her dresses are also tightly-laced on, incredibly difficult to remove.” 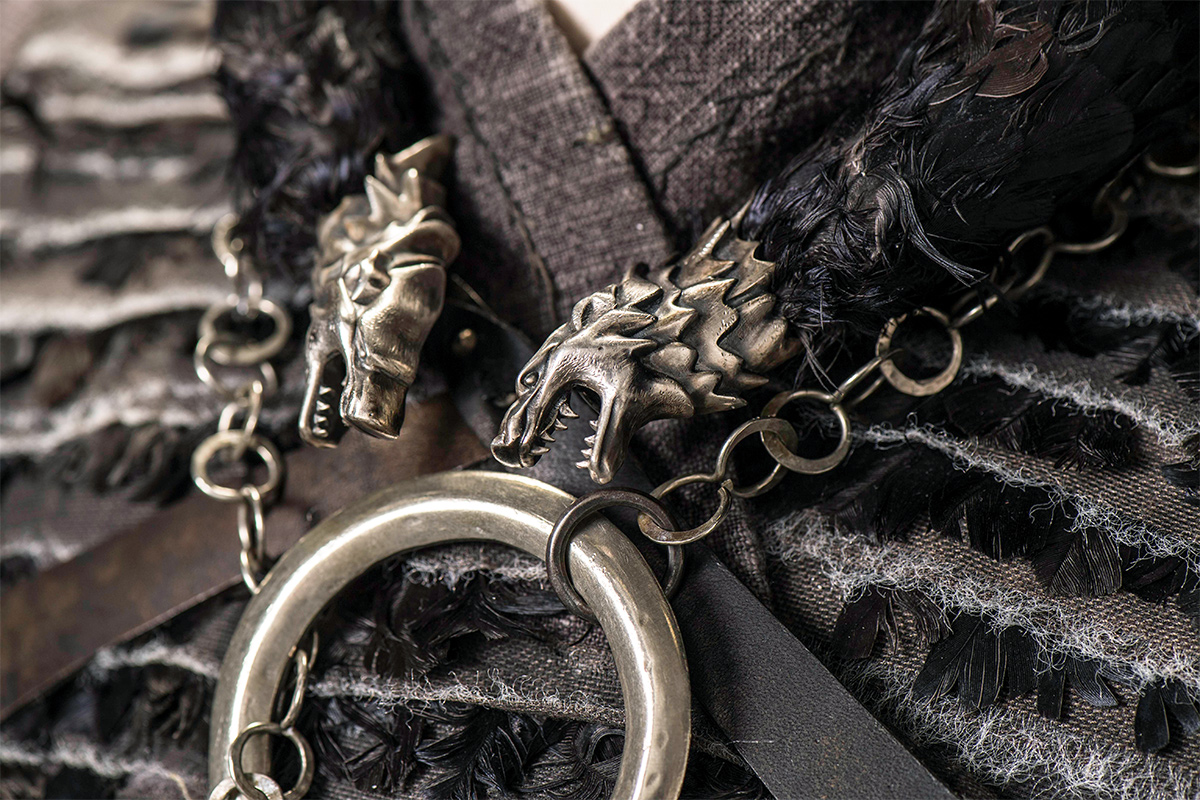 A close-up of Sansa’s gown detailing and chain from “The Spoils of War.”

The increasingly somber mood in the North (and all of Westeros, really) also drove Clapton to choose darker colors, noting that “Winter has come … There are discreet tones within the costumes, subdued hints of their sigil colors.”