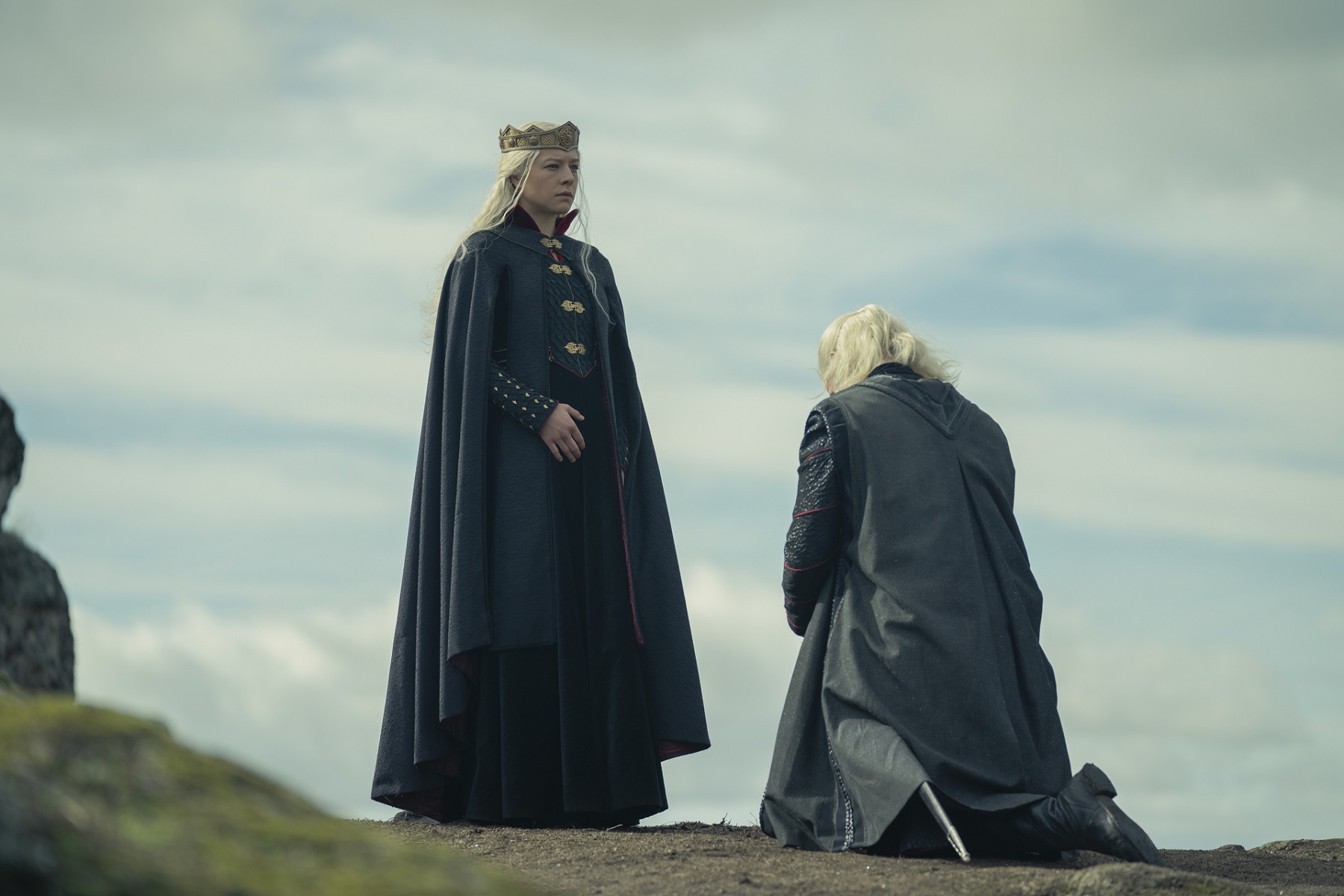 In a surprise twist of events, House of the Dragon picked up the biggest TV award of the night, after very few actual nominations during the Golden Globes leadup, and a slow of other shows winning other awards throughout the night. Defeating retiring shows Better Call Saul and Ozark, regular Golden Globe winner The Crown, and breakout freshman drama Severance, HOTD did what Game of Thrones was never able to do, and won the top prize. A few more developments below…

On hand to accept the award were season 1 co-showrunner Miguel Sapochnik, and twin Rhaenyras (Golden Globe nominee) Emma D’Arcy and (should have been Golden Globe Nominee) Milly Alcock. I guess this was a swan song for Miguel, who formally stepped away from the GOT universe this summer. Stumbling through his rambling and self-admittedly unexpected speech, he took the time to importantly note, “I’ve gotta say, Severance is awesome; I love that show. If I could have made House of the Dragon like Severance, I would have, but it would have been a bit weird.”

Emma D’Arcy was nominated for Best Actress as well, although they did not win. Telling Yahoo their thoughts on the impending season 2, they said “I think season one Rhaenyra spends a lot of time mediating her Targaryen fire. My hope is that in season two, the breaks are off a bit.” They also go on to talk about the” beautifully ironic” nature of being nominated for a Golden Globe for Best Actress, just as they had “stopped pretending to present as a woman in order to find success.”

Meanwhile, for the upcoming SAG awards, HOTD received just one nomination, for Outstanding Action Performance by a Stunt Ensemble in a Television Series. And yes, that category is a whole ass mouthful. How do you think they’ll do?