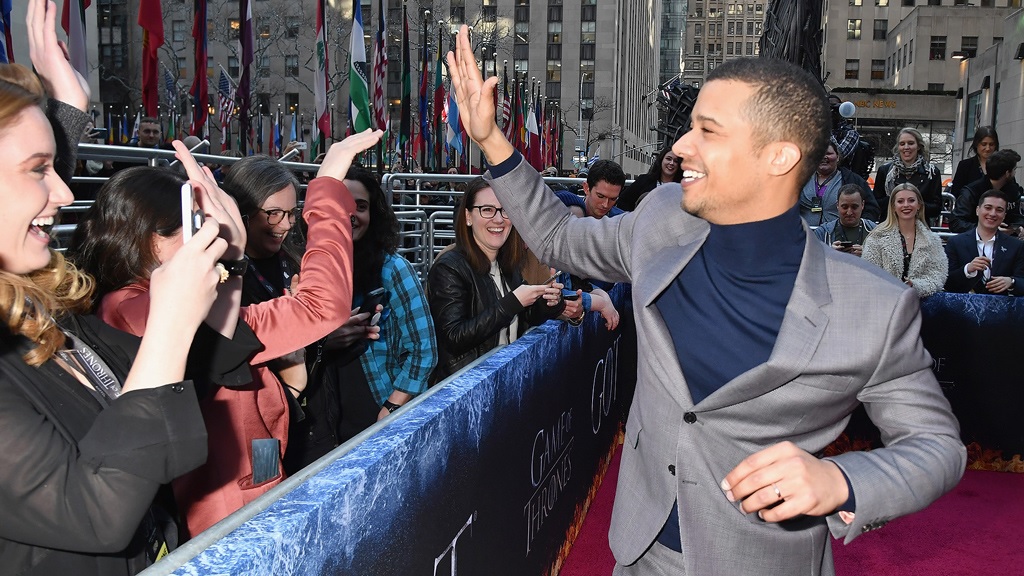 The red carpet premiere for Game of Thrones season 8 landed last night at Radio City Music Hall in NYC, with (almost) all the stars in attendance, the living and the dead. As the cast strutted their stuff on the carpet, they found the time to chat up the new season with press outlets across the country. Here are a few of the highlights!

#JonSnow and #Arya reuniting for the first time since season one is all that @Maisie_Williams has wanted. It’s all everyone is wanted. We’re already crying happy tears #Got #GoTPremiereNYC pic.twitter.com/vwDKnfqS5X

Gutted. Heartbroken and fucked off, still doesn’t cover my disappointment at not being able to travel to NYC for our final prem tonight. I fucking hate being sick and the timing of this is a shit bag. But .. S8 is the tits and so are all my cast mates and crew mates and creators… so RIDE FORTH INTO THE NIGHT AND CREATE MAYHEM … Love you beauties ⭐️⭐️⭐️⭐️⭐️💗💗💗💗💗