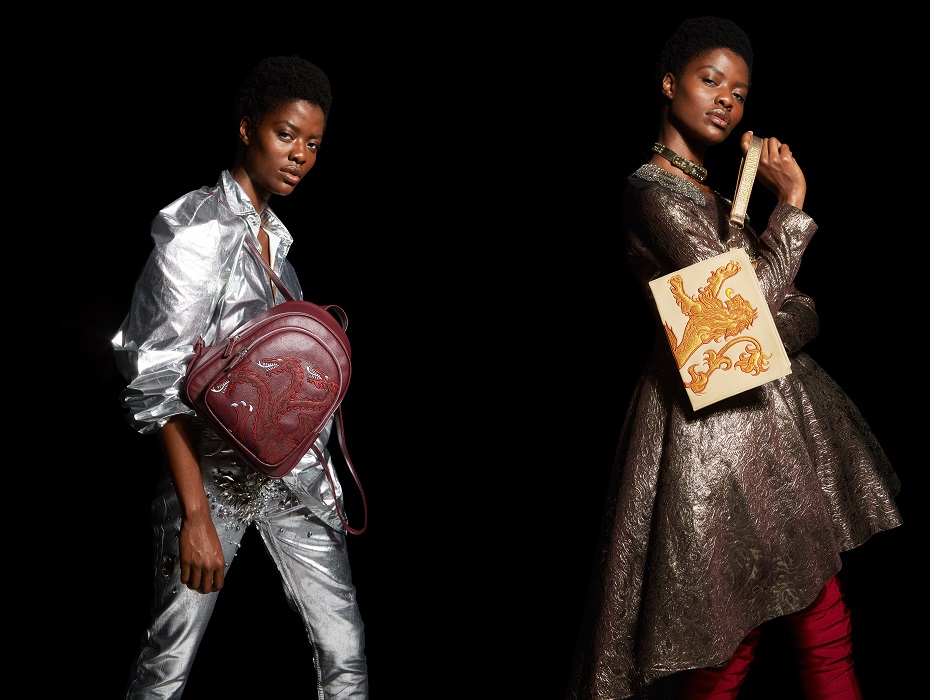 Brand-new merch news, hot off the presses! HBO announced this week that the network is teaming up with Danielle Nicole to create a line of Game of Thrones handbags and accessories! The collection launches on November 8th with an 18-piece collection interpreting the show, all the drama of GoT laid into a set of backpacks, bags and more.

According to HBO, each accessory is “cast in aptly opulent materials like faux fur and adorned with fringe and famous phrases from the show, like ‘Winter Is Coming’ and ‘Fire and Blood.’ Faux fur represents the Stark’s ‘Winter Is Coming’ theme while, in a nod to the Mother of Dragons herself, embroidered dragon motifs appear on many of the pieces. Fire and ice are interpreted through colors, featuring mighty tones like red and orange juxtaposed alongside cool tones like icy white and gray.”

The houses featured in the collection are House Stark, Lannister and Targaryen, with the matching sigils. 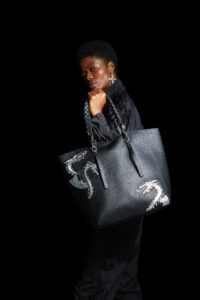 “For overall inspiration, we turned to the show’s main characters’ costumes, personalities and mythical creatures. We drew upon the fundamentals of the show, which resulted in a dark and romantic collection combined with plenty of dramatic flair,” explains Danielle Nicole founder and designer Danielle DiFerdinando. “Since Game of Thrones already has such iconic style and influence on today’s fashion, we used the show’s costumes for direction in designing the pieces. We wanted each material, detail and embellishment to be a direct reference to many of the looks you see in the show.”

“Game of Thrones fans are always looking for new ways to represent their love for the show and their favorite characters,” said Jeff Peters, VP of Licensing and Retail at HBO. “With Danielle Nicole’s new bags and accessories, they can carry their fandom out into the streets and represent the show in their own personal looks”.

Each piece is made with non-leather materials and will be available starting November 8th at Boxlunch.com and on December 8th at Danielle-nicole.com. Prices of the collection range from $18 to $88. Here are a selection of the pieces up for grabs, including backpacks, crossbody bags, coin purses, cosmetic bags, and wristlet pouches! There’s something for everyone- it really is a beautiful and wearable collection. 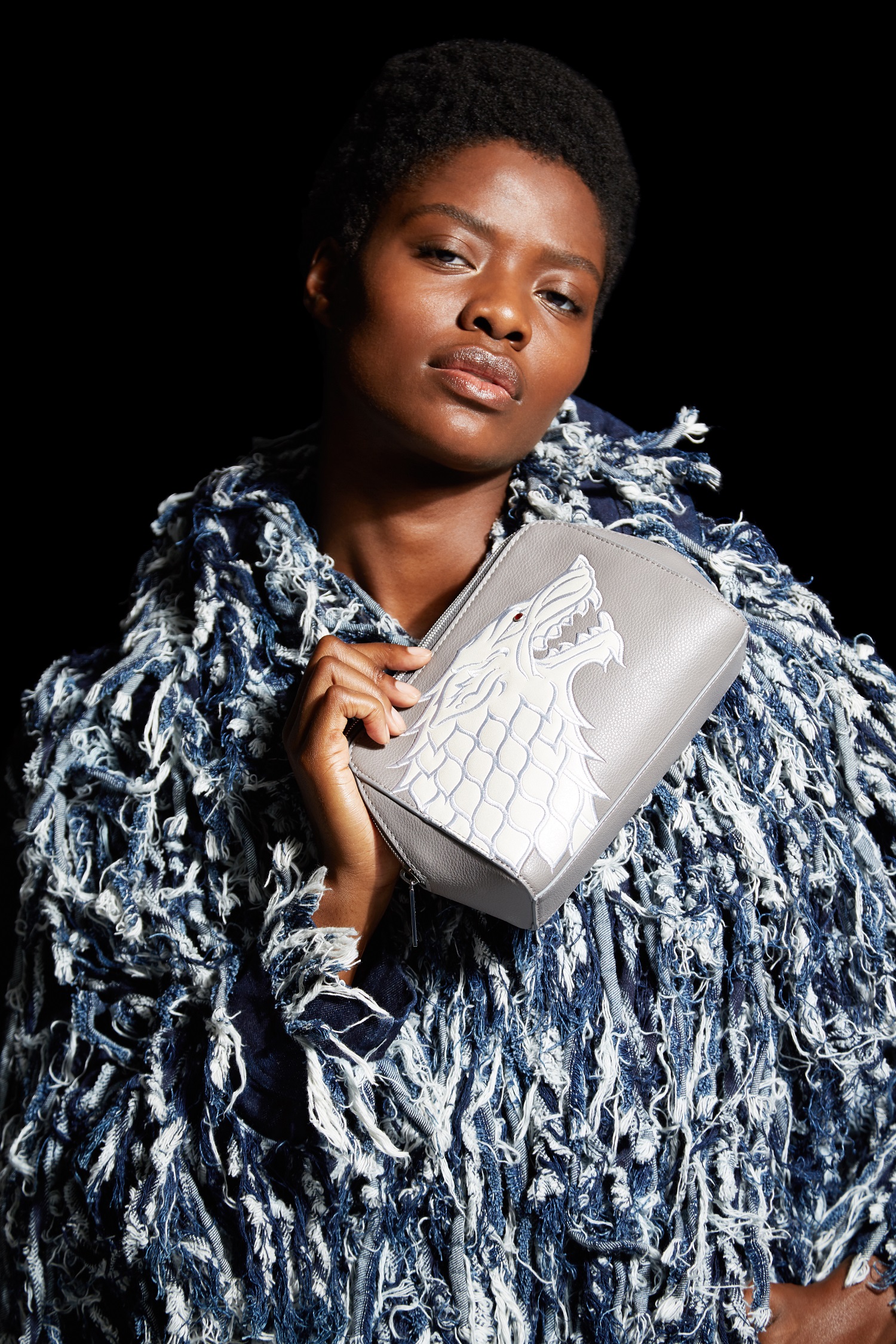 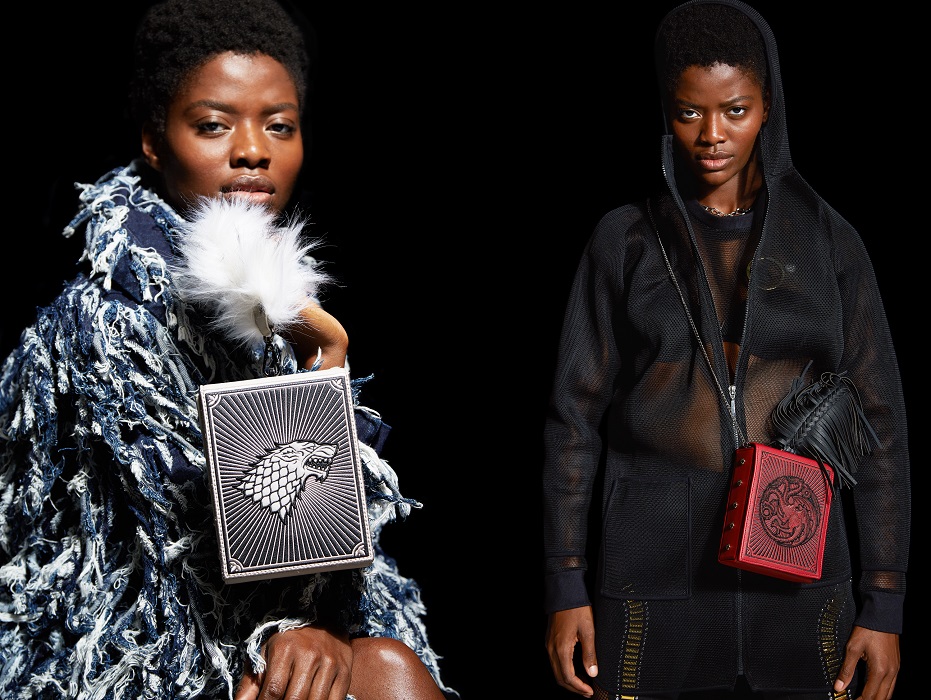 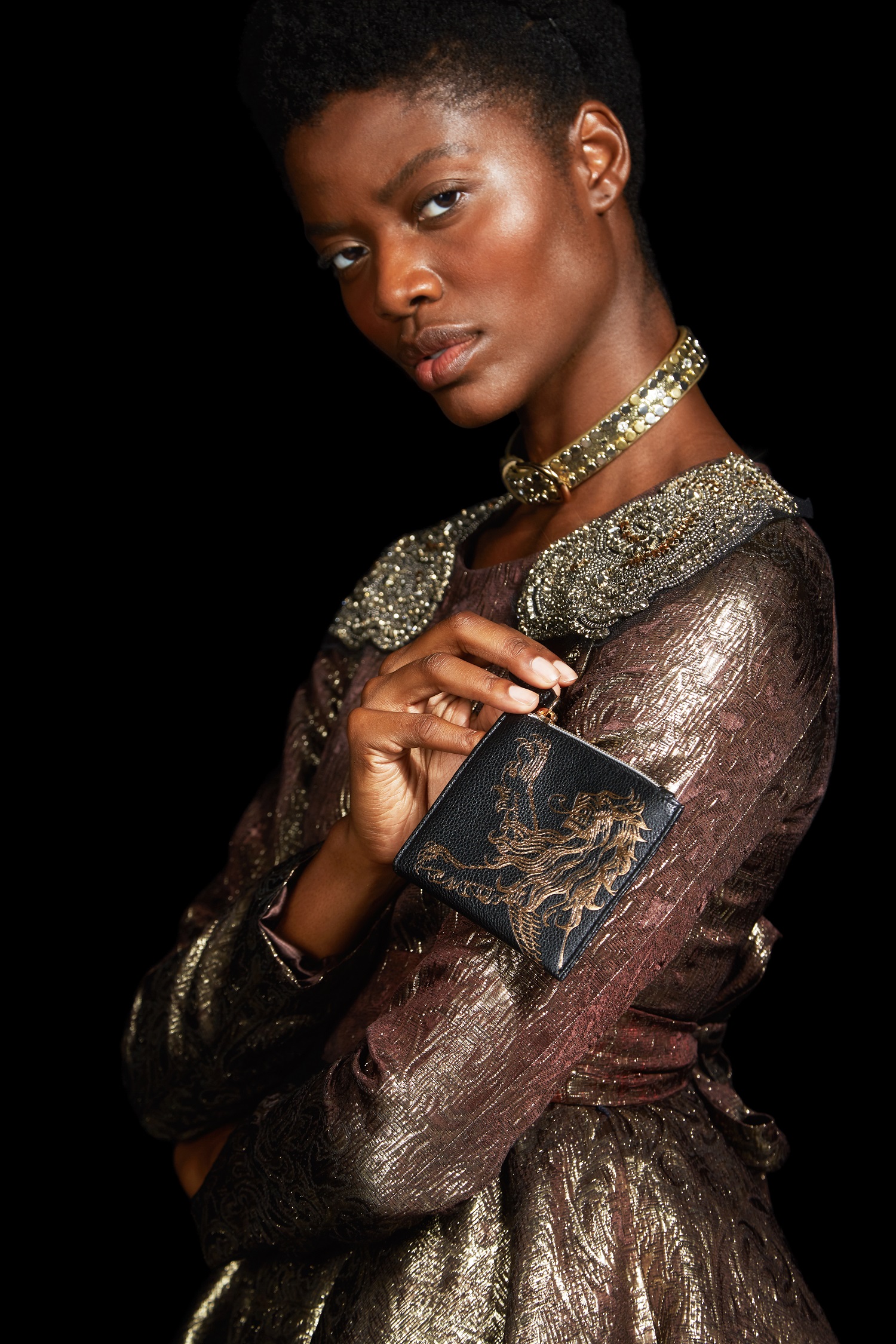 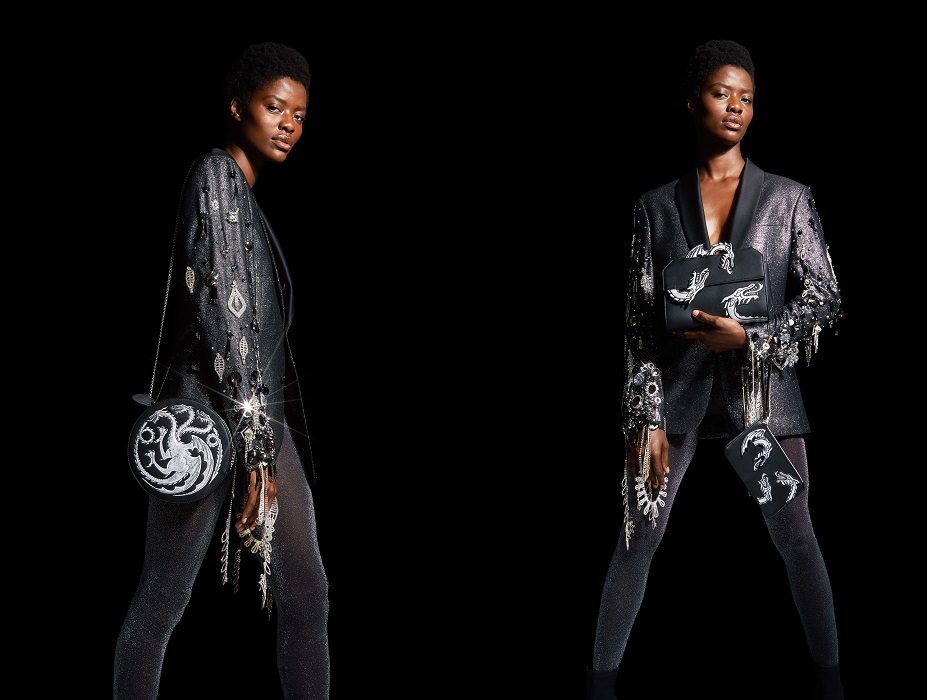 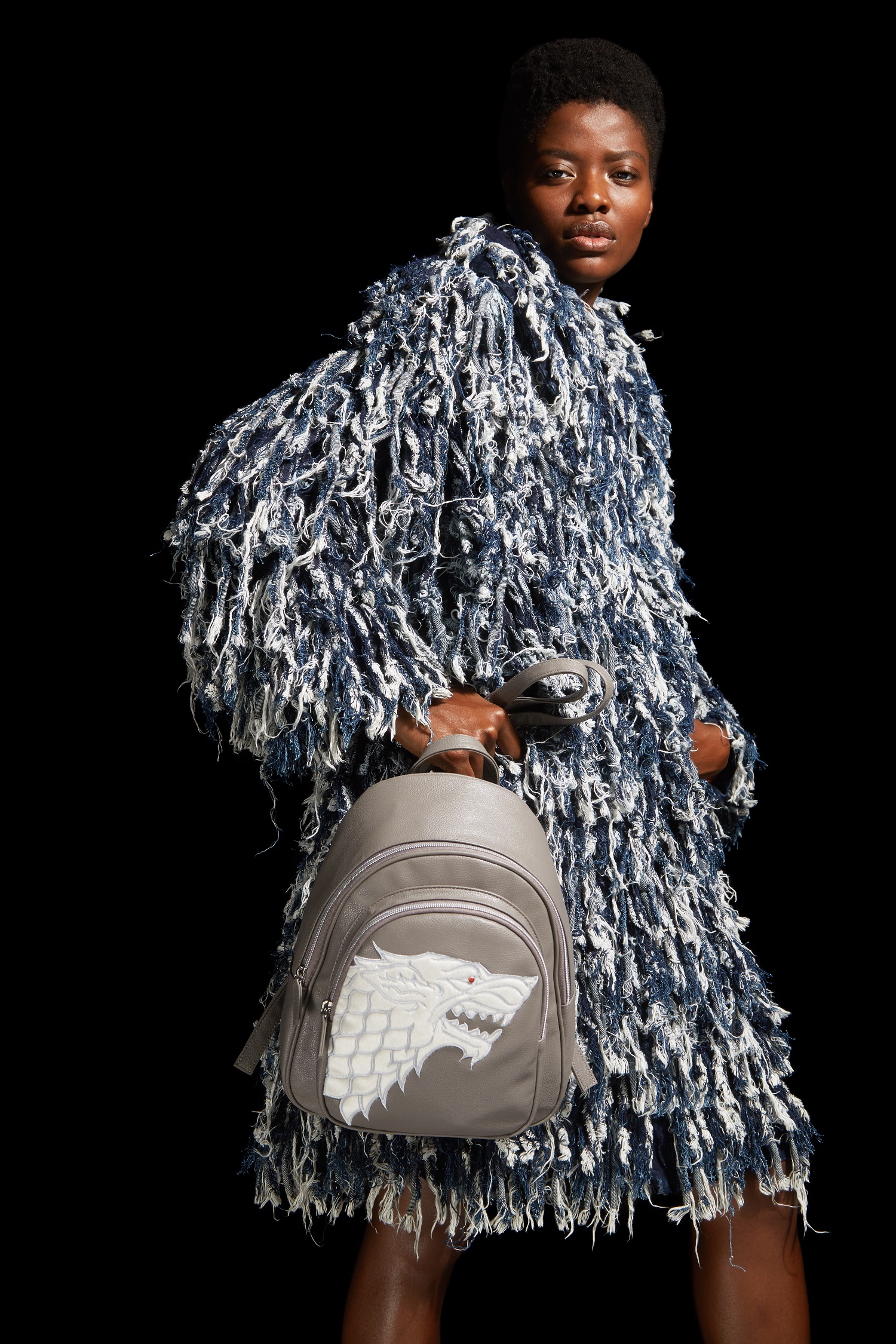 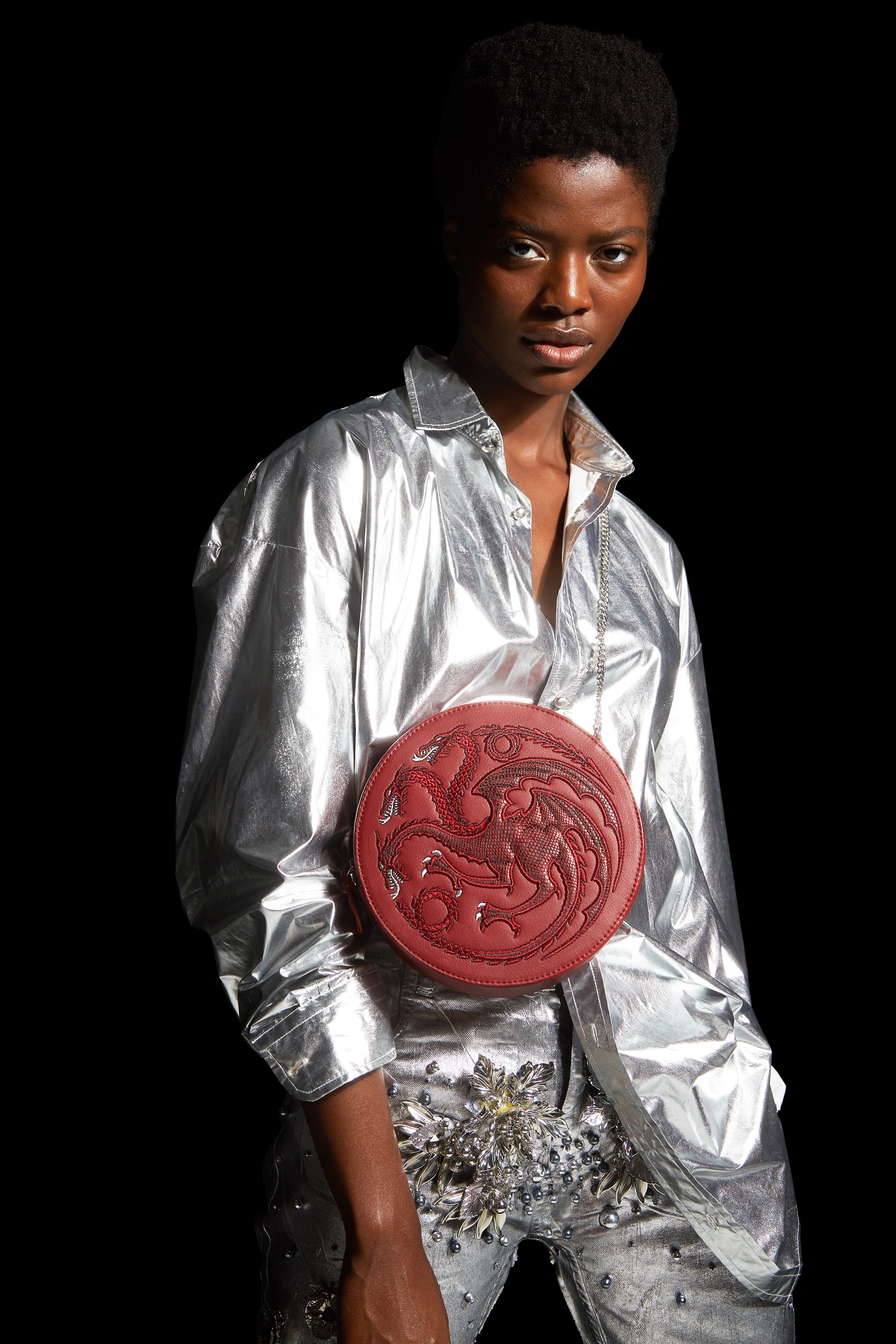 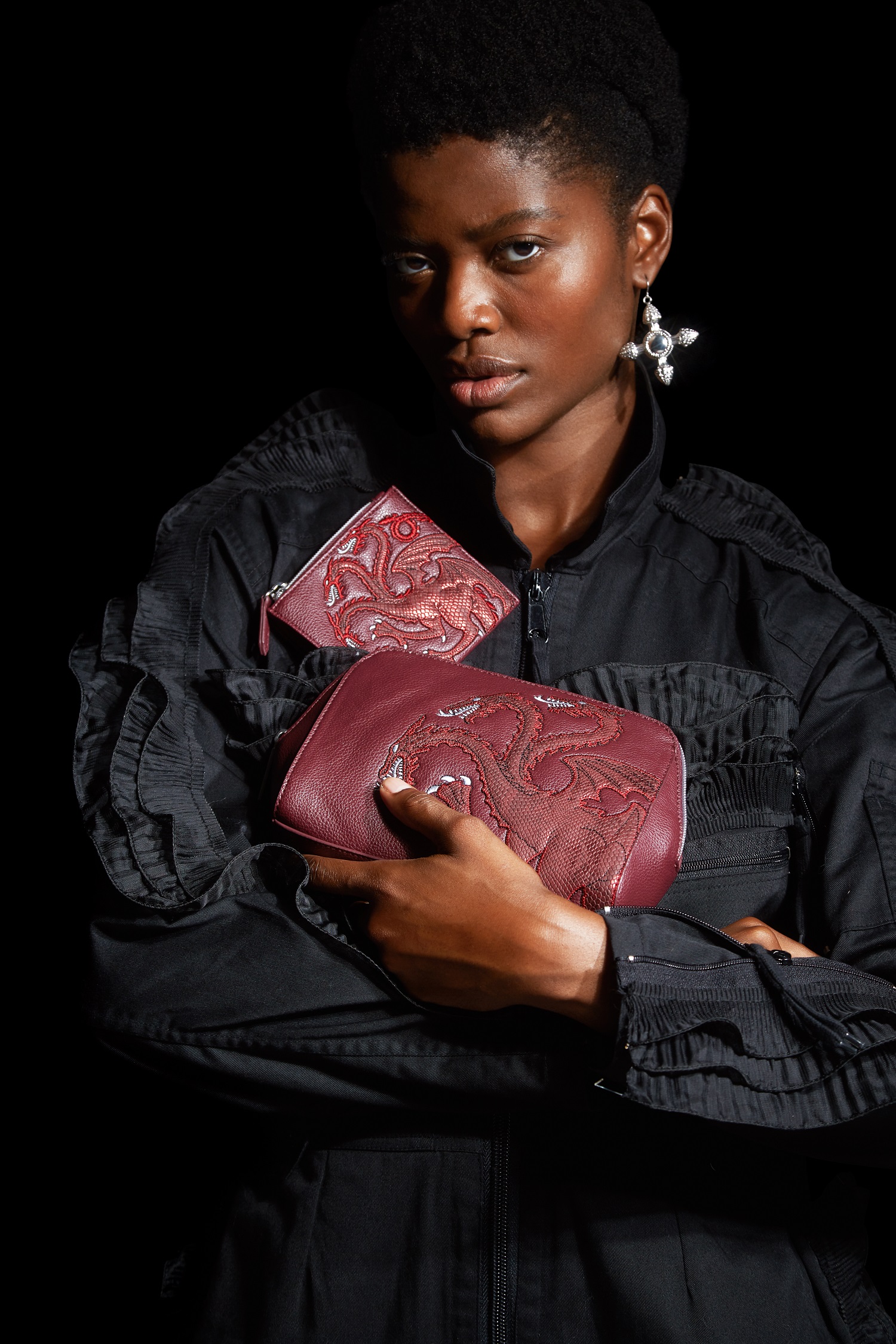