Gwendoline Christie says Kristofer Hivju stays in character -- all the time | Watchers on the Wall | A Game of Thrones Community for Breaking News, Casting, and Commentary 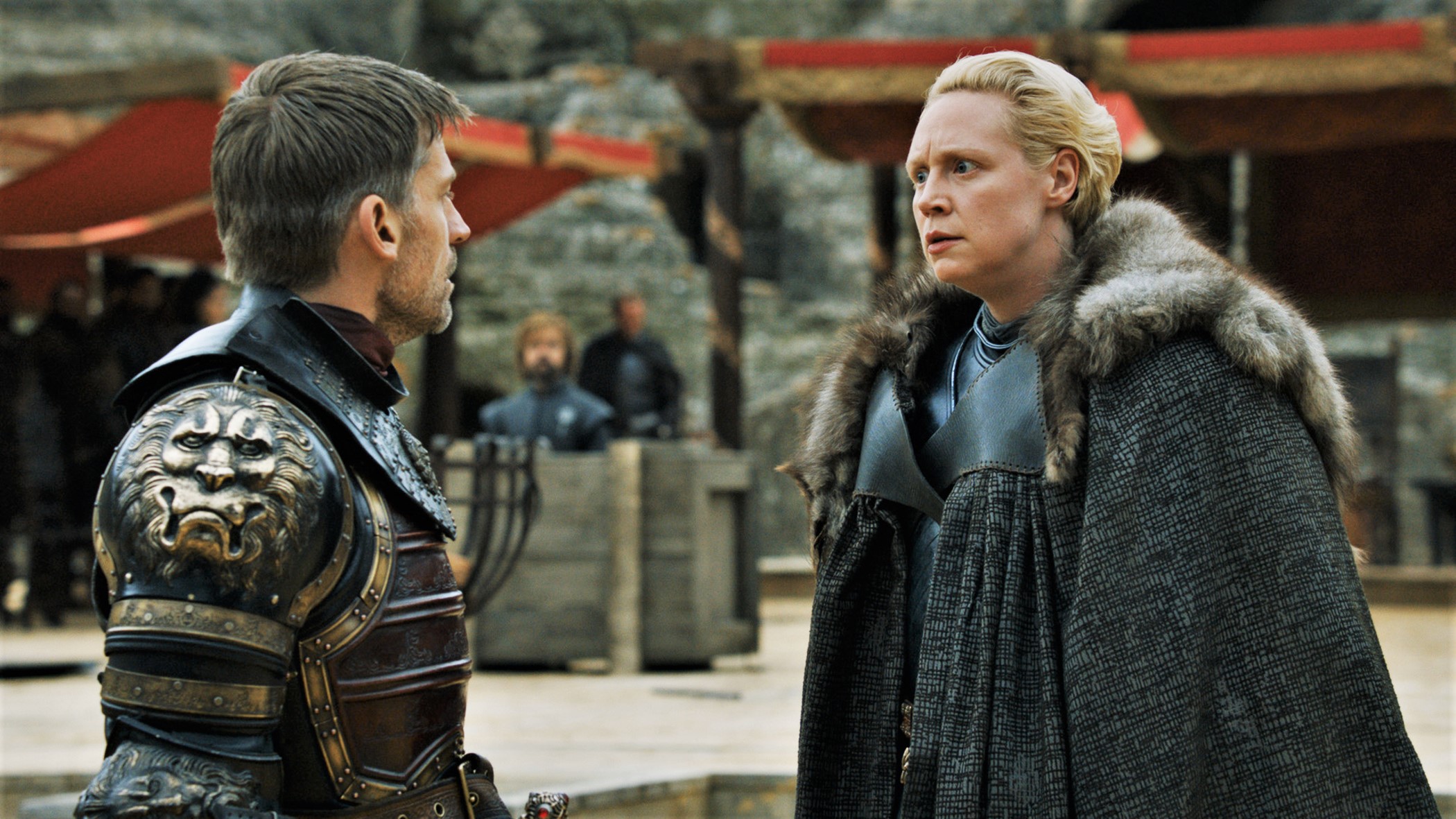 Brienne of Tarth doesn’t have time for laughs on the show, but off-screen is different.

From the moment we saw Tormund (Kristofer Hivju) making eyes at Brienne of Tarth (Gwnedoline Christie) across the table at Castle Black in season 6, the Brimund — or is it Tormienne? — shippers have gone wild every time the two are in a scene together, even if Brienne is decidedly uncomfortable at the red-haired wildling’s leers. And that doesn’t stop even in between takes, according to Christie.

The two will be waiting for their next scene and having a bite to eat and Hivju “will just start chewing a sandwich wildly at me, really making love to that sandwich as he eyeballs me,” like he did during their scene together in Castle Black, Christie said in a recent appearance on Late Night with Seth Meyers. “Eyes like lasers.”

Christie revealed that she also has a tendency to break down into laughter during scenes with Tormund — and that the grins and leers from Hivju are entirely of his own making.

“I’m a classically trained actress, but this is the one time I just dissolve,” she said to Meyers. “No one told me this was going to happen. All it says in the script is ‘Tormund gives Brienne a look.’ I wasn’t expecting the power, the magnitude, the intense sexual intentions of to pour out of a man’s eyes and just cover me completely!”

Christie also talked to Meyers about how her fans are often respectful about asking for photos, with one notable exception: when a woman slid her phone underneath a bathroom stall divider and asked, “Selfie?”