The ASOIAF subreddit picked up on Welt‘s German language interview, and user Whitebread100 provided a translation, which we’re thankful for. First, Welt asks Martin about his wide-ranging workload, beyond the writing of his final A Song of Ice and Fire novels:

“I’m currently developing the prequel series for HBO. I also have another deal with the station: I’m supposed to produce more series for them, those that don’t originate in the universe of my own stories,” Martin explains. “I’m working with writer Nnedi Okorafar on a film adaptation of her science fiction novel Who Fears Death. And I own a small art house cinema in Santa Fe, where I live. It all takes up a lot of time. But I like it.”

Now, as for the final season and how it relates to the two remaining books he’s writing, Martin is quick to point out, as he has before in other words, that “people know an end – not the end.” He elaborates: “The makers of the TV series overtook me, which I didn’t expect. Nevertheless I continue what I’ve been doing for years: I still try to finish first the next book Winds Of Winter and then the follow-up novel A Dream Of Spring. These are the things I concentrate on. After that we will see.” 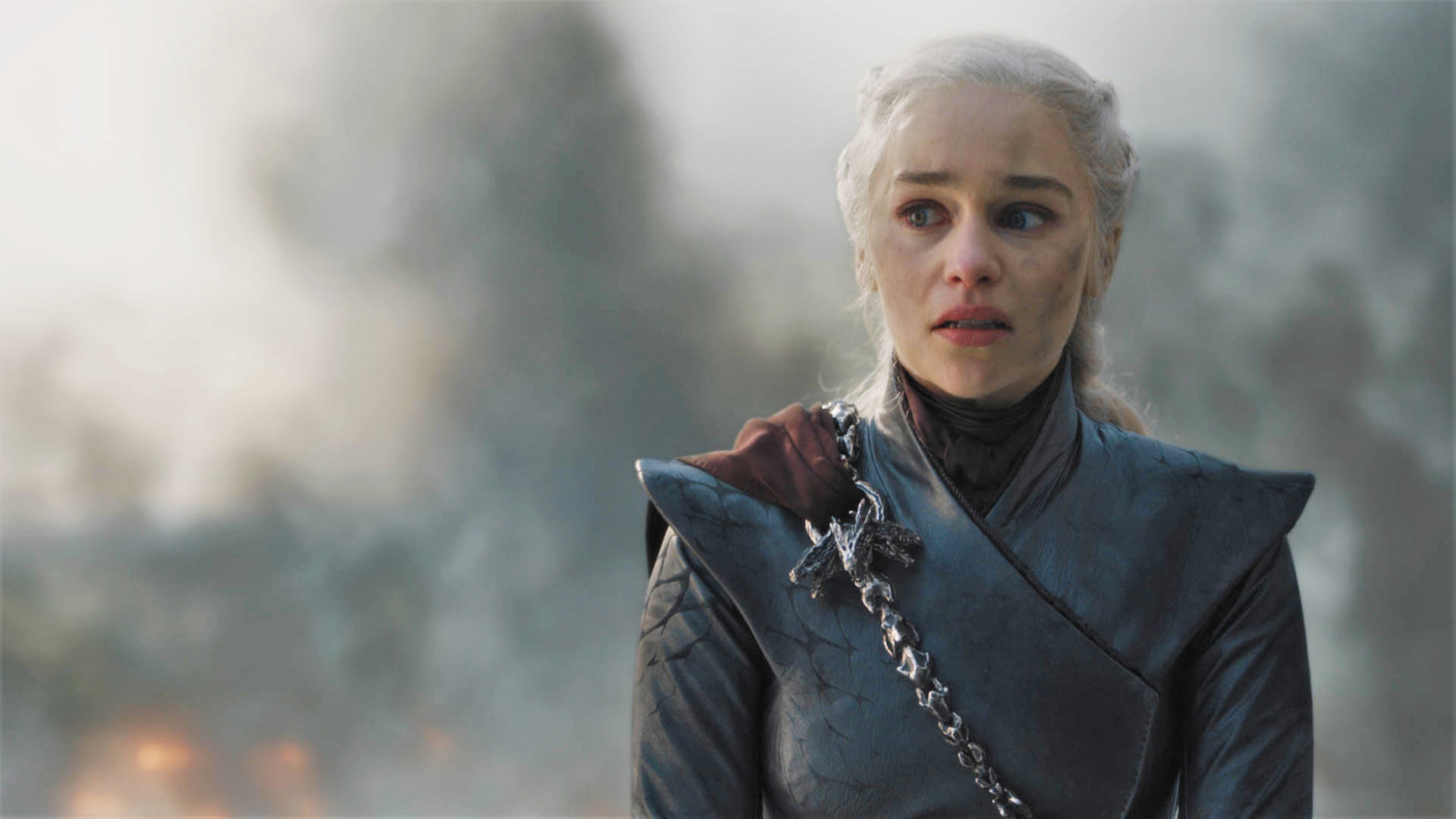 When pressed further about how he’ll tackle readers knowing the broad strokes of the ending, and Dany’s fate in particular, Martin resorts to his favorite answer:

“Counter question: How many children did Scarlett O’Hara have? In Margaret Mitchell’s novel Gone with the Wind she had three children. But in the cinema version of the novel she had only one child. Which version is the only valid one – the one with one child or the one with three?” Martin asks. “The answer is: neither of the two. Because Scarlett O’Hara never existed, she is a fictional character, not a real person who would have had real children. Or take The Little Mermaid. We know her from the fairy tale of the same name by Hans Christian Andersen and from the Disney film. Which one is the real mermaid? Well, mermaids don’t exist. You can choose the version you like best. That goes for any story adapted for cinema or television. In this process, change is inevitable. Even if the adaptation is as faithful to the literary original as it was in Game of Thrones.”

As usual, and very much like showrunners Benioff and Weiss, Martin is evasive about which aspects of the final season were based on the outline he delivered the showrunners years ago. What that means is open to interpretation, of course. Personally, what I take from Martin avoiding to answer the Daenerys question directly is that, whatever differences there may end up being in the road to her fall from grace (however many children Scarlett O’Hara has), her story will still inevitably end in that fall. Then again, I’m no mind reader. What do you think his evasiness means?