Game of Thrones: Working on the Weekend | Watchers on the Wall | A Game of Thrones Community for Breaking News, Casting, and Commentary 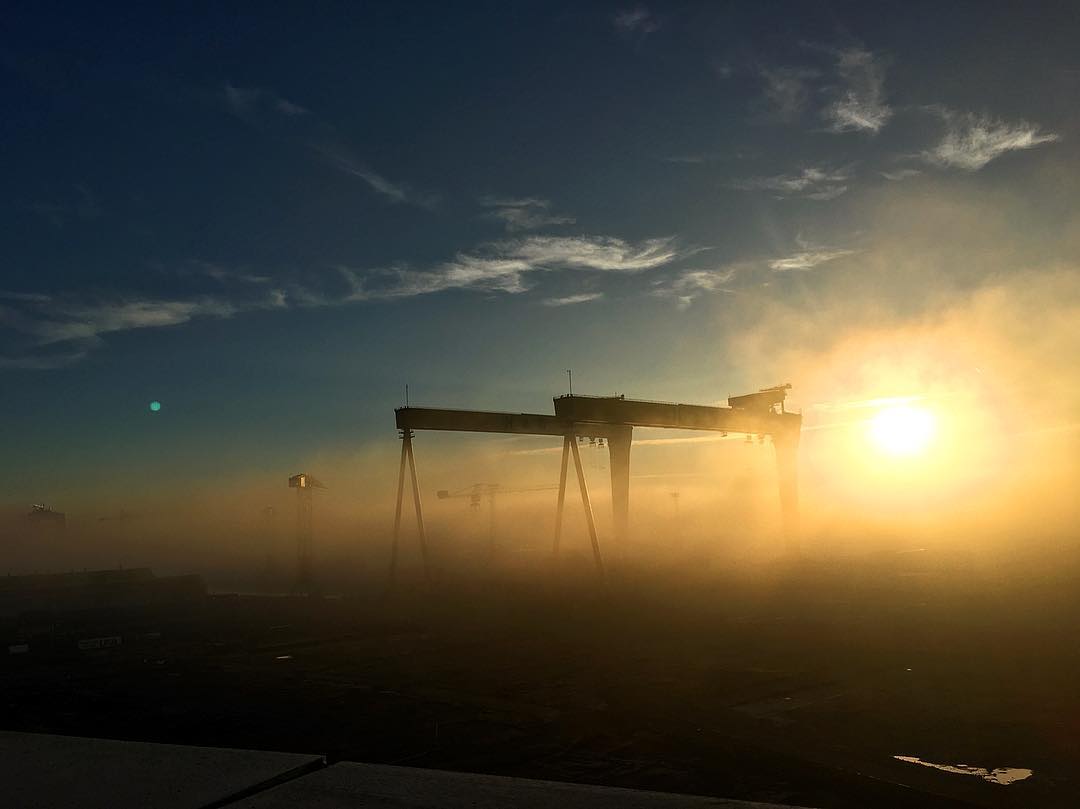 Creating Game of Thrones is a seven-days-a-week gig sometimes. You never know when you’ll see the cast and crew of the show hard at work on making the new season, and this week is no exception.  Even series star Emilia Clarke reported for filming on a Sunday, and crews are now back to work on a familiar set.

This morning, Clarke shared a photo of the well-known Harland and Wolff cranes in Belfast, which are found right by Titanic Studios. Clarke says with the photo, “Belfast you are shining for us this morning.”

Yesterday, GoT trucks and the standard pink “GOT” signage were spotted out at Magheramorne Quarry. The disused quarry is home to the Wall and exterior Castle Black set. Luckily, a fan saw the trucks in place and snapped a couple photos:

Who else might be joining Clarke at the studio today? Probably her usual crew- Nathalie Emmanuel was spotted this morning at a Belfast hotel, along with John Bradley:

Either way, it’s great to see activity resuming at the Wall. With Jon Snow’s story shifting a little south to Winterfell, I was curious how much of Castle Black we’d be seeing this year. Bran was last seen near the Wall, and it’s inevitable that the White Walker army will reach it- will they breach the Wall and bring it down in season 7?