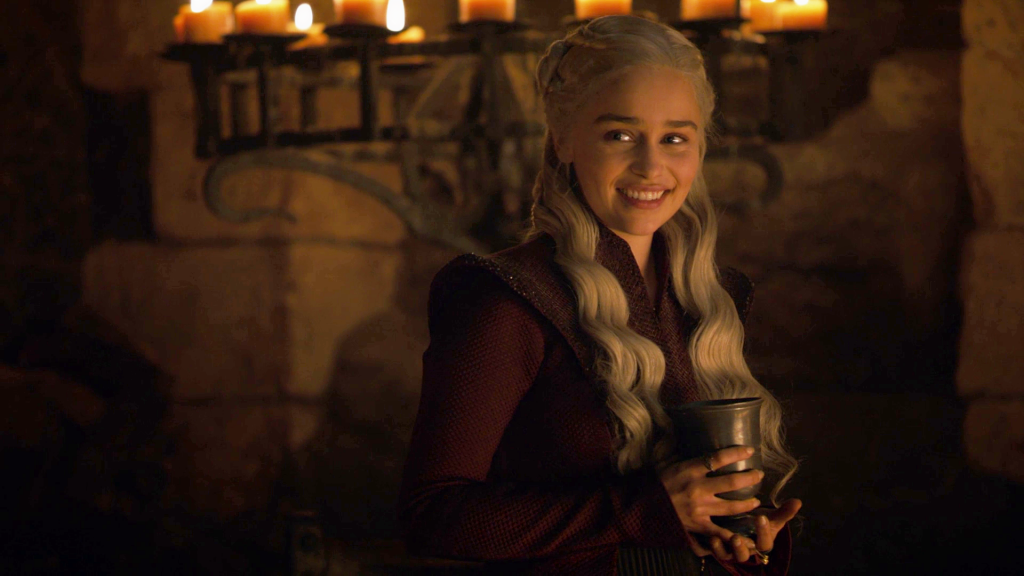 Dany is happy about GoT bringing home more awards!

The Oscars are finished, the Emmys have come and gone, the Tonys wrapped up two weeks ago, but awards seasons wasn’t over quite yet — at least not until Saturday night, when MTV held its annual Movie & TV Awards. And as long as there are accolades to be had where television is concerned, Game of Thrones stands a chance of winning them.

For its final season, Thrones was nominated for Best Show, Best Performance in a Show (Emilia Clarke), Best Fight (Arya vs. the White Walkers) and Best Hero (Maisie Williams), although it only took home the golden popcorn for Best Show. Jacob Anderson, who played the stoic Unsullied commander Grey Worm, was presented with the award on the red carpet ahead of the ceremony itself.

“A lot of amazing people work on Game of Thrones, so I feel weird being the one to hold this, but I’ve always wanted to hold one of these,” he said. “So, congratulations to everybody, all the people I love on the show, who have worked incredibly hard, you will get to touch this. Cast and crew, and everybody who’s amazing, we did it!”

Elsewhere in the broadcast, which aired Monday night, host Zachary Levi filmed a hilarious segment with himself cut into the Season 8, Episode 5 scenes at Dragonstone — flaunting new clothes he picked up in Dorne, writing “Jon and Dany are boning OMG!!” on raven scrolls and finally begging Tyrion to hand him a can of dragon repellent as Drogon prepares to roast him to a crisp. Levi’s comedic timing make it all work perfectly, and it’s worth four or five minutes of your time today: